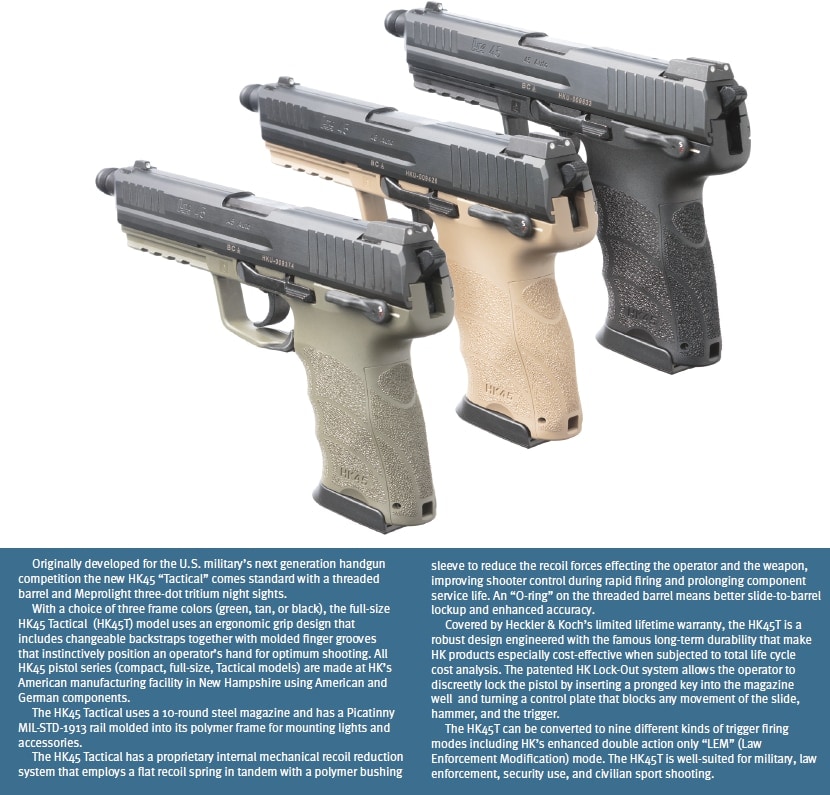 Heckler & Koch is adding a tactical version of their full-size HK45 to their catalog for 2013. The new HK45T, T for Tactical, has an extended, threaded barrel and is designed to be suppressed. It is also equipped with 3-dot charger-style tritium night sights. These sights are hooked at the front to enable one-handed charging of the slide, using an object for leverage.

The HK45 was designed in 2005 to compete in the Joint Combat Pistol program, a SOCOM project to find a replacement for the 9mm M9, which was suspended indefinitely a year later. H&K then decided to market the HK45, as it offers a host of improvements over the USP, H&K’s then-flagship service pistol.

While the HK45 has the same operation as the USP and is available in the same 10 variants, a combination of left- and right-handed models with DA/SA, DAO or H&K’s LEM triggers, with and without manual safeties, decockers or both, and uses the same recoil-operated action, it incorporates many of the improvements from the HK2000 pistol including the ambidextrous slide release, magazine release and interchangeable backstraps to fit to the user’s hand. It has a lower bore axis for a better grip and less felt recoil.

The HK45 also has a dual captured recoil spring assembly and uses a polymer buffer system for supreme recoil management.

H&K uses a different type of threaded barrel with their HK45; it has an o-ring built into it to ensure a tight, repeating fit with the slide for enhanced precision and accuracy. The barrel also has polygonal rifling for an exceptionally-tight bore, giving it better ballistics over traditional rifling.

The HK45T will be offered in three different frame colors, black, tan and green.

About the only part that might draw ire about this gun is the sticker; the MSRP is about $1,400, which translates to a little over a grand in real-world prices.

Specifications for the HK45T include a 5.2-inch barrel, a weight of 31 ounces including the magazine, a length of about 8.75 inches and a height of about 5.5. It feeds from 10-round magazines. It has an 11-pound DA trigger and a 4.5-pound SA trigger.

The HK45T represents a substantive step up from the HK45, and will be a must for H&K fans with cans. 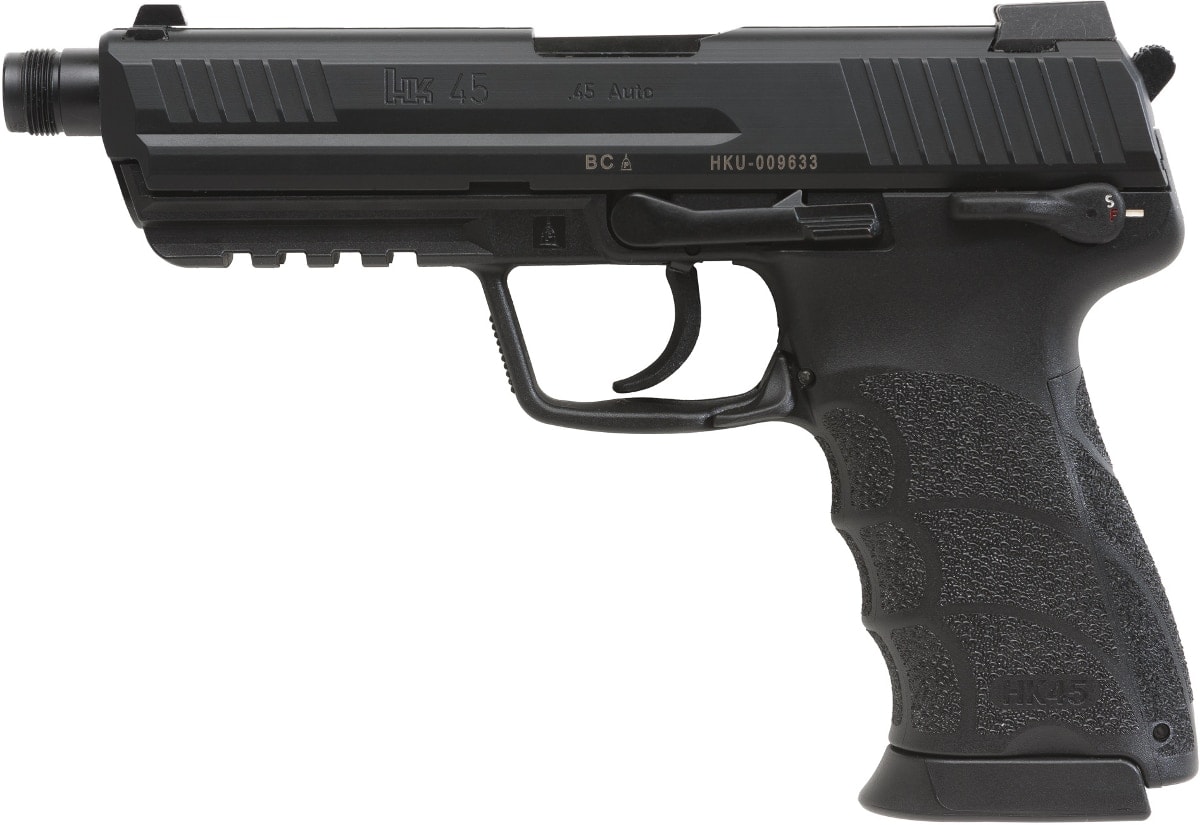 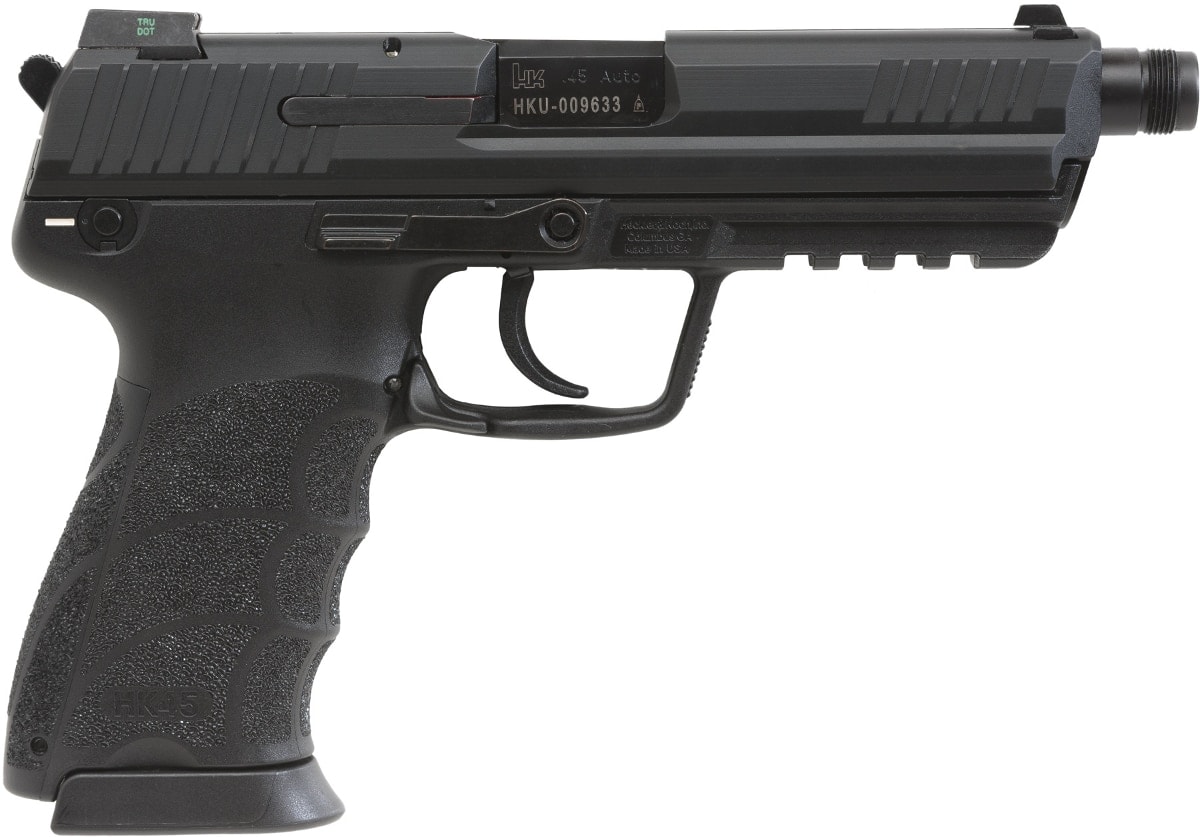 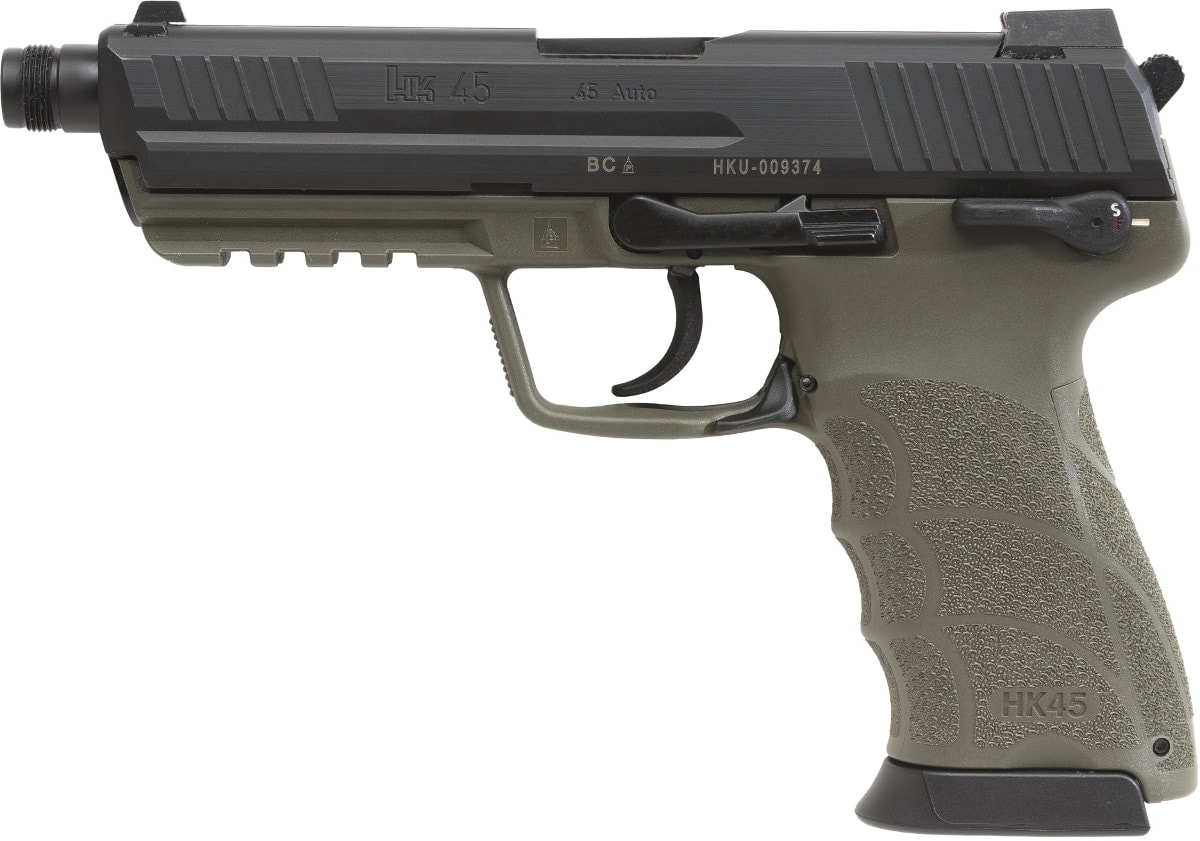 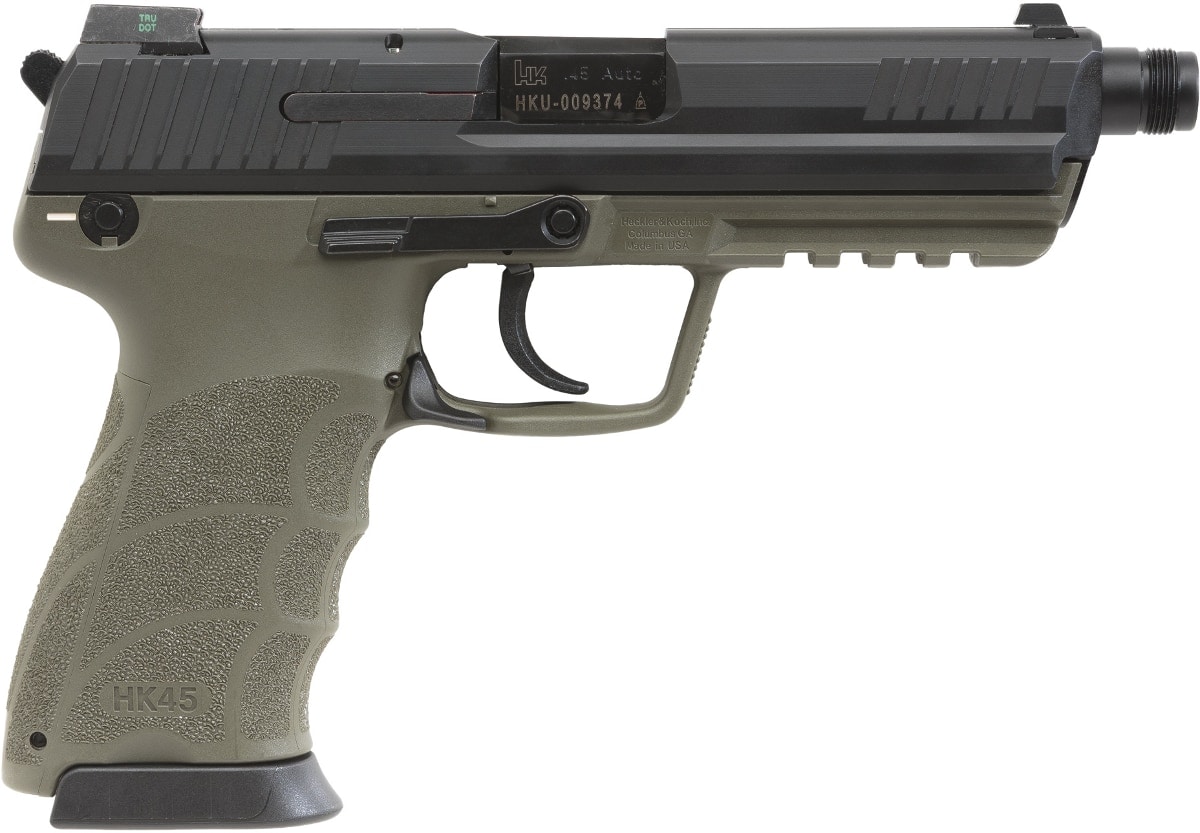 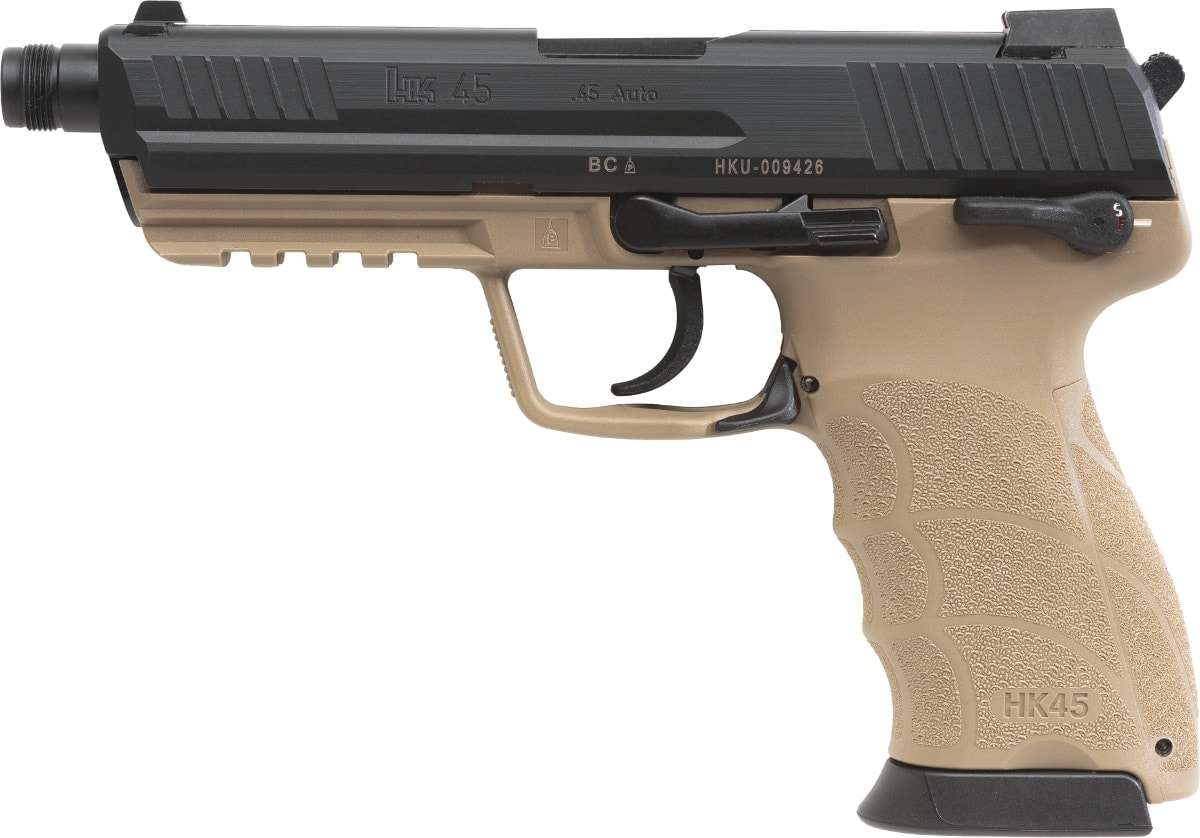 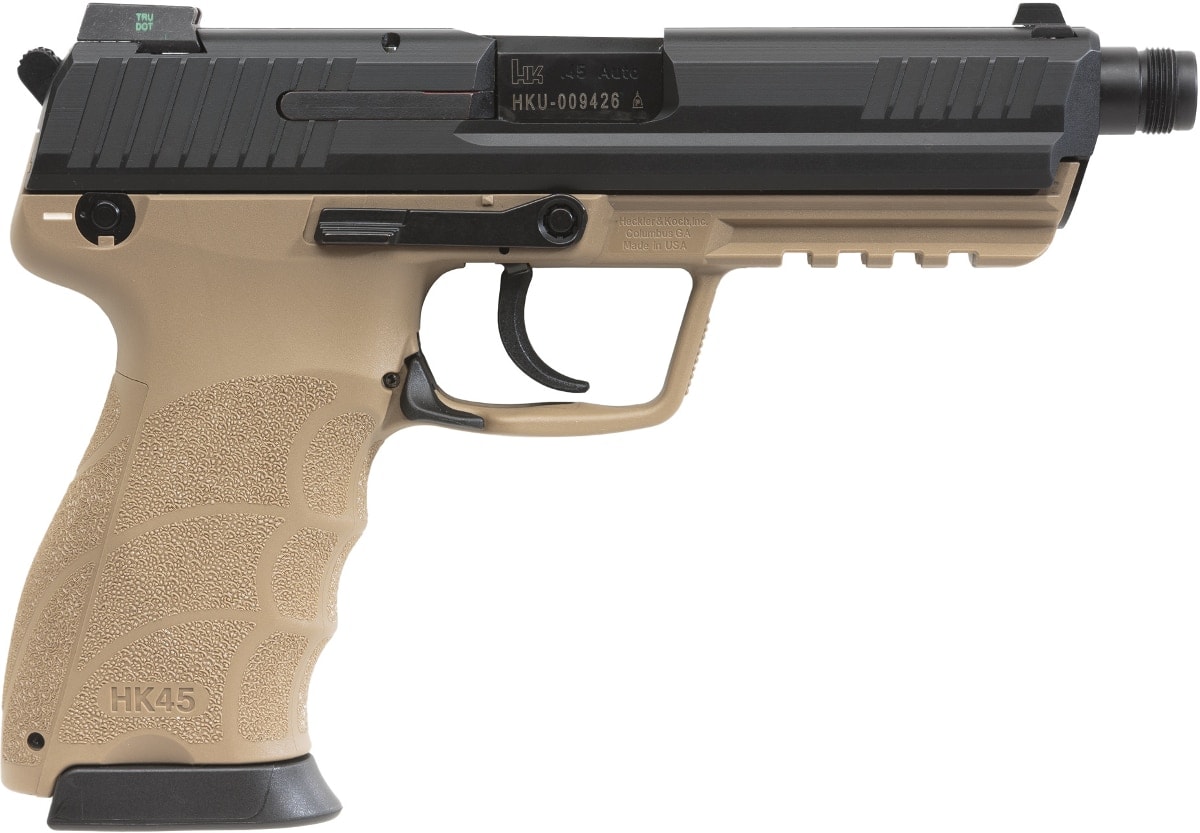