Journalist and gun-control advocate Rebecca Savastio posted her article “Gun, Glory and Facts” to the Guns.com Facebook page on Friday in an effort to spark a civil debate on gun control with the Guns.com readership.

To cut to the chase, her central arguments is that gun owners and gun rights activists tend to be glib, (if not uninformed/misinformed) when it comes to discussing ways to prevent future mass shootings and reduce gun-related violence.

One thing has become clear in the public discussion: Gun advocates seem as though they don’t really like discussing numbers, data and facts, unless those numbers, data and facts center around crime statistics unrelated to mass shootings, such as the number of knife attacks or the incidence of unspecified violent crime in a given country…

It is clear that the tactic of gun advocates is to dismiss mass gun murders as insignificant, and then attempt to shift the attention to the amount of people who are killed by other things each year.

My initial response is that Savastio should watch the following video, it’s from an objective source and it functions as a solid primer for anyone interested in having a fact-based discussion on guns, gun control and crime.

The conclusion is pretty straightforward: more guns do not create more crime.

Now, by citing that video, Ms. Savastio might accuse me of diverting attention away from the real issues, gun-related crime and mass shootings, and mudding the water with overall crime statistics.

Okay, that’s sort of a fair critique, sort of.

So, allow me to get more specific and turn to a study conducted by Virginia Commonwealth University professor Thomas R. Baker that examined gun ownership and gun-related crime in Virginia from 2006 to 2011.

Professor Baker found, according to the Richmond Times-Dispatch:

The total number of firearms purchased in Virginia increased 73 percent from 2006 to 2011. When state population increases are factored in, gun purchases per 100,000 Virginians rose 63 percent.

But the total number of gun-related violent crimes fell 24 percent over that period, and when adjusted for population, gun-related offenses dropped more than 27 percent, from 79 crimes per 100,000 in 2006 to 57 crimes in 2011.

“While there is a wealth of academic literature attempting to demonstrate the relationship between guns and crime, a very simple and intuitive demonstration of the numbers seems to point away from the premise that more guns leads to more crime, at least in Virginia,” said Baker, a researcher and criminology theorist.

One can also look at a recent article published by NaplesNews.com which shows that in Florida the firearm related violence is at a record low while concealed carry participation is at a record high (as reported in a previous Guns.com article, in December 2012, Florida became the first state in the nation to have 1 million active concealed carry permit holders, which turns out to be roughly 7 percent of the population eligible for CCW):

As state and national legislators consider gun control laws in the wake of last month’s Connecticut school shooting, Florida finds itself in a gun violence depression. The Firearm-involved violent crime rate has dropped 33 percent between 2007 and 2011, while the number of issued concealed weapons permits rose nearly 90 percent during that time, state records show.

Again, the evidence suggests that more guns do not create more crime.  Or, to be more precise, gun ownership has a statistically insignificant effect on crime rates.

Now, with respect to mass shootings, Ms. Savastio proposes – like many of her peers – that a ban on ‘assault weapons’ is an appropriate response in the wake of the Sandy Hook Elementary school shooting.

“Most gun control advocates don’t want to come and take all of your guns. We simply want tighter laws on who can own a gun, and a ban on assault weapons that is not retroactive,” Savastio wrote.  “We want stable, sane and rational people to be able to own guns.”

The problem with a ban on ‘assault’ weapons is that, well, there’s no proof that it will be effective at curtailing gun-related violence or at preventing mass shootings (from wiki).

The Centers for Disease Control and Prevention studied the “assault weapon” ban and other gun control attempts, and found “insufficient evidence to determine the effectiveness of any of the firearms laws reviewed for preventing violence.”

A 2004 critical review of research on firearms by a National Research Council panel also noted that academic studies of the assault weapon ban “did not reveal any clear impacts on gun violence” and noted “due to the fact that the relative rarity with which the banned guns were used in crime before the ban … the maximum potential effect of the ban on gun violence outcomes would be very small.”

The United States Department of Justice National Institute of Justice found should the ban be renewed, its effects on gun violence would likely be small, and perhaps too small for reliable measurement, because rifles in general, including rifles referred to as “assault rifles” or “assault weapons”, are rarely used in gun crimes.

Statistically speaking, rifles are used to commit less that 4 percent of murders nationwide.  The AR-15 – like the one used at Sandy Hook – is just one particular subset of that category.

It’s also worth pointing out that (a) the shooting at Columbine High School occurred when the Clinton-era AWB was in effect, which included a ban on high-capacity feeding devices and (b) a sociopath with a pistol can be just as deadly or as dangerous as one with a high-powered rifle, as Seung-Hui Cho proved in his attack on Virginia Tech, the deadliest school shooting in America’s history.  Cho killed 32 people and wounded 17 with two common handguns.

Ms. Savastio concludes her article with the following appeal to gun owners:

I call upon you to think critically here. Don’t read a random person’s letter or a meme going around Facebook and take it as fact. Do your own research. Wade through government Websites, read studies. Think more deeply and in a more linear fashion, because we’ve got to stop mass shootings and we have to come together to do so.

I echo her thoughts.  Do your own research and look at the facts.  Then ask yourself this question: will a ban on certain firearms or more gun laws really deter someone who is mentally deranged from attempting to kill others? 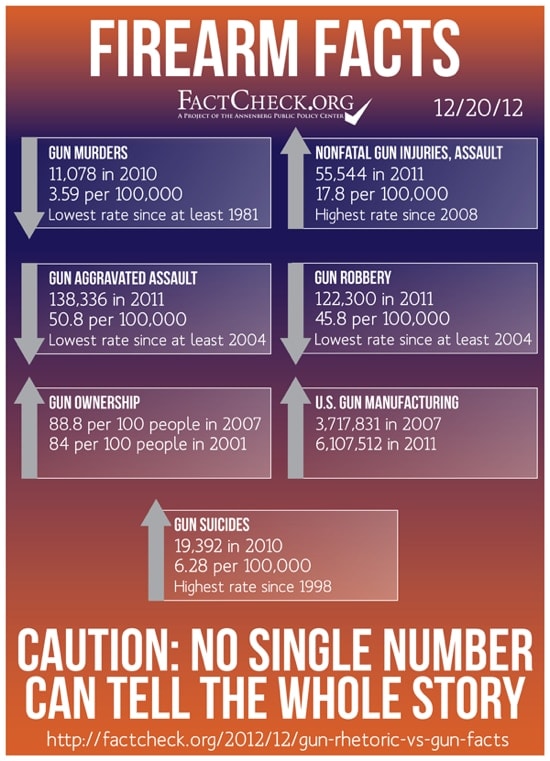