At the 2013 SHOT Show, ArmaLite, which is a major sponsor of the show, revealed the new AR-30A1 bolt-action rifle available in .338 Lapua and .300 Winchester Magnum. While the new rifle retains the streamlined design of the original, ArmaLite managed to safely cram novel and practical features in every nook and cranny in the thing.

As the company explains, the new rifle is essentially an upgraded AR-30, which was introduced as a scaled down version of the AR-50 in 2000. And while the A1 resembles its predecessor, really the only aesthetic features that transferred are the pistol grip, buttpad, trigger, and a handful of small components, otherwise everything else has either been replaced or improved. 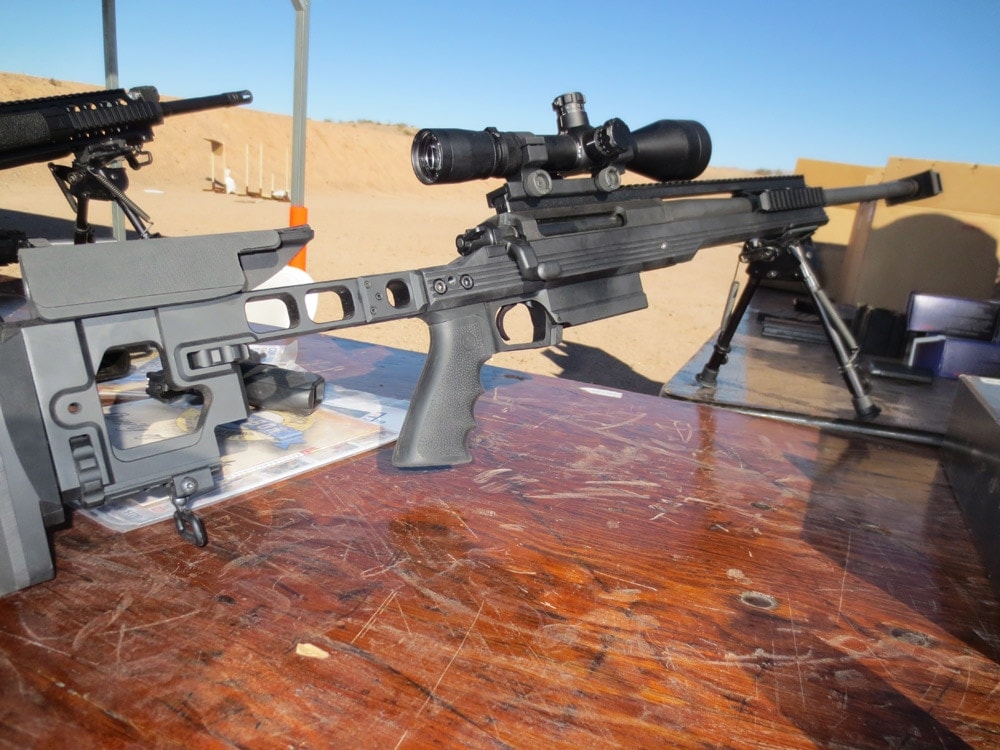 The changes were based on consumer response, ArmaLite spokesman Nathan Brinkmeyer told Guns.com.

No matter the caliber or style (standard or target), the muzzle will be threaded to fit a standard sound suppressor without the need for an adapter. This novel feature allows you to screw the can directly onto the barrel (26 inches for .338 Lapua; 24 inches for .300 Win Mag).

“When people want it, it’s good to just standardize a feature [like that],” Brinkmeyer said.

The bolt handle has also been reshaped so it’s more intuitive for the shooter. Before ArmaLite used a round bolt knob and has now replaced it with a flatter, wider handle. Similar to something like Anschutz’s Fortner bolt handle. In addition, ArmaLite now machines the bolt so it fits a bit tighter in the receiver, but it still has smooth, fluid movement.

Internally, the safety has been changed to what looks like a big flag behind the bolt handle. To engage it, the user has to flip the safety 180 degrees, however, it locks the firing pin to the rear rather than blocking the trigger. ArmaLite said they changed it because they saw a bolt-mounted safety as stronger and more secure design. 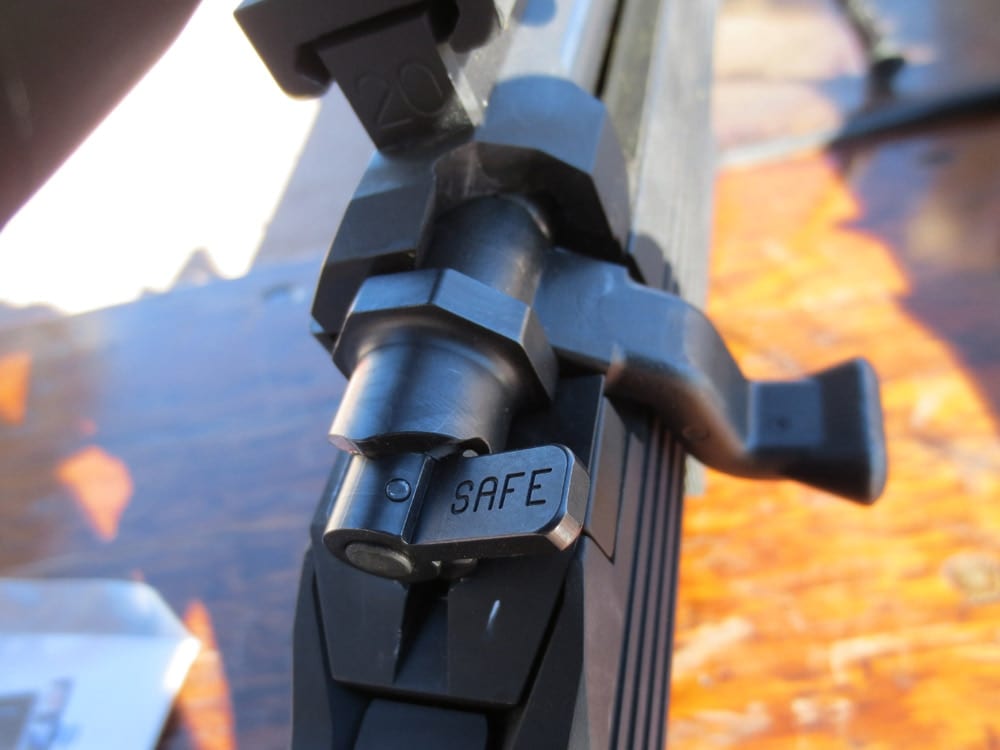 The less sexy features are still incredibly convenient. The cheekpiece supports can hold cleaning gear, there are multiple sling mounting points so the rifle can be slung on either the left or right side, it’ll have an ambi mag release, and the buttstock can be fastened or completely removed with the twist of an allen wrench. In addition, of the two variants available (standard and target) the most noticeable difference is the adjustable butt stock (for an addition $200).

And the last of the improvements combat wear. The receiver has had military grade anodizing and phosphating finishes, so the coat reduces glare, enhances durability and better resists corrosion.

Besides my teeth rattling together after every shot, recoil on this sucker was manageable. While ArmaLite boasts 1/4 to 3/4 MOA at 300 yards, during Media Day we were able put rounds destroy tin plates at 100 yards, dinging them every time.

Certainly law enforcement will get first dibs on this, but ArmaLite said the AR-30A1 is available now while supplies last. MSRP is set between $3,264 to $3,599 depending on caliber and style.