Back in 2011, Silencerco bought SWR Suppressors.  The purchase increased Silencerco’s foothold in the suppressor market and gave them an additional brand, one that allows them to offer their innovation and craftsmanship at a lower price point.  Usually that means a lower quality product, but not with SWR.

Silencerco makes really durable suppressors.  Their Saker represents the pinnacle of their product development.  This 5.56 can is highly adaptable, and can attach to just about anything.  The interchangeable end-caps allow for modifications such as flash hiders. 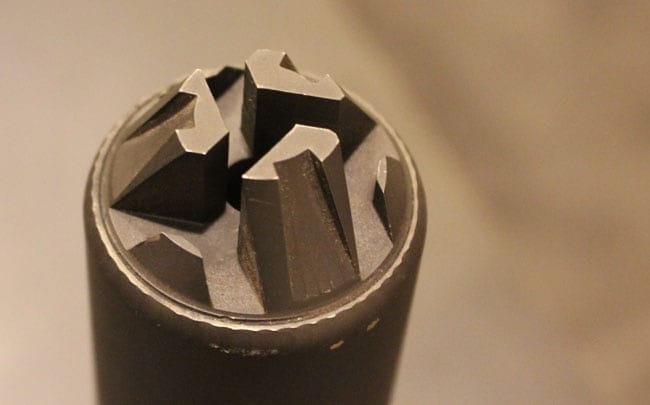 And they’ve just released a 7.62 suppressor from their SWR brand.  The Specwar is perfect for shooters who are working with larger calibers.  While a .308 isn’t going to be silenced, exactly, it will be much tamer.

Media Day at the SHOT show just might be one of the most absurd places to test-fire suppressors.  Image a firing line close to a mile long.  Everything from .50 caliber rifles, down to airguns. An incredible wall of sound.  And yesterday was bitterly cold and windy, too.  So while Silencerco is doing their best to demonstrate the features of their product line, all anyone can really hear is the AK-47s blasting away three feet to your right. 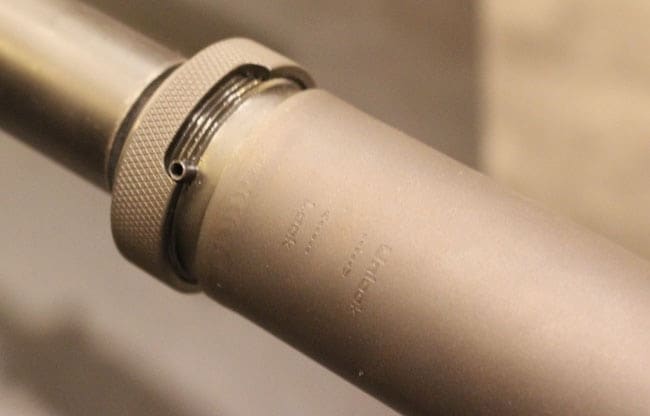 But I think that’s the point.  That’s all I could hear.  I wish every gun on that line had been equipped with a suppressor.  It would have made things much easier. 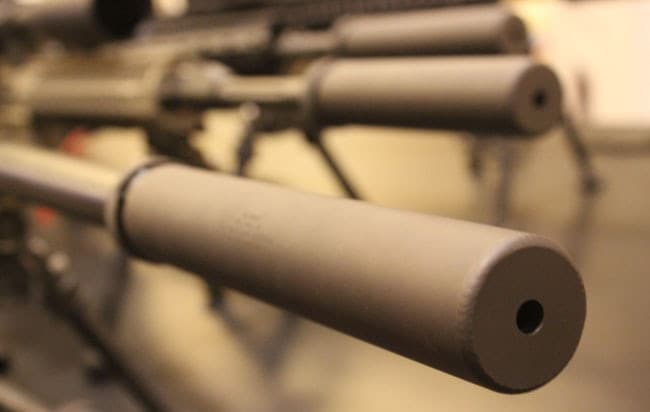 So anything I can tell you about the actual performance of the Specwar would be a bit of conjecture.  But the feeling without the accompanying concussive boom is still easy enough to pick up.  We’re looking forward to seeing these away from the SHOT Show, so we can see how they really sound.

The Specwar will sell for $900, or so.  The Saker retails for closer to $1,250.  The price difference, as I mentioned earlier, is less a reflection of quality and more a reflection of options.  The Saker has the interchangeable end caps, and can attach to almost any adapter or threads. 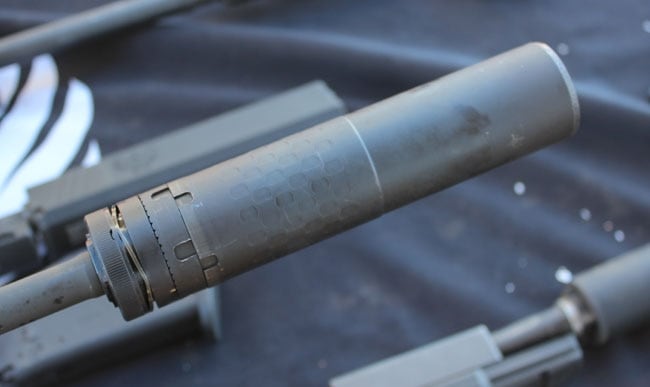 While the Specwar is less versatile, from a mounting perspective, it is just as well built.

We’re looking forward to testing out some of these suppressors.  It isn’t as easy as it should be, thanks to the paperwork involved.  But we’re working on it.