Your Grandpa's "Assault Weapons": What will a semi-automatic ban mean to collector firearms?

With both the ‘old’ 1994 Assault Weapon’s Ban (AWB) and the looming specter of a new one for 2013, there are several unlikely firearms out there that are caught up in the flakiness of this type of legislation. Many of these are arms that were perfectly legal when they were designed and sold mail order to your grandfathers. Today, if these heirlooms are in your gun rack, pending actions by Washington could mean they are now unforeseen targets.

In 1900, John Moses Browning invented a long recoil-operated semi-automatic rifle that uses a rotating bolt. Chambered for a number of intermediate caliber rounds such as the .25 Remington, .30 Remington,

The Remington Model 8 was one of John Browning’s most successful rifle designs.

and .300 Savage, it weighed less than 8-pounds but could take most medium game found in both Europe and the Americas. Sold by FN in Belgium as the Model 1900 and by Remington first as the Model 8 and then as the Model 81, Browning’s autoloader was very popular with almost 200,000 sold from 1906-1950.

Originally sold with a four or five round fixed magazine (depending on the caliber), aftermarket supply houses in the 1920s and 30s sold 15-shot detachable ‘police magazines’ via mail order. This made the Model 8 a favorite with those on both sides of the law.  Texas lawman Frank Hamer used at least two in the 1934 ambush of Bonnie and Clyde (who were fans of a Remington 8 as well).

This magazine, and (potentially) merely the mechanical capability to accept it, can lead to this gun being branded as an ‘assault weapon’ regardless of the fact that in most cases these guns are too collectable to shoot with a vintage mail-order 15-shot magazine installed.

One hundred and seven years ago in 1905, the Winchester Repeating Arms Company introduced the Model 1905, a short inertia-delayed blowback semi-automatic rifle. Firing either the .32SL or the .35WSL 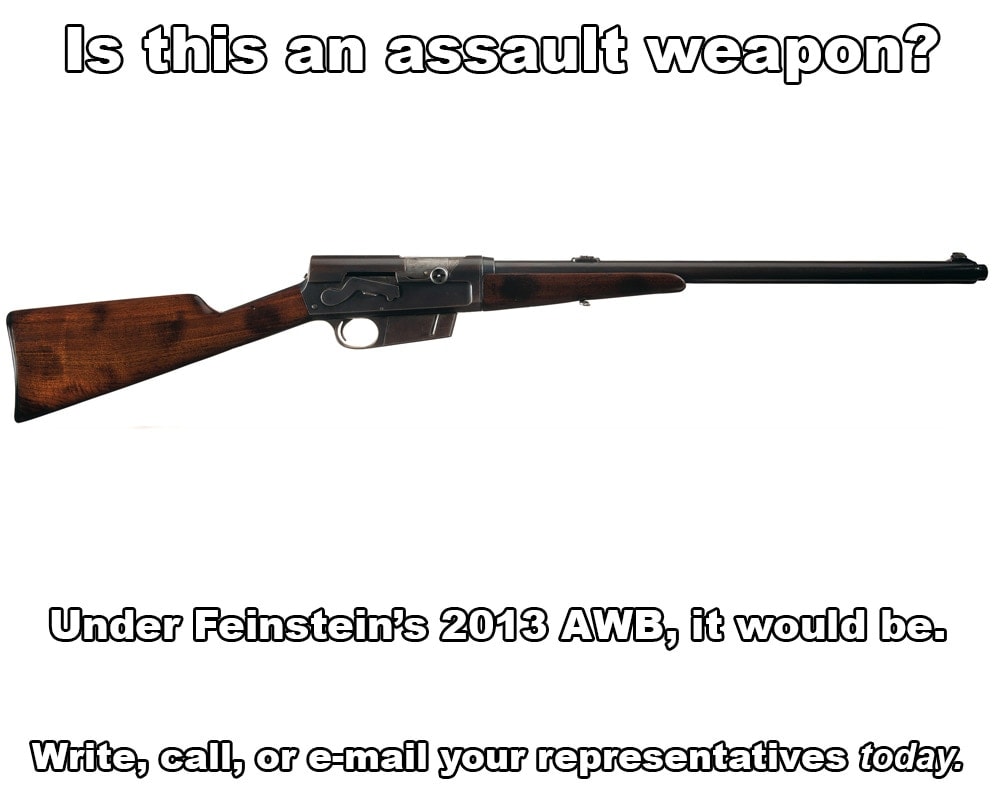 rounds (which just about mimic a .38SPL and .357MAG of today), the gun was an invention of Thomas Crossley Johnson, the man who later did most of the heavy lifting on Winchester’s famous Model 70. It was designed for medium sized game such as whitetail deer, coyotes, and bobcats but also found lots of love in police circles. The company produced more than 29,000 Model 1905s and a larger number of very similar Model 1907 and Model 1910 rifles as late as 1957.

The thing is, these rifles are in most cases capable of accepting a detachable box magazine, forward of the trigger guard that will accept 15-rounds of ammunition. Of course, don’t let the fact that .351 Winchester Self-Loading ammunition has been out of production since the Nixon administration stop that from happening. 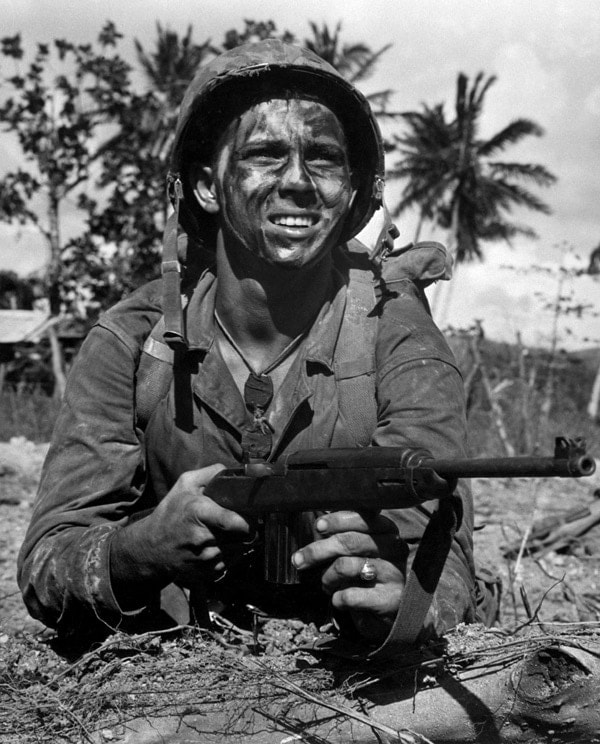 The M1 Carbine kept many Marines alive in the early 20th century. Now it needs Marines to keep it alive.

Designed as a semi-automatic little self-defense gun for Army cooks and truck drivers who didn’t need a full sized .30-06 battle rifle like the M1 Garand, the handy M1 carbine was built by the millions for the military during World War Two. Firearms automatically attain curio or relic (C&R) status with the ATF when they are 50 years old, and as all former USGI rifles were made prior to 1945, these guns are C&R eligible. Once sold for dirt cheap in the 1960s, these guns have been white-hot collector’s items since popular films such as Saving Private Ryan and Band of Brothers put them in front of a new generation of gun buyers. However, with its design accommodating ‘high capacity’ magazines (it uses either a 15 or a 30 round as standard), bayonet lug, and in some cases a folding stock, these 70-year old veterans are subject to ban and possible registration.

That’s a hard pill to swallow for a collector who just managed to find that elusive Rock-Ola Music Corporation or National Postal Meter manufactured carbine to finish their collection.

Considered the grandfather of the FN FAL (it uses the same bolt and gas system), this semi-automatic

The FN 49 has been around for well over 50 years but could be banned because it can accept a 20-round magazine.

rifle was made in the thousands in the 1950s and 60s. The navy of Argentina converted several of these from 7.65mm to 7.62x51mm NATO in the late 1960s and some were imported into the US in the 1990s. What makes this fifty year old a threat is that it has the capability to accept a 20-round magazine and in many cases has both a bayonet lug and muzzle flash hider. A similar fate is in store for the Soviet Tokarev SVT-38/40 battle rifle. These would make these curios, if you were lucky enough to have one, banned.

No matter how it shakes out, odds are there will be plenty of weird dilemmas to digest in the future.