It’s no secret that I like Mossberg shotguns, so I’ll spare you as much of my kid-in-a-candy-store reaction to the Mossberg booth at the SHOT Show here in Las Vegas.  But their lineup is impressive.  And it is just getting better.

We’re seeing a good bit of model creep this year.  There are few really innovative guns.  Mossberg, too, is making some changes to models we’re already familiar with.  But the additions are really logical and way over due.

Let’s begin with the 500 line of pump guns.  Mossberg now has options in 20 gauge 500s.  There are several different versions of their defense minded 500, and some that are more sporty.  They’ve even carried it over to the Maverick line.

But it is the 20 gauge defensive guns that I respect the most.  While I’m built to handle anything the 12 gauge can shoot, I have seen other shooters get so nervous about recoil that they aren’t effective as shooters.  Some folks need a smaller shotgun.  That’s all there is to it. 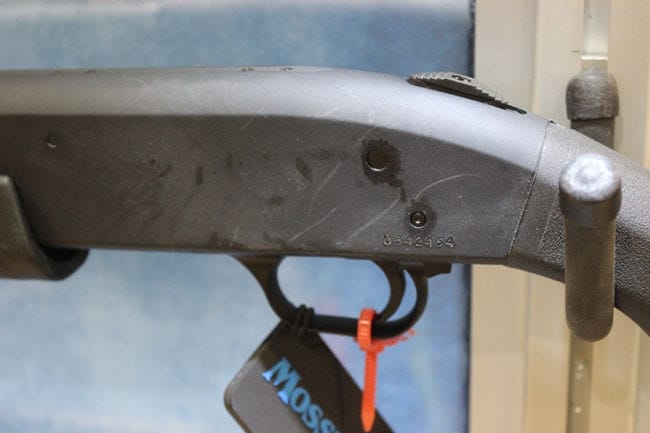 And an eight shot 20 gauge Mossberg 500 is going to provide that option for many of these people.  These guns are noticeably smaller, lighter, and they’ll be much easier to use. 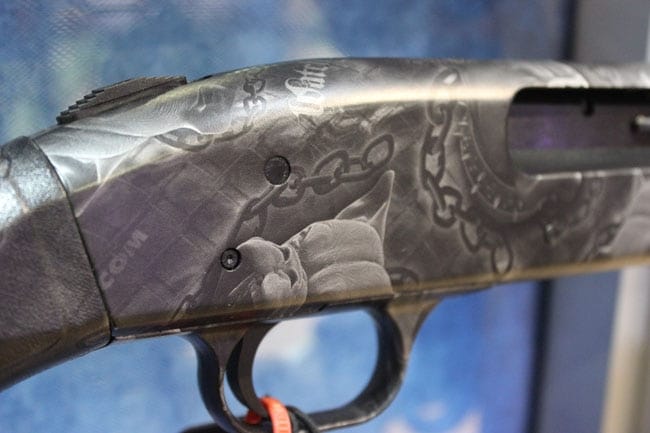 And there was something else that caught my eye.  This might be one of the big themes I’m noticing at SHOT this year.  Wild finishes.  Color is popular, for sure, but also simulated camouflage patterns that are actually repeating images.  In this case, Mossberg has a bulldog motif on a 500 receiver.

We’re on the list for a 20 gauge 500.  Specifics on the new models will follow soon, including prices and potential availability.  But they’re Mossbergs.  The Mavericks will come in under $200, and the 500 line won’t be much more than that.