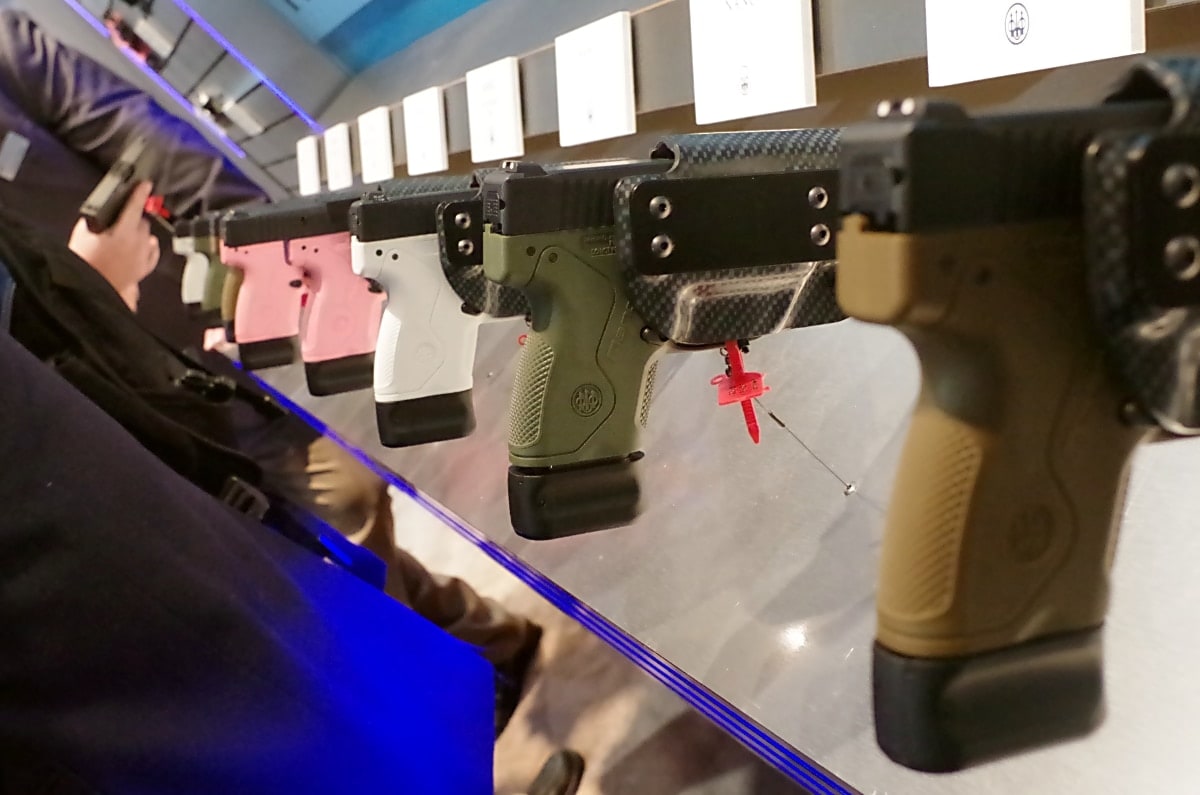 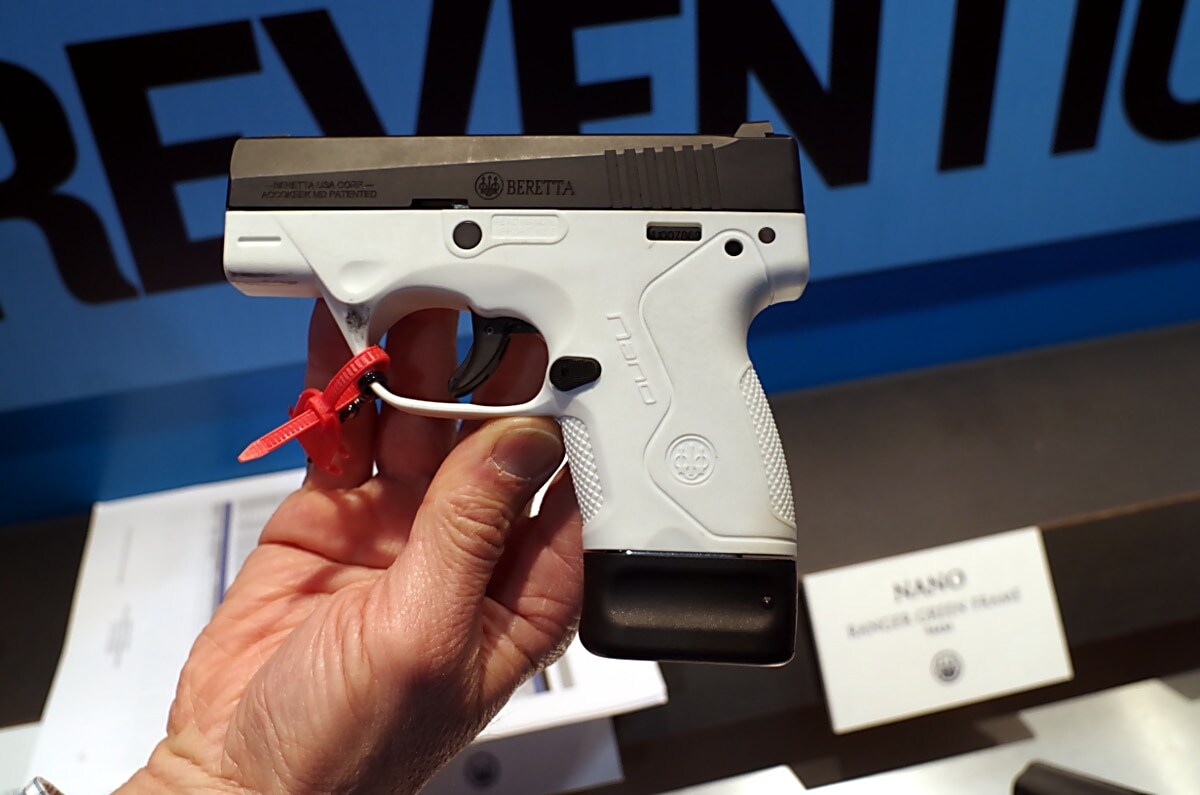 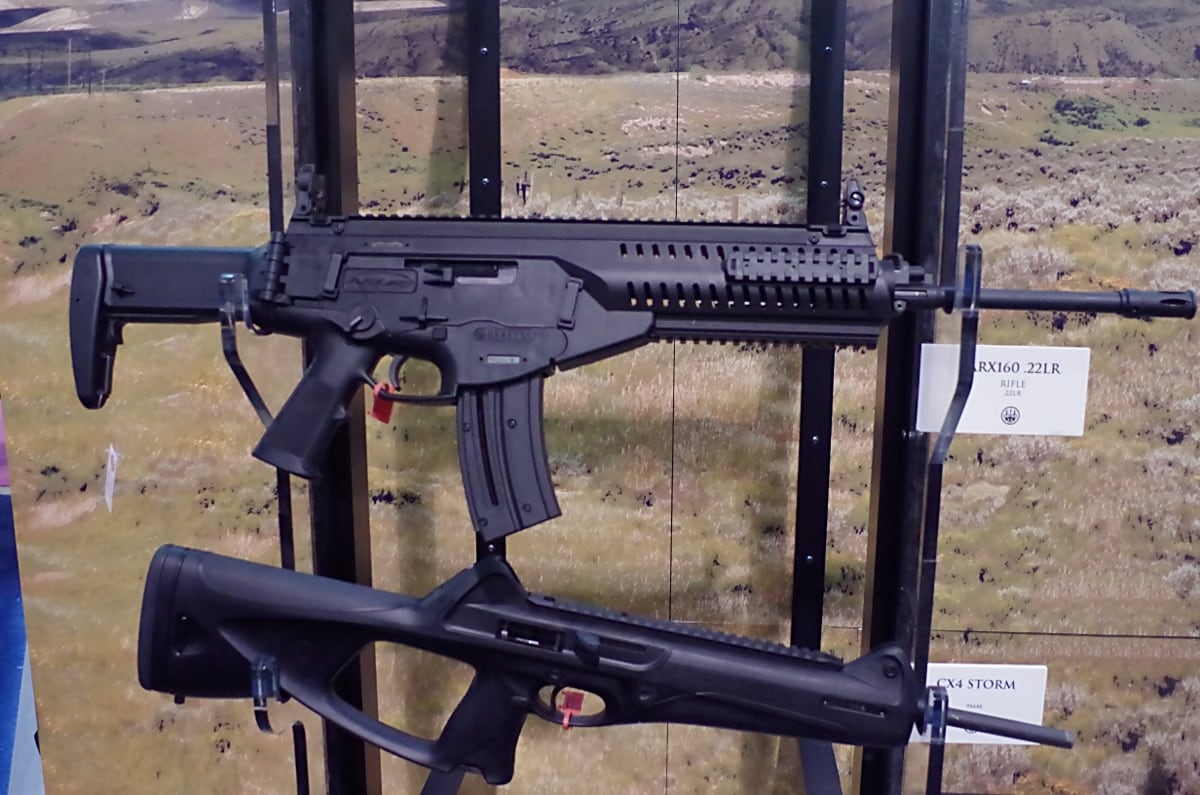 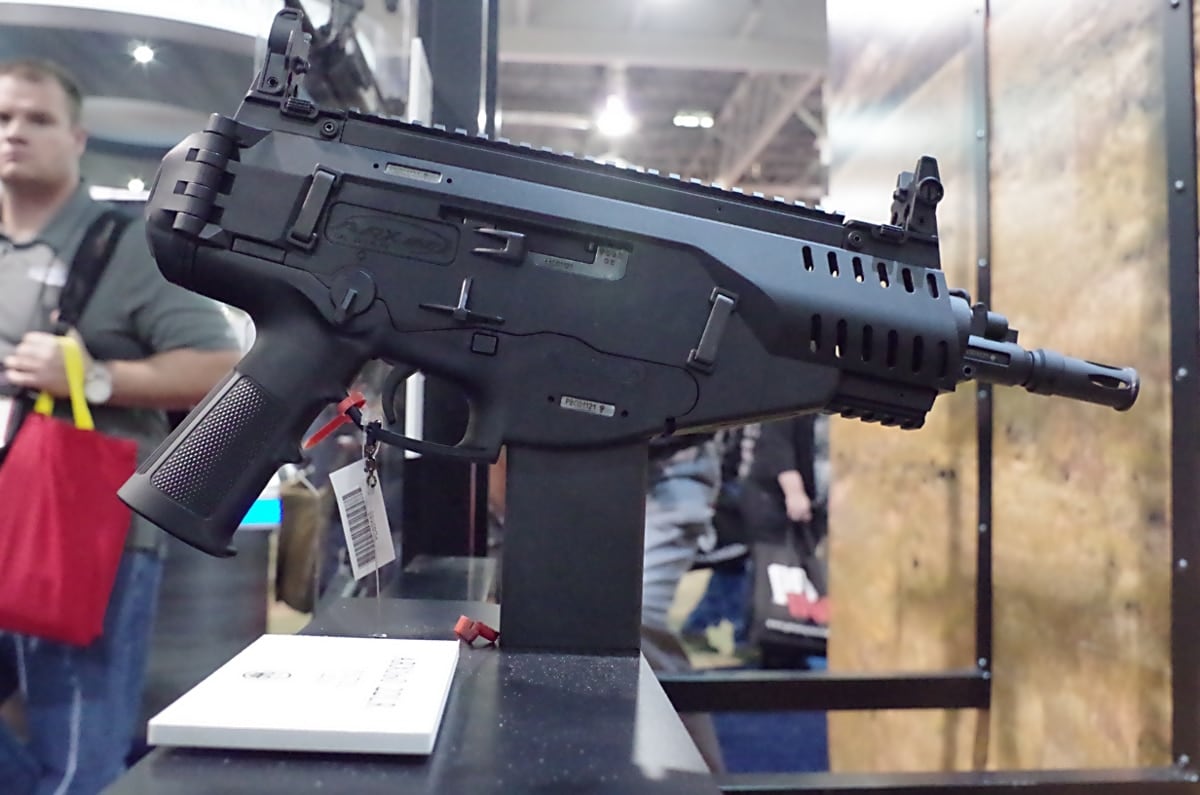 Beretta’s working hard on expanding their existing product lines, namely their new Nano and cornerstone Model 92. They’re still focused on bringing the ARX to the U.S., starting with the .22 Long Rifle variant as soon as availability meets market demand.

The Nano was recently updated with a new higher-capacity extended magazine, bringing the pocketable 9mm concealed-carry pistol up to a capacity of 8+1 from 6+1. With a .40 S&W variant still in the pipe, Beretta is currently expanding the line with a handful of tactical and decidedly non-tactical frame colors.

The Nano is now available in flat dark earth, olive drab, pink and white-framed versions, and of course, is also available in all-black as standard. They’re all two-tone guns with a flat black Bruniton slide and matching black polymer controls.

The white-framed Nano is proving to be a surprise hit, and to be honest, while the news may be a surprise for Beretta’s people, it’s no bombshell for us. There’s nothing quite like it on the market and the contrast is appealing to say the least, especially with the black plus two mag.

The other new for 2013 pistol from Beretta is the return of the 92 Compact L, or more specifically an M9A1 Compact, their cut-down Model 92, chambered in 9mm, with a 3.9-inch barrel, a capacity of 13+1 and a railed dust cover. The handgun will be available in both Bruniton and Inox finishes later this year.

On the rifle front Beretta is preparing the launch of their ARX 160 in .22 Long Rifle, in both pistol and rifle variants. The centerfire rifle is undergoing some cosmetic changes that are holding back its launch, with Ben Cook explaining to us that the redesign includes a stouter side-folding buttstock and possibly a shorter handguard assembly. It will also have a monolithic flattop Picatinny rail, dropping the integral flip-up iron sights.

Some of the changes include a new magwell that’s compatible with a wider spread of magazine types, Magpul PMAG Gen M3 mags in particular. With this ongoing redesign, a firm launch date for the .223/5.56 model is still unknown.

We did ask if there was anything new in the shotgun pipe, and there is. We just can’t say much about it as yet. It won’t be too long though, so stay tuned. 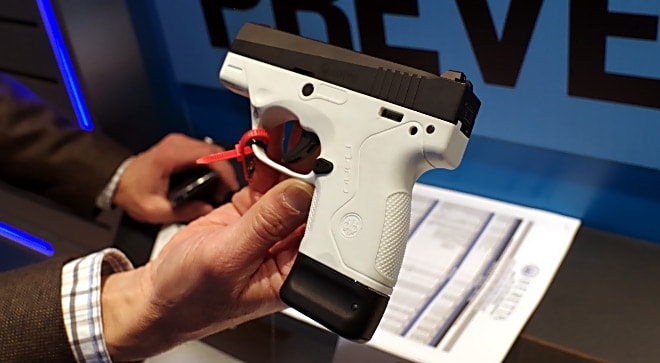