FN-USA showed up stacked at SHOT Show 2013, with a great spread of new and improved products. Not only do they have a slew of handguns to talk about, they were also showing off their updated SLP shotgun and always-impressive Ballista long-range rifle.

The FNX-45 Tactical was the big attention-grabber. This double-stack .45 ACP pistol was the last piece FNH needed to truly end the FNP series. The FNP-45 was the source of a huge number of changes to the FNP line-up, changes that would eventually amount to the FNX series.

The FNP-45 was designed for military use for the Joint Combat Pistol program, and as such, was designed to fire ball ammo. The end result was a gun that did very well with full and total metal jacket ammunition but was not reliable with just about everything else. The FNX maintains all of the improvements developed for the FNP-45 but uses different magazine and feeding geometry to make it work with all types of ammo.

And the Tactical is no different. It’s a comfortable full-size pistol, easy to shoot even one-handed. The Tactical variant has an extended, threaded barrel for a suppressor, a machined slide for micro red dot sights and raised sights that will clear a silencer and lower-third co-witness with an optic.

It weighs just 33 ounces dry, has a 5.3-inch barrel and has a magazine capacity of 15 rounds.

FN also had their new FNS Competition for us to play with, which was an incredibly soft shooter. The pistol will be available in several different versions chambered in 9mm and .40 S&W. It is based on the striker-fired FNS service pistol but has an extended five-inch barrel and slide, to get every last foot-pound of energy and have the longest sight radius possible.

The FNS Competition will be available with several different sight options. Like the standard FNS a version with night sights is in the works, but so is a black-on-black adjustable target sight set. Fiber optic sights are also in the mix, but the style and configuration has not yet been decided upon.

The FNS Competition has a 17+1 capacity in 9mm and 14+1 in .40, the same as the service-length models. In fact, Ken Pfau told us that the FNS frames are identical and the uppers completely interchangeable. And yes, they’re planning on conversion kits. This definitely adds to the appeal of their newest line of pistols, adding a layer of flexibility few other guns can claim.

Finally, FN is planning a new budget-minded line of FNS pistols for both the commercial and law enforcement markets. The new design is simpler and does not include a manual safety, something that many police agencies have asked for to make the FNS manual of arms more like other striker-fired pistols. It is still otherwise fully-ambidextrous, but also has plain 3-dot sights to keep costs down.

The Ballista and SLP have also seen some improvements, including a new competition-oriented shotgun. We have a video tour of FN coming soon, so stay with us. There’s tons more to say. 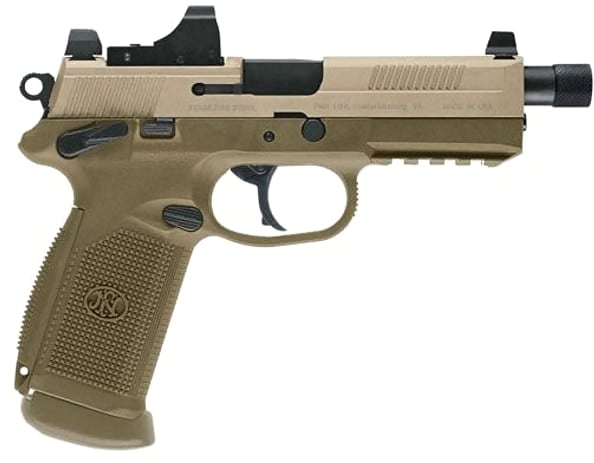 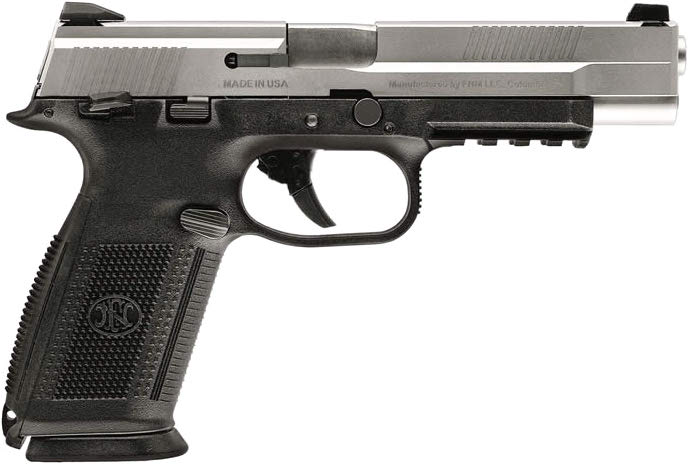