Springfield Armory has been working on one thing and one thing alone for SHOT Show and the top of 2013, and that’s the XD(s), their pocketable single-stack polymer pistol for concealed-carry. It is now available in 9mm and is a pleasure to shoot.

Launched at last year’s SHOT Show, the XD(s) has been available in just .45 ACP. While a popular gun and surprisingly easy to shoot, an updated version in 9mm has almost been overdue. Knowing what kind of demand they would face with thSpringfield’s focus has been on getting these guns to market in quantity.

The XD(s) 9mm is largely unchanged from the .45 ACP model, although it weighs just a bit more as it has a smaller bore and more barrel. It features a 3.3-inch barrel, an overall length of just 6.3 inches and a weight of 23 ounces unloaded. The (XD)s has a standard capacity of 7+1 rounds of 9mm and includes an extended 9-round magazine. At just .9 inches thick, Springfield has an outstanding concealed-carry pistol on their hands.

Like the .45, the 9mm has a front fiber optic sight, which is easy to pick up and keep track of. We had zero problems picking up the gun, getting on target and staying on target. If the .45 is easy to shoot, then the 9mm is just plain old-fashioned fun. We rang steel until they told us to please kindly let the next guys have a go with it, seriously, ammo’s a bit tough to find right now, stop using all of it.

The gun has a very slender takedown lever and equally small controls. That being said, we didn’t have problems working the magazine release or the slide release at any point in time.

The only difference between the 9mm and the .45 in the frame are a pair of rails inside the magwell to fill the gap left by the shorter magazine. Though we found the factory trigger to be predictable and positive, both in pull and reset, this is good news for anyone interested in aftermarket triggers when they become available.

The XD(s) 9mm will first hit the market in all-black with a two-tone model following shortly.

Springfield will be launching the 9mm version soon; it’s scheduled for the second quarter of this year if not sooner. And yes, a .40 S&W version is in the works; 9mm and .45 ACP are just in more demand. The price for the 9mm will be the same as for the .45.

Everything else is business as usual for Springfield. We asked about the standard XD series, specifically the subcompact. With the XD(s) targeting a similar market, we were curious to know if there were any plans to discontinue the models. For fans, the news is good. Springfield has no intentions to stop selling the 3-inch XDs, and while demand is less (for the five-inch Tactical model as well, with the 5.25-inch Competition XD(m) sharing that particular market) they will continue to make the older pistols and there’s no talk of culling their catalog. 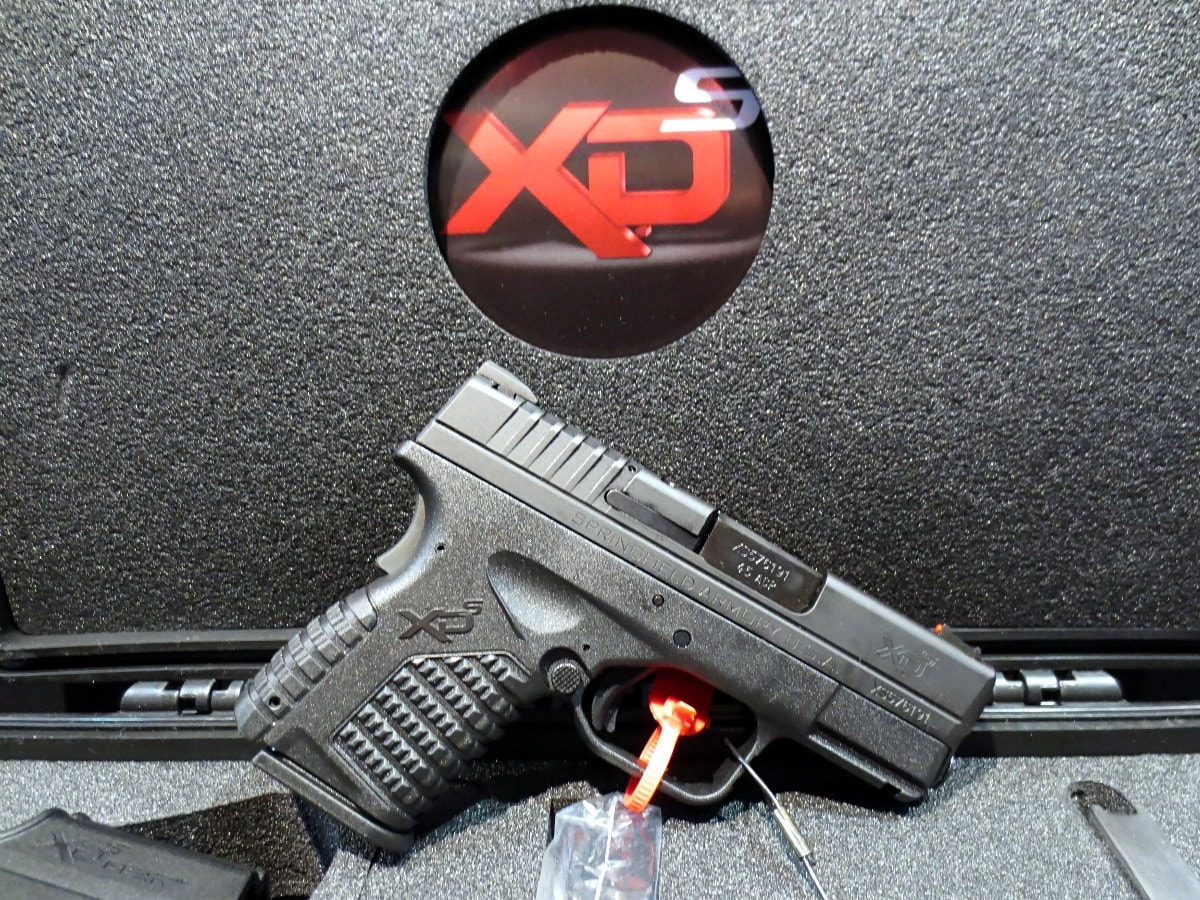 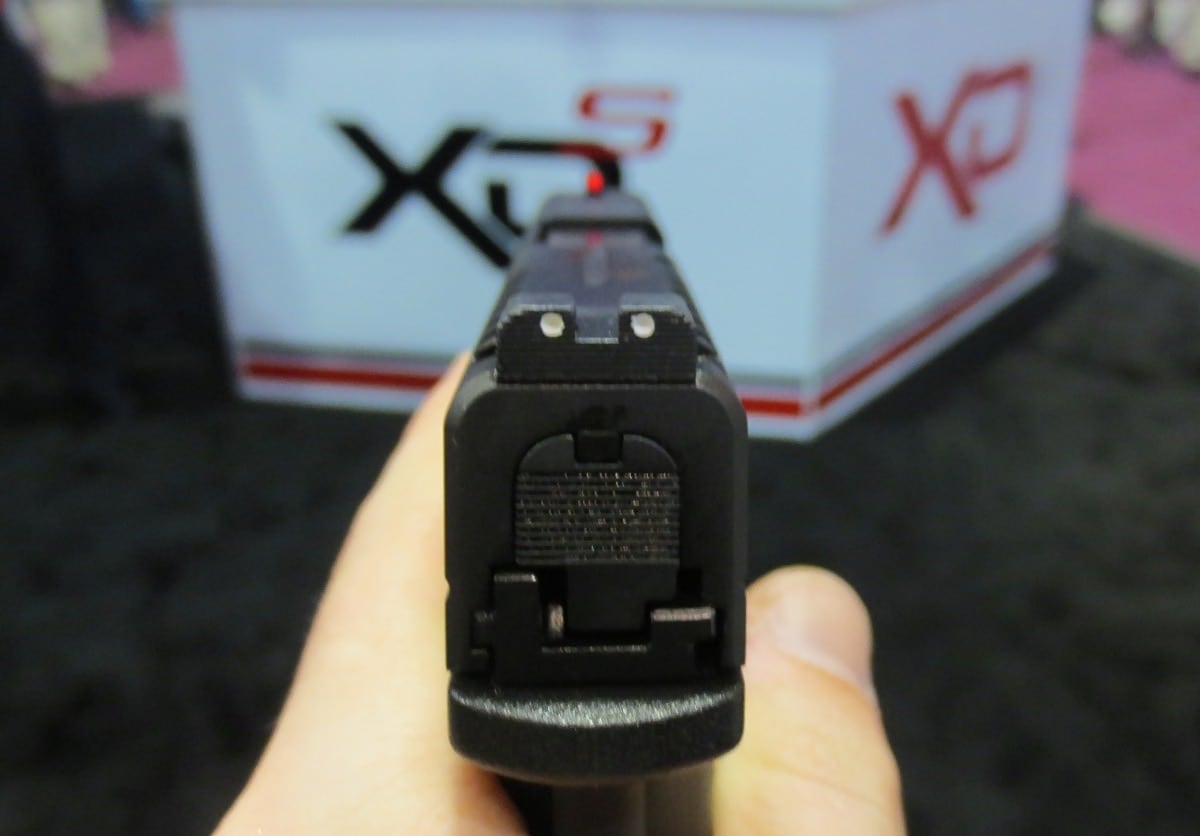