Firearms Innovation in newly independent countries in the face of potential aggression from your next-door neighbor is not new. During the Croatian War of Independence (1991-94), a small firm called IM Metal started making new design pistols for the Croatian army. This led eventually to the HS2000, which you may know better as the Springfield XD.

In 1990, the small country of Lithuania broke away from the crumbling shell of the Soviet Union and reclaimed their lost independence and a few ugly but effective homegrown firearms may have helped keep it free.

Are Coming!” what you may not know about him is that he was also an accomplished silversmith and helped develop artillery pieces and other weapons for the revolutionary army. The tiny Baltic Sea republic of Lithuania in Eastern Europe had a similar inventor/patriot in modern times, Algirdas Petrusevičius. 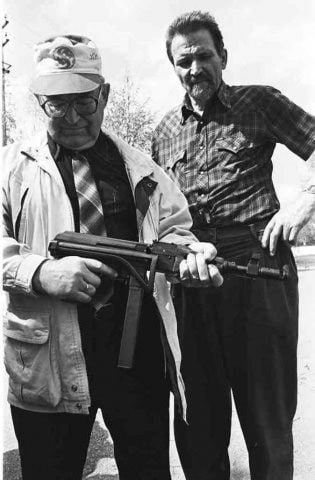 With the new but by no means assured independence of Lithuania in 1990, local patriot, author, and firearms engineer Algirdas Petrusevičius took to designing a simple, yet brutally effective submachine gun. The 53-year old Petrusevičius had been a leader in the Lithuanian underground Iron Wolf movement fighting against the Soviet occupation Army in the 1950s. After the loss of his arm and a dozen years in Siberia, he was ‘rehabilitated’ and allowed to return back home.

The firearm he envisioned needed to be easy to produce—lacking the access to the Soviet era factories, simple mechanic shops and fabrication works would have to churn them out by the hundreds if needed. His design was referred to as the Vytis after the coat of arms of the country.

Design of the Vytis

Luckily, a lot of the heavy lifting on submachine gun design had already been done over the course of the 20th century, giving Petrusevičius a platform of knowledge to work from. Taking the tried and true Schmeisser/Kalashnikov formula of a gas-operated, rotating bolt rifle with a stamped sheet metal receiver, the first version of the Vytis was produced in months. 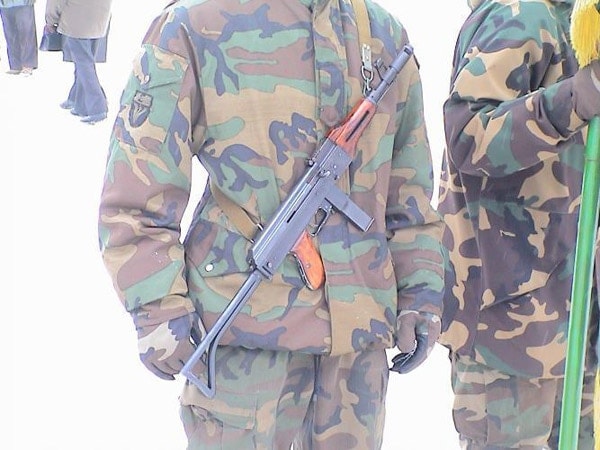 Local forces did not have access to large quantities of any one caliber of rifle ammunition, as the Soviets were careful not to leave any modern arms and ammo behind as they slowly packed up shop in the “satellite state”. What the local defense forces did have though were large stockpiles of 9x18mm pistol ammunition for Makarovs issued to their police. In an gunny example of taking lemons and making lemonade, Petrusevičius designed the Vytis from the ground up to accept that cartridge using simple 36-round box magazines.

Overall, the handy little subgun was 29-inches long with a side-folding tubular buttstock. Once folded, the weapon was right at 20-inches long with a 7.9-inch barrel. It used simple wooden pistol grip panels and forearms and utilized a slotted AK-style muzzle break. This gave the Vytis the look of a chopped down 9mm AK-47. 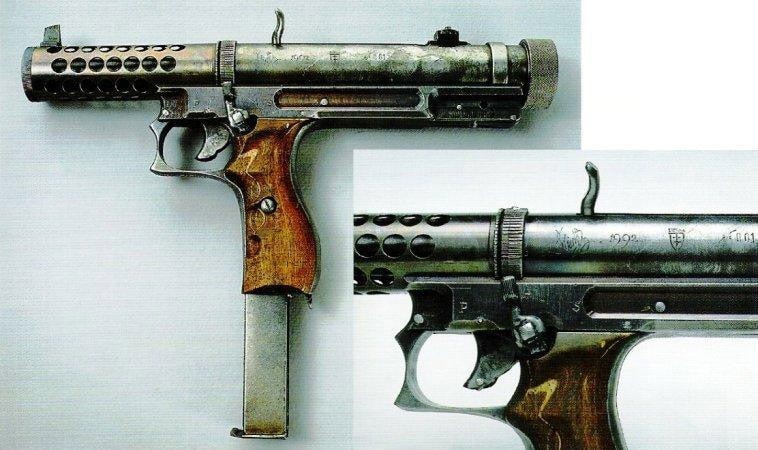 If you are looking for an even sketchier weapon than the Vytis, there is of course the 1992-designed Vladas. Envisioned as a blowback-operated, open bolt machine pistol with a top-mounted charging handle and ventilated air jacket around the barrel, the Vladas never left the prototype stage. This Lithuanian homage to the WWII Sten gun seemed conceptualized from the ground-up as a room broom for guerilla warfare against a larger invading force. It was crude, but if needed could be made in large numbers.

What became of the Vytis and Vladas? 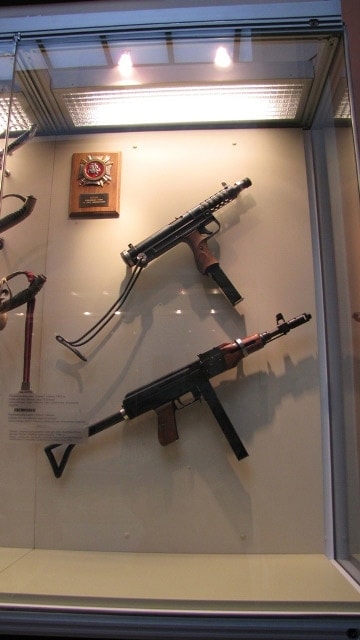 outset these weapons were forged out of dire need, lending themselves to experimentation. No less than three versions, of the Vytis—the final one chambered for 9x19mm Parabellum that was only feasibly obtainable through commercial sources in nearby Finland and Sweden—were produced between 1991 and 1997. Final production numbers are hard to ascertain and it is unknown how many are still held locked away.

Today the Lithuanian Armed Forces have been a member of NATO since 2004 and are armed with German Heckler & Koch G36 rifles, Glock 17 pistols, and MP-5 subguns.  But you can rest assured, with a resurgent Russia sharing an eastern border with Lithuania, the plans for both the Vytis and Vladas are still on someone’s shelf…just in case.