We liked everything new Walther had to show off. It’s not common for a company to come out with three new major additions to their catalog and for each of them to be interesting and desirable without something overshadowing something else.

That’s just not the case with the new batch of Walthers. Every one of them was just as interesting and cool as the next.

Starting with the new PPQ, which is really the same as the old PPQ in every way except one: it uses a standard push-button magazine release. Called the PPQ-M2, the standard magazine release—sometimes called an American mag release—makes this striker-fired service pistol a lot more approachable. The only drawback is that it’s no longer ambidextrous, although it is reversible. 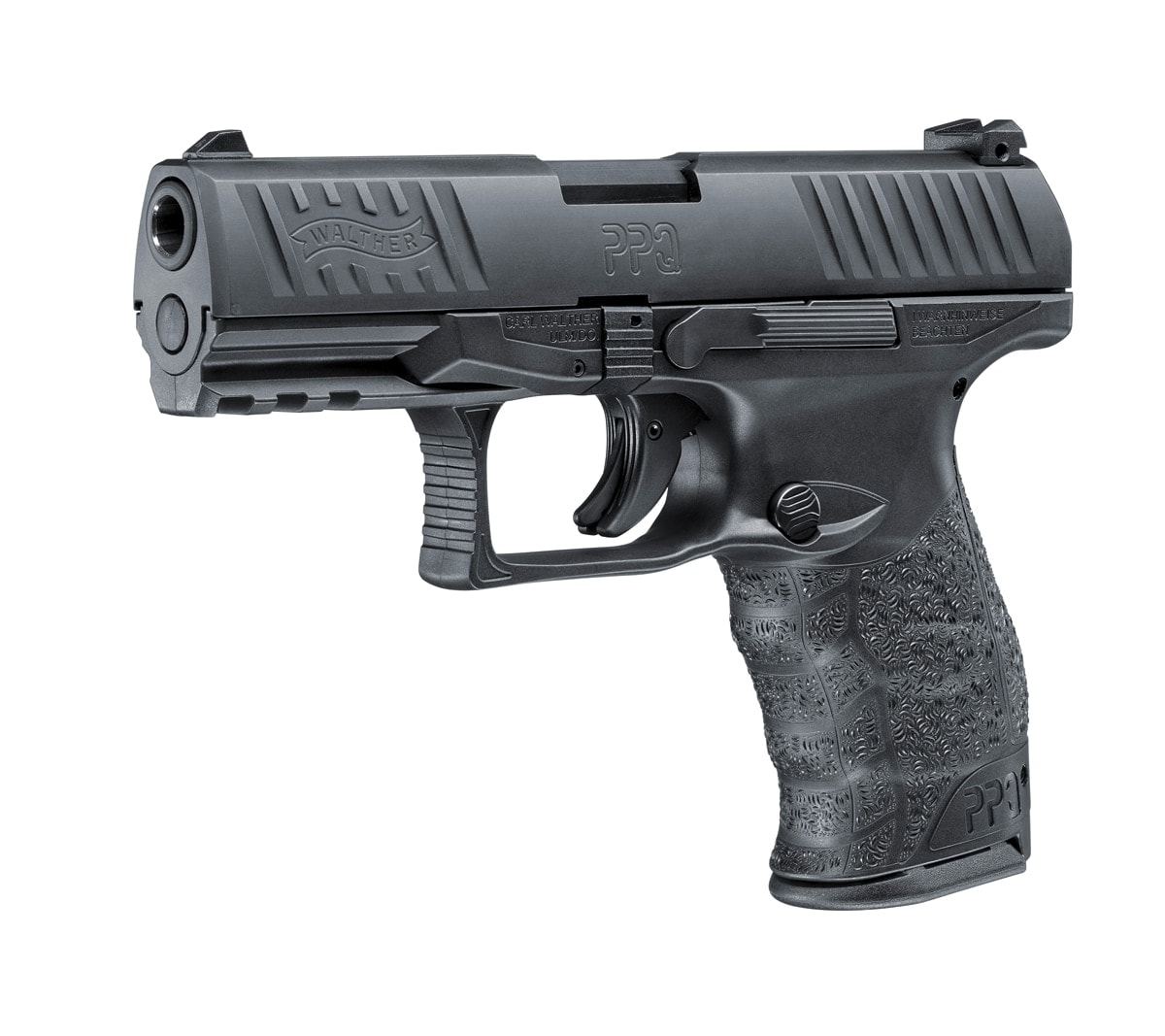 The main selling point of the PPQ, it’s “quick” trigger, is completely unchanged. It’s the same positive, responsive and fast-resetting trigger on the M2. The PPQ-M2 will also be available in a “longslide” variant for people interested in a full-size handgun for self-defense or competition.

The PPK/S in .22 Long Rifle is just a darling. They will not have any problems moving this new gun. While the PPK has been offered in .22 in the past, this is the first PPK/S in that caliber.

It’s trigger is what sells it. It’s a traditional DA/SA pistol and it doesn’t feel like they had to soup up the spring tension for rimfire. It’s not noticeably different from any other PPK trigger. It feeds from 10-round magazines and is made entirely in Ulm, Germany. Smith & Wesson will not be involved with this PPK. 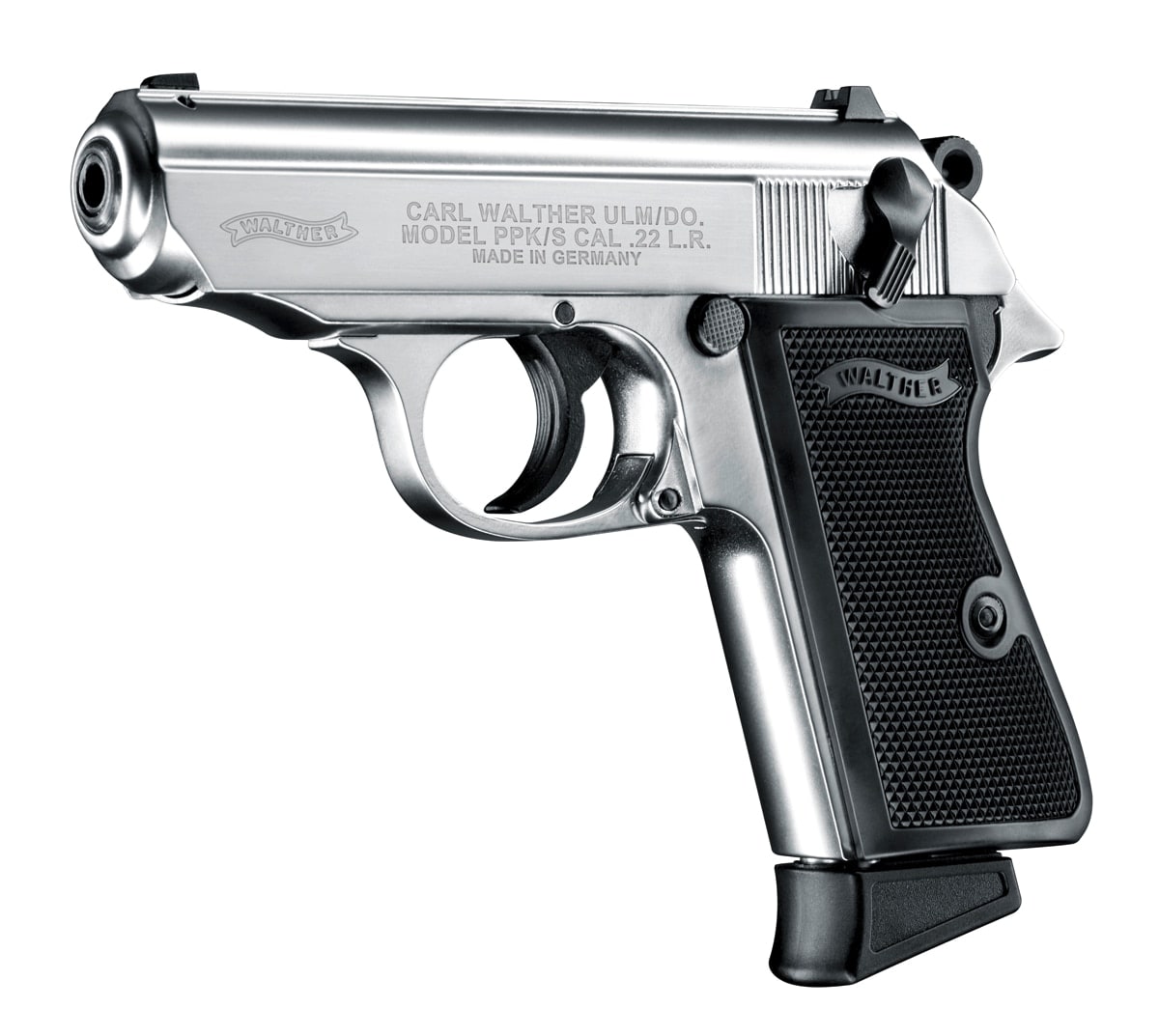 It’s also super-compact, has great grips, great sights and is drop-dead sexy. I will be adding one to my collection, that’s for certain. In stainless, probably. The black looks alright, too.

The PPX was Walther’s little sleeper. Usually when companies announce a budget pistol like this, with simpler controls and fewer features, you can expect an all-around less impressive product. With the PPX, that just isn’t the case. If anything, we can see people who like the ergonomics of the PPQ and other P99 pistols but don’t care for the trigger to be won over easily by the PPX.

Part of what makes the PPX cost less is its action, which uses a pre-set hammer. Cycling the slide cocks the hammer most of the way, pulling the trigger just finishes the job. This does mean that if you have a hard primer or some other failure to fire, you have to cycle the slide to reset the hammer. For a lot of people, this is not a trade-off. 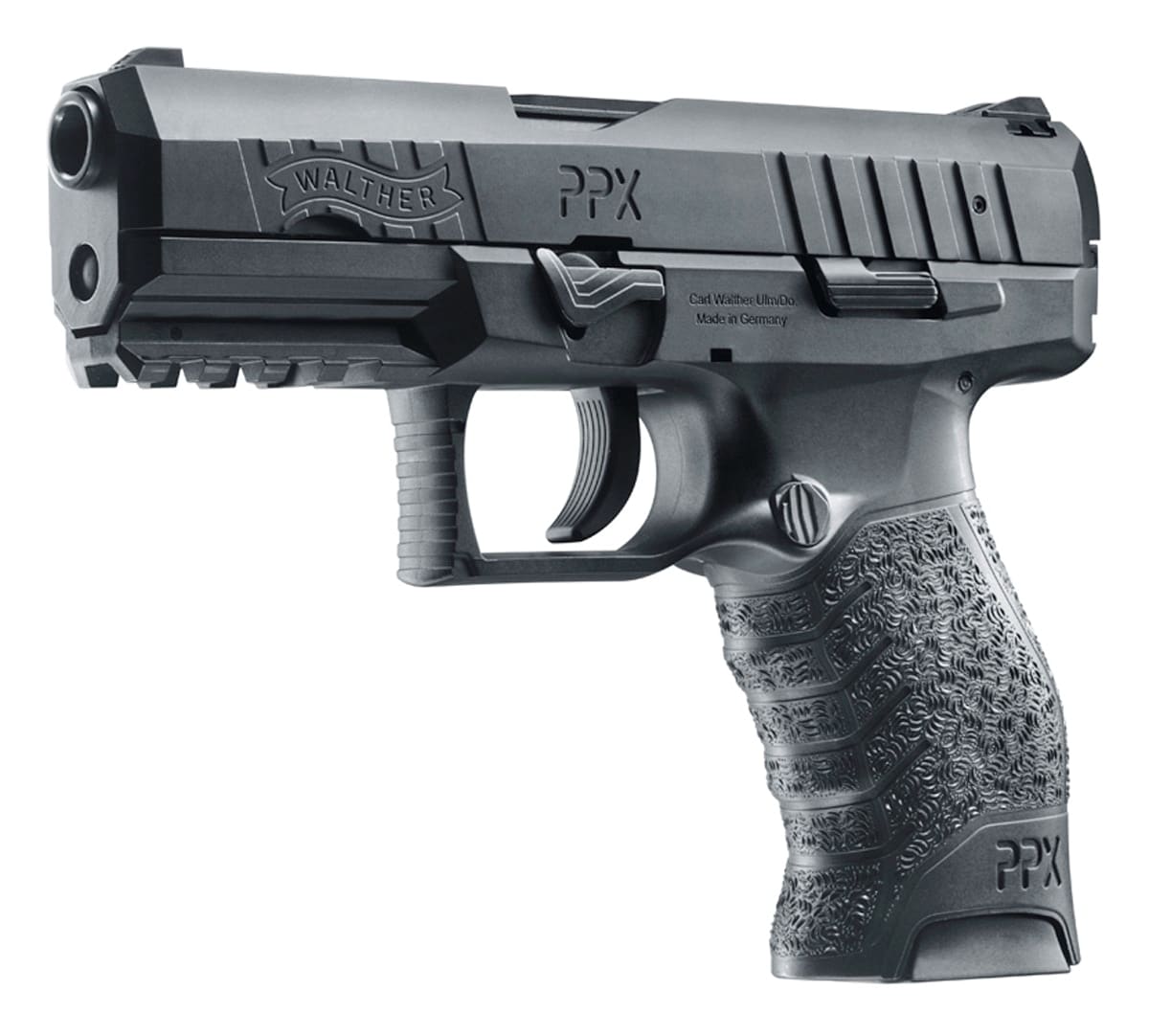 The result of this is a very light, crisp and extremely predicable trigger pull. It has a bit of take-up, but the take-up is so light and smooth it feels more like a 2-stage trigger than anything else. It breaks as soon as you hit the point of resistance. The reset is a little longer than on the PPQ but not longer than most DA/SA triggers. It also did not feel heavier than the PPQ trigger, only less spongy and with a soft pre-travel.

The PPX will also be available with an extended, threaded barrel, for those who are saving up for a can. The PPX doesn’t have ambidextrous controls, which is the main other way Walther is keeping the price down. Sorry, lefties on a budget. Keep saving up for that PPQ.

All of these guns left us smiling. They’re solid additions to Walther’s line-up and worth checking out. They may not be revolutionary in their designs but sometimes little things hold back a good product. The PPQ-M2 is a lot easier to recommend than the PPQ, the PPK/S-22 is just too endearing for words and the PPX is a solid firearm right out of the gate.