EDITORIAL: With Ammunition Scarce Can Reloading Supplies Be Next?

As the Newton tragedy tidewaters slowly recede, shooters have seen ammunition in certain popular calibers dry to a trickle in all the usual places.  What you can get will cost you what you got and then some, but that doesn’t concern me that much because I reload (and you should too). But with handloading in mind and ammunition as well as gun control in the news, would there, could there, ever be a ban on reloading supplies, something that truly could leave many shooters with nothing more than gun case full of expensive paperweights?

Hey, is that a single stage, Lee Press in your truck?

No matter whether you’re a hunter, a run n’ gunner, a home defender or a plinker and no matter what gun you own or prefer, your weapon isn’t worth a solid baseball bat without ammunition. More and more shooters are realizing the importance of a consistent supply of ammunition turning to reloading their own ammunition, but could this spurred interest in the hobby mean lawmakers will target hand-presses next?

In 2009 President Obama was in Mexico pushing for support for an International treaty that addressed firearms trafficking. This is the same treaty that the U.N. has been floating around since Clinton and Obama, within hours of his reelection, endorsed yet again. Part of that treaty, which is called the Inter-American Convention Against the Illicit Manufacturing of and Trafficking in Firearms, Ammunition, Explosives, and other Related Materials, “clearly identifies ammo reloaders that are not licensed by the government as ‘Illicit Manufacturers’ of ammunition.”  From Article I of the Treaty:

1. “Illicit manufacturing”: the manufacture or assembly of firearms, ammunition, explosives, and other related materials:

a. from components or parts illicitly trafficked; or

b. without a license from a competent governmental authority of the State Party where the manufacture or assembly takes place; or

c. without marking the firearms that require marking at the time of manufacturing.

These provisions are reinforced in Article IV, which requires “States Parties that have not yet done so shall adopt the necessary legislative or other measures to establish as criminal offenses under their 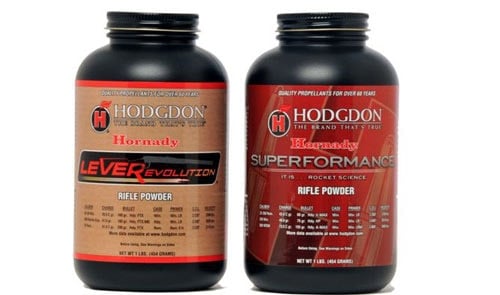 domestic law the illicit manufacturing of and trafficking in firearms, ammunition, explosives, and other related material.”

If this treaty ever passes, would reloading your own ammunition become illegal? Maybe. You might be required to obtain a license to do so. It might mean that primers or powder could become very expensive, and without those, your reloading press is going to gather a lot of dust.

While the U.N. treaty may or may not pass, gun owners in California know full well the reality of living under the threat of legal restrictions on ammunition after Governor Arnold Schwarzenneger signed AB962 into law. That bill, which would have gone into effect on February 1, 2011 if it had not been ruled unconstitutional, would have required anyone buying handgun ammo to give up their driver’s license, thumbprint, address, phone number and date of birth. While that is not reloading supplies it certainly shows that those looking to restrict guns are definitely looking towards our ammunition. Sooner or later, I think they will get around to primers and powder.

Ahead of the Hill

I often tell people to reload so that they can avoid the occasional price spike in ammunition (like the kind we have right now because of President Obama’s impending legislation to ban assault weapons, magazines and somehow darn near everything else).  I still am because it would seem it still prepares your ammo box for any new local law that may come down targeting ammunition.

For example, here in New York a few years ago there was an attempt to ban any type of handgun ammunition in Albany County that was considered to be able to penetrate a bullet resistant vest.  If that last piece of information seemed vague well it’s because it is; when Representative Wanda Willingham, the chief sponsor of the bill, was quizzed, she did not know the ballistic difference between a full metal jacket and a hollow point.

The bill failed to pass after a grassroots campaign shed light on the folly of the legislation and Wanda Willingham did not win re-election. Her bill would have required not only your driver’s license information, but also the serial number of the gun that the ammunition would be for and, on the campaign trail, her opponents argued successfully it was all a backdoor attempt at gun legislation.

By getting into reloading, you can control your own destiny with ammunition. Buy primers even if you 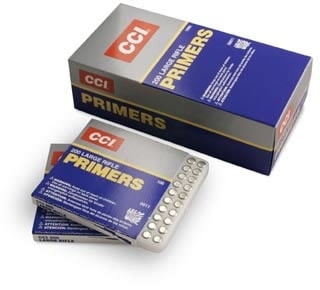 don’t need them at the moment—the beauty is that they aren’t that expensive and you’ll see just how economical handloading can be. A thousand primers won’t even take up a lot of room in a safe or ammo locker. As far as powder, well as long as you have a safe and dry place to store it, there is no reason you shouldn’t have a stock, even on a budget.

I also advise reloaders who have the means and the knowledge to cast their own bullets to do so.  Bullets are always on the forefront of ammunition control debates ever since the erroneous description of hollow points as armor piercing.  Regardless, a ban on any bullet would affect the price of them so if you cast your own you save yourself these worries.

A ban on reloading supplies may never come, but I have learned anything after years of watching politicians circle gun control, it’s never to say some piece of legislation will come to pass.