Media day at this year’s SHOT Show in Las Vegas was cold.  I lived in Nevada for a while and know what to expect from the winters, but this was a bit ridiculous.  The temperature was below freezing the whole day, and the wind was whipping around in bursts that blew over tents and knocked down targets and displays.  And we were there, for eight hours, trying to get footage of this year’s new guns in action.

One of the new guns I’d been anticipating was gone by the time I’d gotten to their station.  The Zip .22 LR pistol is getting a lot of attention, mainly because of its unique design features and complete reconfiguration of traditional aesthetics.  But the Zip didn’t stay long.  The crew packed up around lunch time on Media Day and headed back to town, where it was warm. 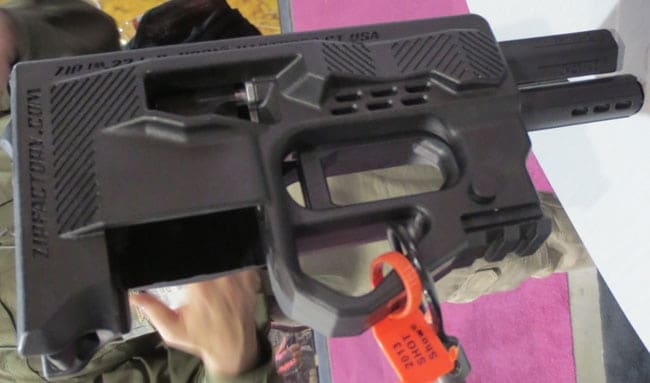 The other half of the Guns.com team, however, got some trigger time with Zip, but unfortunately ran into some technical hiccups. I was curious about Zip’s difficulties, and had difficulty finding answers at the show.  This was my fault, entirely.  Zip is being distributed by Davidson’s, and they were showing the gun at the Davidson’s booth.  I’d been there twice to see other guns and simply missed the Zip display, and couldn’t find it anywhere else.  In my defense, there were a few people milling about (63,000), and a number of booths to see (1,600).  But still it was my fault that I missed them.

So here’s the story, straight from Douglas Donnelly, the man behind the Zip .22 LR.  He’s been more than generous with us, and we greatly appreciate his candidness. 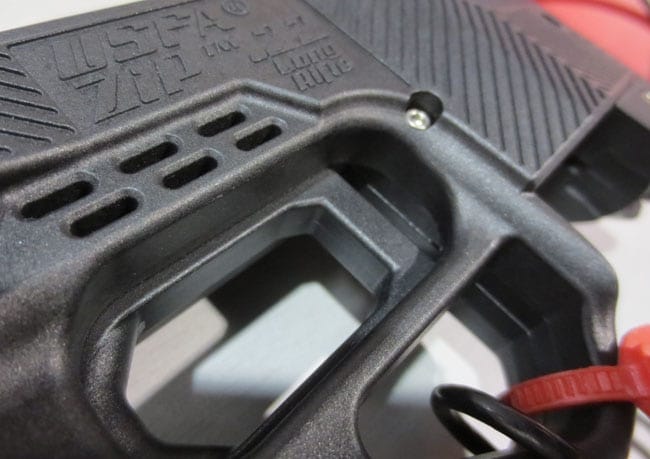 “The organizer of Media Day for Federal ammo could not get us .22 ammo we needed and informed us so close to the date that all we could do is to Acquire ammo in Vegas,” Donnelly said.

He added, “My guys had been all over Vegas previous to my arrival on Sunday. (5) Sports Authorities, (3) Walmarts, (6) gun shops and Zero ammo. Others had same ammo problem. So we went out to try to scrounge odd ball garage .22.  Most of it looked like it was 20 or 30 years old from a great guy who helped us in the Las Vegas area […] New Frontier Armoury, a maker of injection molded AR lowers.”

I had heard this from others, too.  Some folks managed to come with cases of ammo.  IWI, for example, shot up more than 7,000 rounds of .223 showing off their Tavor bullpup.  But others had limited supply.

Donnelly explained, “Now as to temperature. We feel that the extra low freezing weather with brand new, never fired guns actually caused our guns to be sticky. We did solve it by simply “shooting the guns in.”  Later at the hotel, my team went through the guns and noticed nothing out of the ordinary.”

“Also, the cold temp brought out heavily gloved hands and meant the ZiP was really just “floating” in a canvas and leather cocoon. Like trying to use a screw driver with gloves on its nearly impossible to get the kind of grip necessary for proper holding and resistance.”

This seems logical enough.  Limp wristing can shut down some guns.  And even though a gloved hand isn’t a limp wrist, exactly, it may not provide the foundation the action needs to counter even modest recoil energy.  And the conditions were pretty ridiculous.  With the fine dust and cold grease, guns were more finicky.  I’ve even heard that some of the AK importers were having difficulty.  If conditions are bad enough to make an AK hiccup, you know they must be ugly. 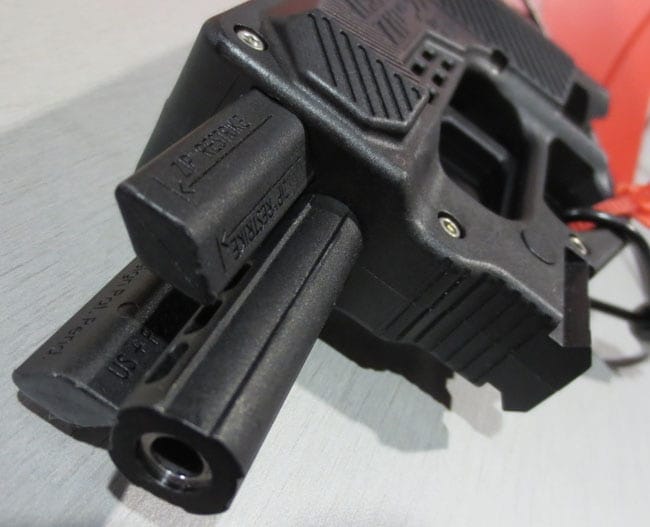 But both of these problems (the unpredictable ammo, and cold and/or glove induced cycling issues) are easily tested.  And they can be remedied.  And Donnelly will be testing them out.

“We will test a freezer box condition back at the factory,” he writes.  “It is our simple belief that new guns in a “freezer” will be sticky. The solution [will be] to [shoot] 300 rounds in our new ZiP to break it in and then freeze it to re-create the day and see how this performs. We just never expected that condition to have a meaningful effect.”

We at Guns.com are pleased to hear that the issues are easy to test, and may be easily addressed.  We’ll do our own cold tests when our test gun arrives.  So stay tuned.  More on the new fun gun is coming.