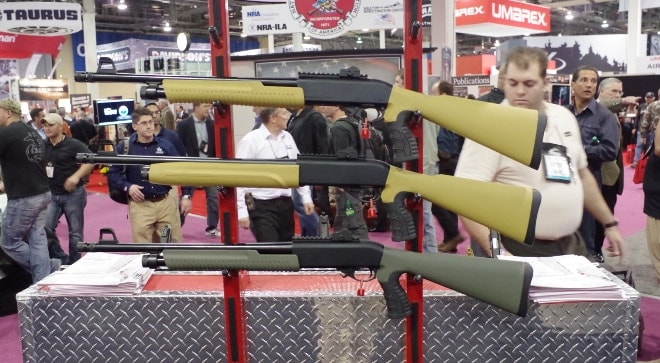 EAA, the European-American Armory, was showing off a lot of nice guns, great guns, like the SAR K2, the Appeal Rifle, and enough pistols and shotguns between the two of them to equip a small army of competition shooters and hunters.

But it was more of the same. Sure, they had a lot of new variants; different colors, different finishes, new stocks—especially Sarsilmaz’s shotguns. But nothing all-new. At first blush, anyway.

Tucked into one of their displays off to the side, Sarsilmaz had on display one very large, mean-looking revolver. It was an SR38 with a matte black parkerized finish and an eight-inch barrel and synthetic rubber grip. 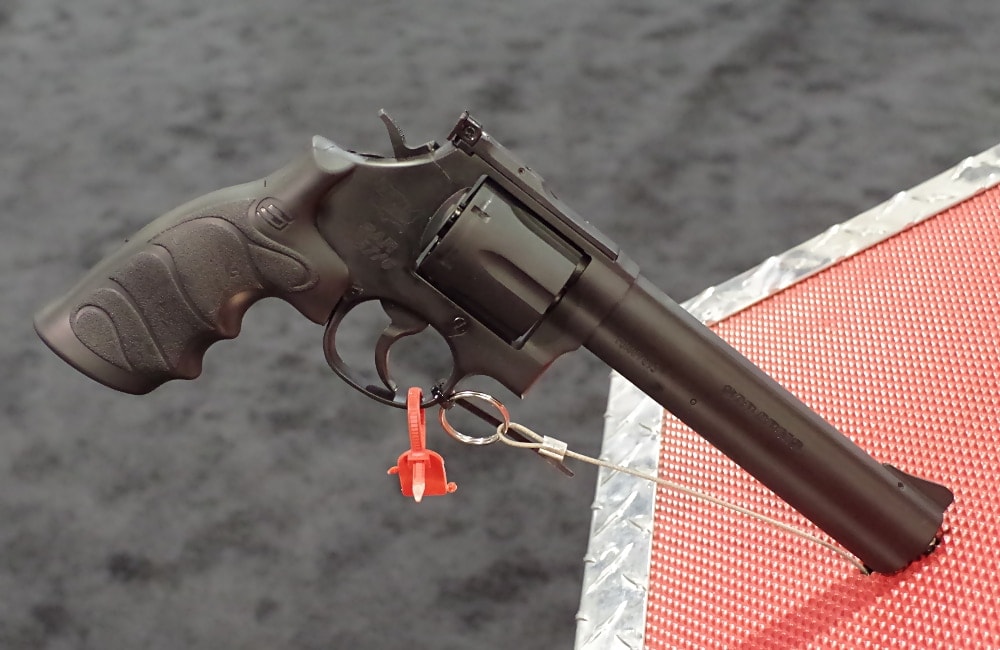 From the looks of it it’s a copy of the Smith & Wesson 586. It had good adjustable black-on-black sights and a pinned ramp front sight. It balanced and pointed perfectly and had a more than satisfactory trigger. In fact, the trigger on their display model was a touch better than on some of the nearby Smith & Wessons, in both trigger pull and trigger weight.

According to my calibrated finger, the DA pull was a grit-free seven to eight pounds and the SA was three or four, tops, with no discernible overtravel.

Paired with the standard four-inch model, these six-shot .38/.357 revolvers would do very well here. Unfortunately, details are scarce and availability is expected “probably later this year,” according to EAA. That’s a little more vague than we like it but it will have to do for now. 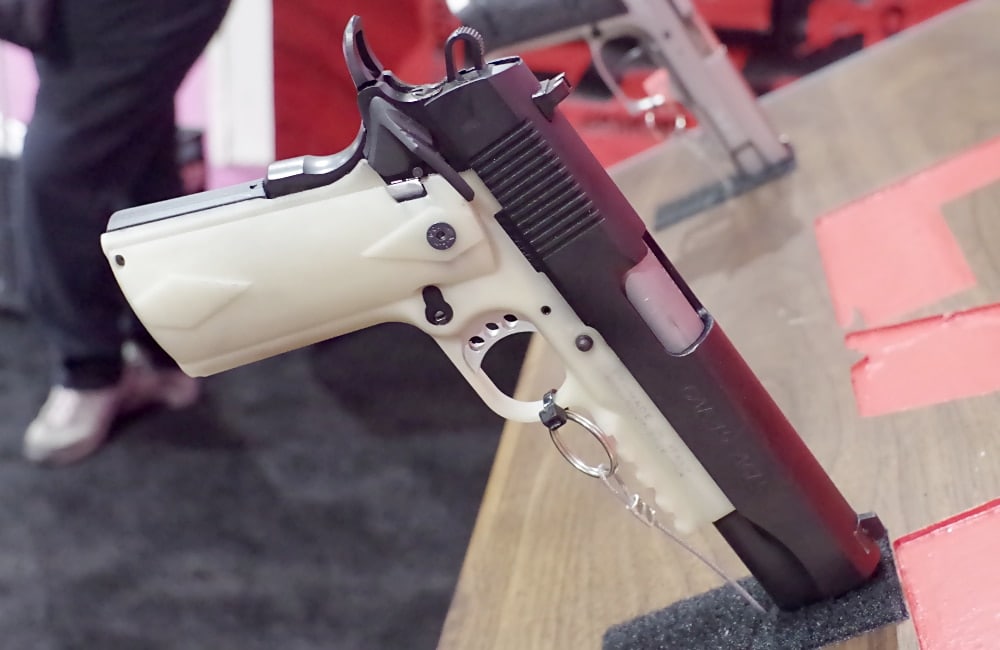 But the new Tanfoglio is what’s really going to draw a crowd. Tanfoglio has been working on a polymer-framed 1911, and they had just minutes earlier put a working prototype on display at the EAA both.

Not being allowed to field-strip it, we’re going to assume for now that it is a polymer shell over a steel railed insert, similar to other recent polymer 1911 designs, like the Rock River Arms Poly. 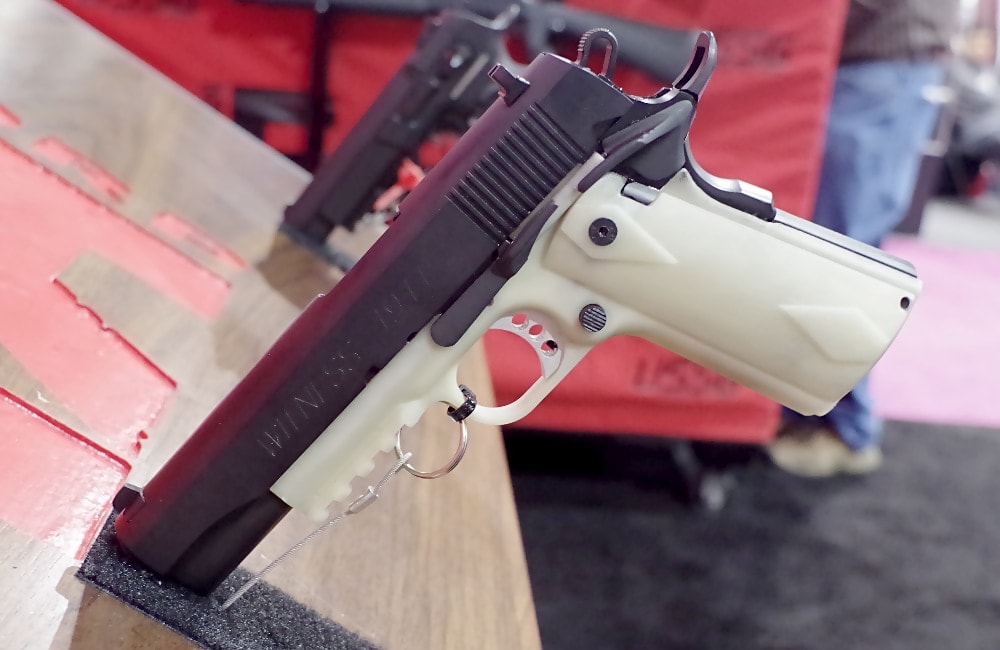 The prototype had a Colt Series 70-type slide with dovetailed sights front and rear and a really nice trigger. If the trigger bars run inside the polymer it would make for a very low-friction environment and go a long way to improving the trigger pull, even on a budget pistol. 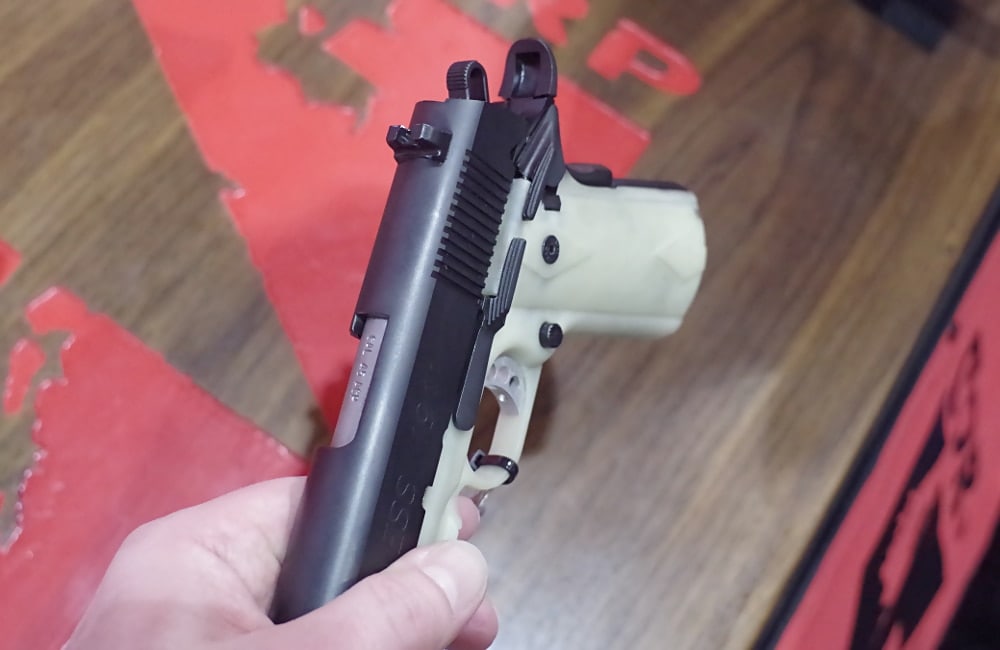 It didn’t look great, not with the un-dyed prototype plastic grip, but properly finished, with the controls on the display model, we think the retail version will wind up being pretty sharp. The pistol features extended controls, with long ambidextrous safety levers and a matching elongated slide stop.

EAA hopes to get these onto shelves asap, and we agree, they’ve got a potential winner on their hands here. While the polymer 1911 is not new, they’re not exactly common, either. The weight savings is great for carry and the polymer helps keep the recoil down. We definitely want to spend some time with this 1911, see how it shakes out. 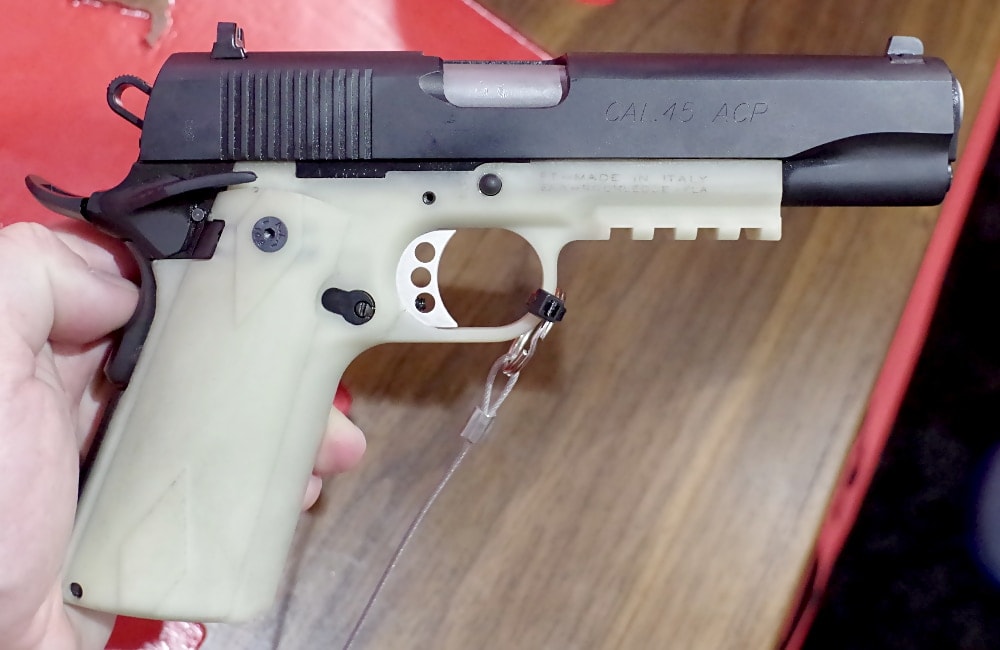