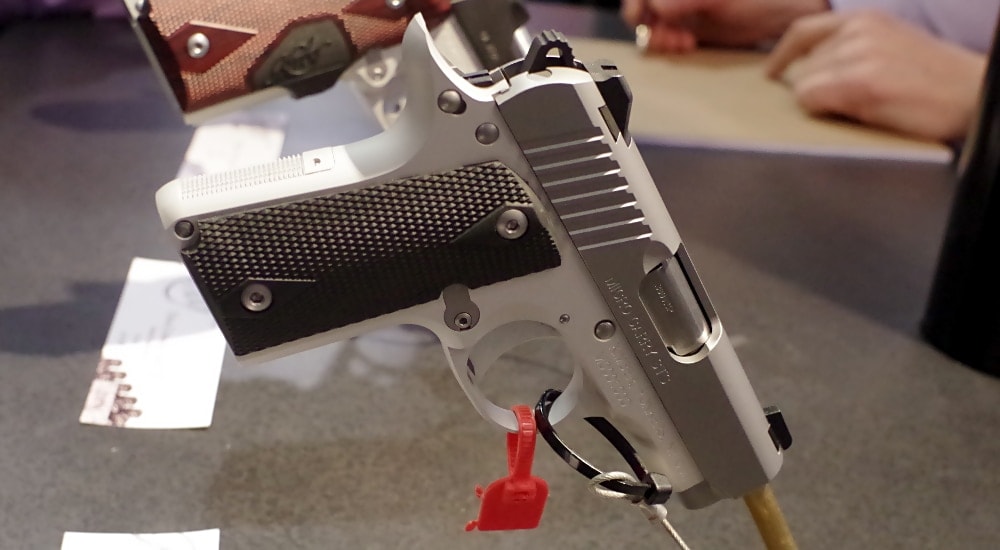 The event might be done with but there’s still plenty to cover, including Kimber’s new carry and duty pistols. They’ve been busy expanding existing product lines and adding new ones, including one little gem that’s sure to put some pressure on Colt and SIG.

That beauty would be the Kimber Micro CDP. It’s a micro 1911 chambered in .380, and it has the Colt Mustang Pocketlite and SIG Sauer P238 square in its sights.

It’s a beautiful gun in both two-tone stainless and black-on-black finishes. It will be offered in multiple finishes with and without Crimson Trace LaserGrips. It has dovetailed sights like the SIG, but a smaller slide like the Colt. They’re black Patridge sights, with night sights in the works. 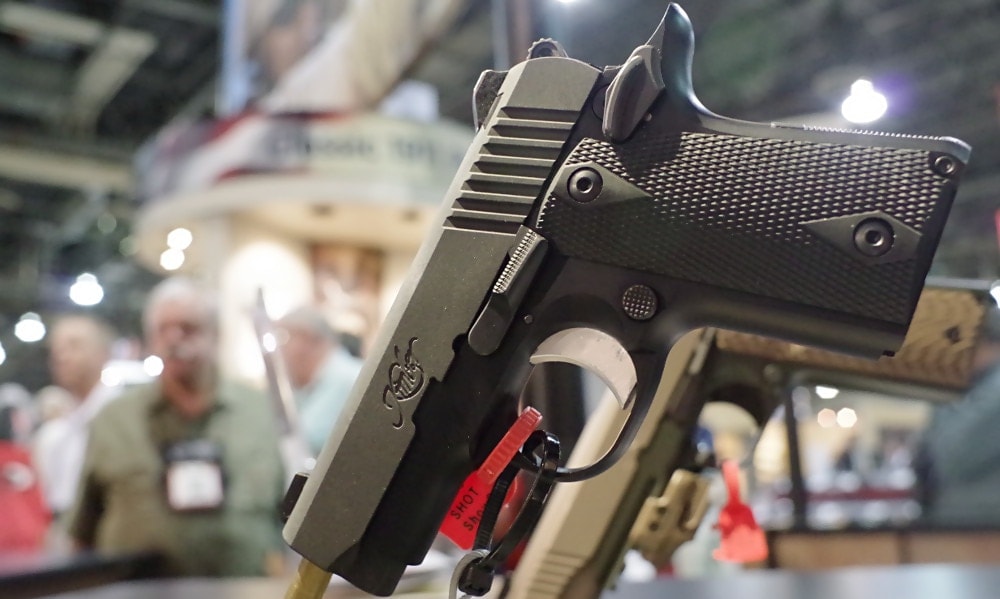 It doesn’t have a grip safety and it has deeply-checkered front- and backstraps. We’re confident that it will be easy to hold on to and shoot. The trigger is a bit on the heavy side at an advertised seven pounds, but it had no takup and a positive break and reset. For a gun that can and will be pocket-carried, a heavy trigger is not a bad thing. Unloaded the Micro CDP weighs just 13.4 ounces.

The Kimber Micro CDP was a shoe-in for our top five guns of SHOT Show, and with an entry-level MSRP of $679, it’s very competitively-priced against the Mustang Pocketlite and P238. 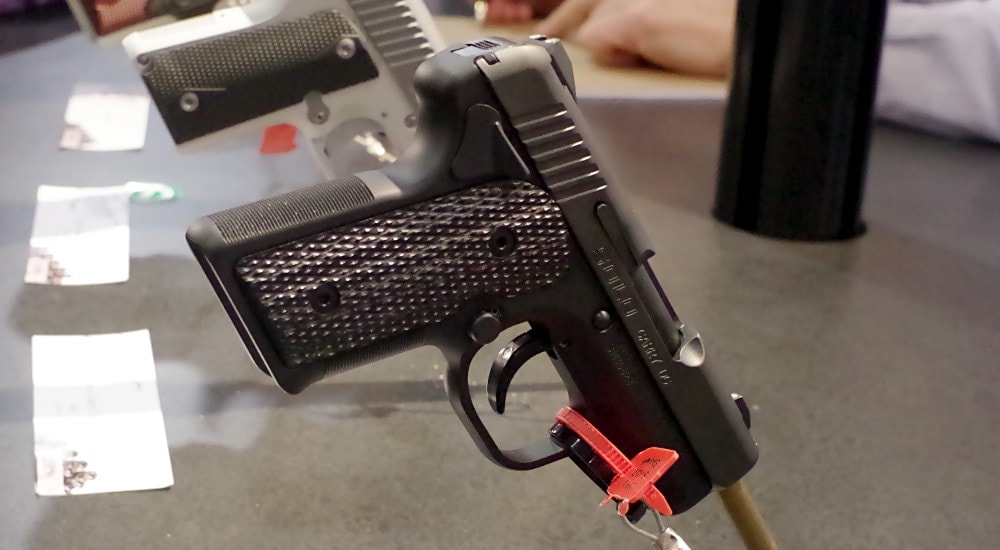 The Solo Carry Deep Cover is going to be a solid seller. It’s a matte black version of the Solo, complete with night sights. As far as pocket 9mms go, the Solo has proven to be quite popular due to its relatively low recoil, aggressive grip texture, and dehorned corners that make it a great everyday-carry piece.

The Solo Carry DC will also be available with and without black and grey Crimson Trace LaserGrips. 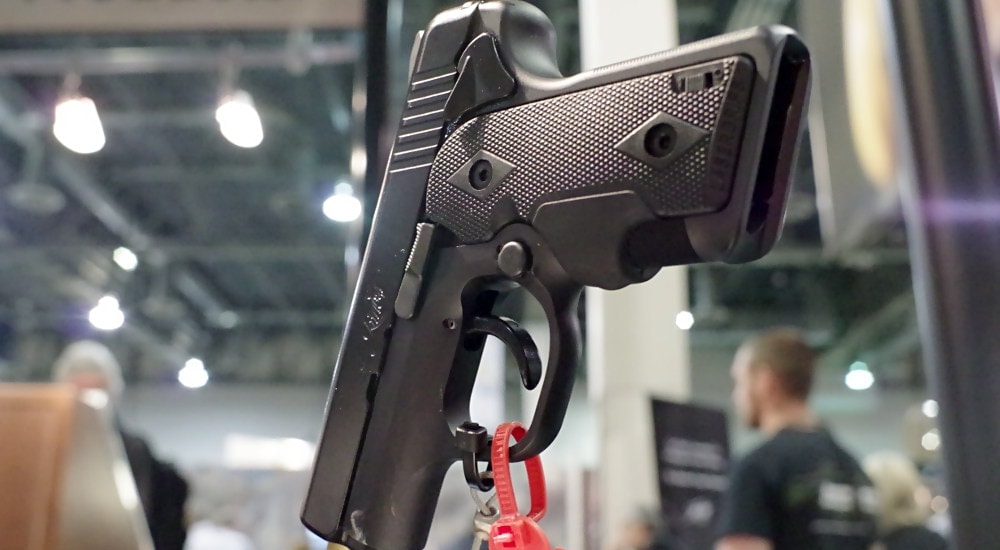 Kimber also had the Ultra Crimson Carry II on their new products table along with the Master Carry Pro, two more laser-sighted 1911s, 3-inch and 4-inch .45s, respectively. The Master Carry series will be available with 3-, 4- and 5-inch barrels and frames; the Ppro has a 4-inch barrel and alloy frame to cut weight, along with a rounded or bobbed grip for added concealment. 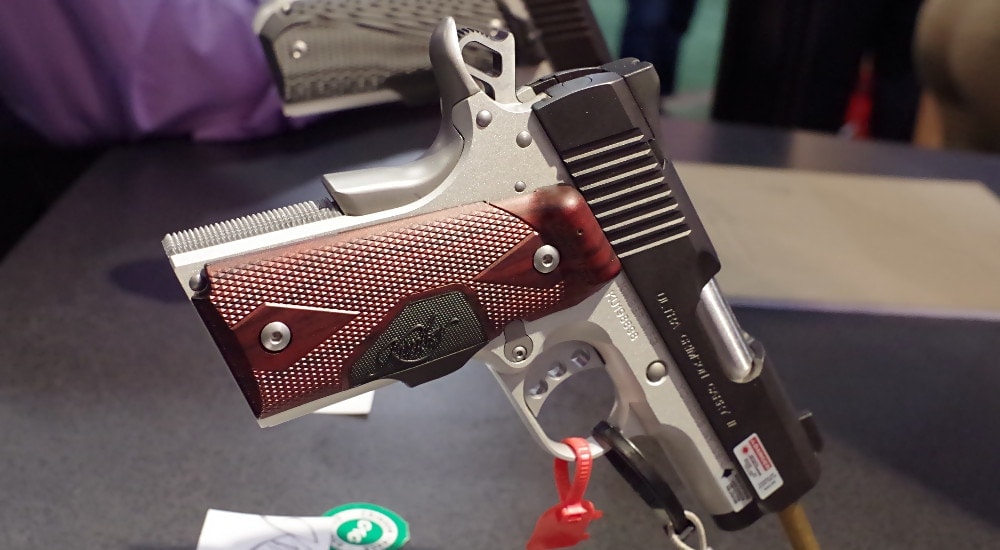 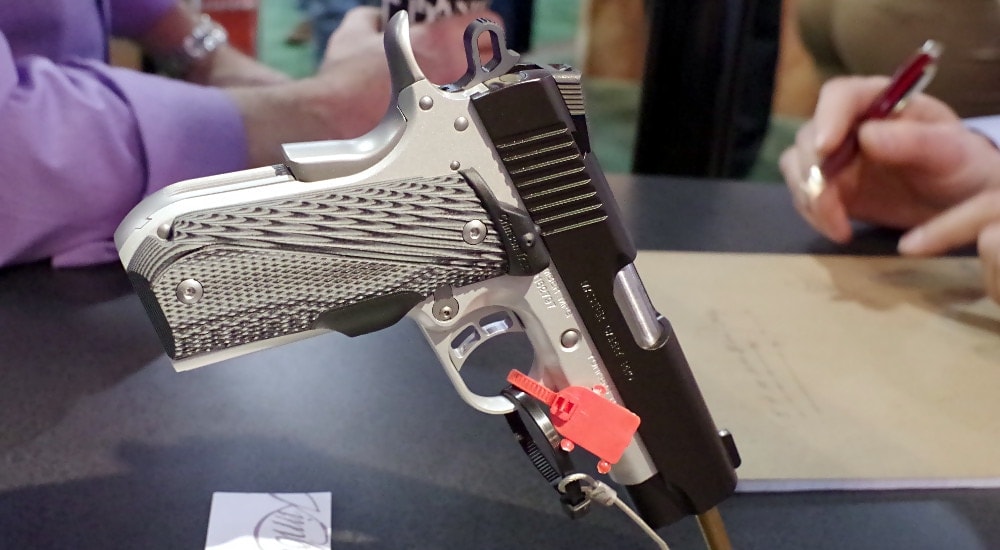 Finally, Kimber had their Warrior SOC on display as well, a two-tone matte foliage green and flat dark earth full-size railed 1911, equipped with a Crimson Trace RailMaster laser sight. This looks a lot like the Colt Railgun that was selected for service with the Marines, designated the M-45 MEUSOC. It has ambidextrous safety levers and a lanyard loop.

With these additions, it’s safe to say that Kimber wants to be your source for all of your 1911—and 1911-like—wants and needs. 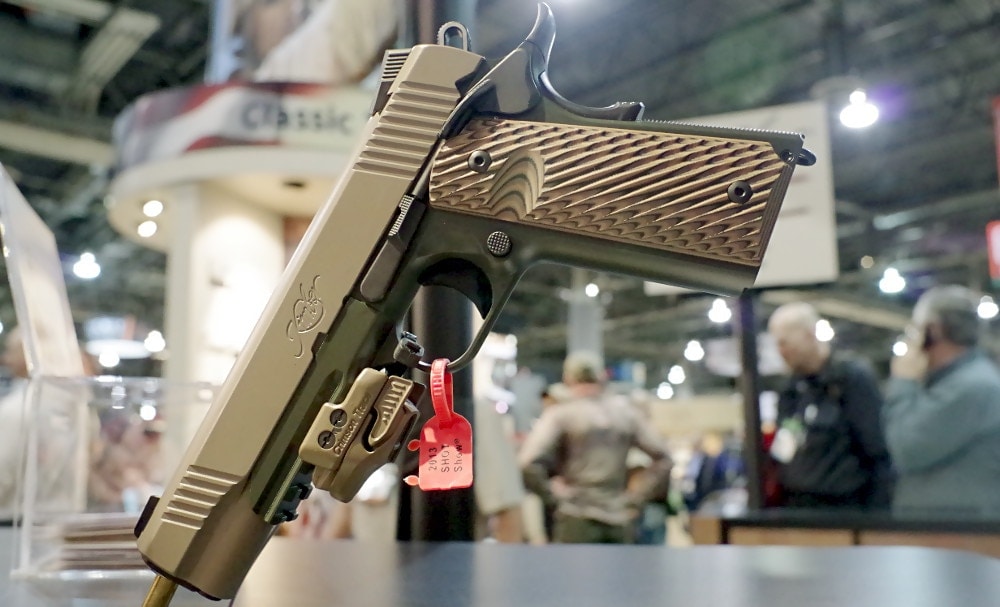