Following the president’s call to action for stricter gun laws, federal lawmakers in the senate are beginning to roll out gun control measures intended to curb gun violence and prevent mass shootings.

On Tuesday, Sen. Frank Lautenberg (D-NJ) reintroduced a bill that would ban high-capacity magazines, essentially any feeding device that holds more than 10 rounds.

“The latest tragedy in Newtown was a wake up call for our nation, and now we must now turn our grief into action to reduce further tragedies. It is clearer than ever that there is no place in our communities for military-style supersized magazines like those used inside Sandy Hook Elementary School, in Aurora, and in Tucson, and I will keep working to reinstate the ban on them,” said Senator Lautenberg in a press release.

Lautenberg, a longtime gun-control proponent, first introduced the “Large Capacity Ammunition Feeding Device Act” in January of 2011, following the mass shooting at a political gathering in Tucson, AZ.  According to the language of the bill, it would “prohibit the manufacture and sale of ammunition magazines that have a capacity of, or could be readily converted to accept, more than 10 rounds of ammunition.” 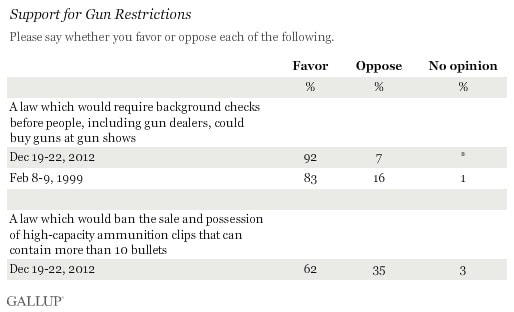 Earlier this month, a sister bill was introduced into the House of Representatives by Lautenberg’s partner in crime, Congresswoman Carolyn McCarthy, another committed pro-gun control lawmaker.

“Senator Lautenberg and I have reintroduced the bill to ban high-capacity ammunition magazines because they’re the common thread in every major mass shooting in recent history and taking them off the market can have a major impact on saving lives in America,” Rep. McCarthy said in a press release.

“The horrific murders in Newtown have shown how our nation’s lax attitude towards gun violence has gone too far and we must take action to save lives,” Rep. McCarthy added.

On Thursday, Sen. Dianne Feinstein (D-CA) will introduce her comprehensive Assault Weapons Ban into the Senate.

As previously reported by Guns.com, the bill will include the following restrictions:

Note that Feinstein’s bill also includes a ban on high-capacity magazines, which is of course by design.  Underscoring it’s status as a top priority, the Senate will vote twice on the large-capacity magazine ban, once within the context of the AWB and then again as it’s own bill (Lautenberg’s bill).

Sen. Chuck Schumer (D-NY) is leading the charge to introduce a bill that would mandate universal background checks for all gun sales, particularly those that are made between private buyers and private sellers (non-FFLs).

On Sunday, Schumer said that he would propose this bill in the “next week or two.”

Thus far, Senate Republicans have expressed ambivalence over the idea of background checks for every gun transaction, even those made between family and friends.

“I’m still looking at it,” said Sen. Susan Collins (R-ME). “I have a lot of concerns about what the impact should be on private sales, which are very prevalent in Maine.”

Collins added that she does support improving the way in which states report and share information with the FBI’s criminal background check system (NICS), specifically when it pertains to individuals who’ve been adjudicated as mentally defective.

“That’s one very commonsense change we can make that would improve the quality of the data,” she told Huffpo.

Others, like Sen. Orrin Hatch (R-UT), were more candid in their disapproval of the proposal.

“Probably not,” Hatch (R-UT) said when asked if he would back a bill mandating universal background checks. “I don’t want a national list of people selling guns … My reasoning is that we have too much government as it is, and frankly, I don’t believe it’s the guns that are the problem. I think there are many other reasons behind the problem.”

Right now the consensus in DC is that Feinstein’s AWB – as it’s currently written – will not pass the Senate.  If it does, it most certainly won’t pass the GOP-controlled House.  It’s almost dead in the water.

As for the ban on high-capacity magazines, that bill will likely pass the Senate and find tepid support in the House.  It’s unclear as to what the likelihood of it gaining full approval in the House is, but (me, personally) I’d set the odds at about 50/50.

A bill proposing universal background checks has a lot of public support, according to various polls.  Whether or not it passes will ultimately depend on how it’s written.

For example, if the bill sets up a national gun registry it will not pass, but if it includes certain commonsense exclusions (no background checks for sales involving close friends and family) then it will almost certainly gain Congressional approval.  Again, it all depends on how it’s written.