To say that I’m skilled with a shotgun would be an outright lie.  I shot my first twelve gauge at a Boy Scout summer camp when I was twelve.  I’ve been blasting away ever since.  It is my favorite kind of shooting.  It is what I want to do best.

Once, when I was a kid, I went to the USS Alabama, which is docked in Mobile.  Like the rest of the Boy Scouts I was with, I saddled up to a 20mm Oerlikon and pretended Zeros were buzzing in low off the horizon. 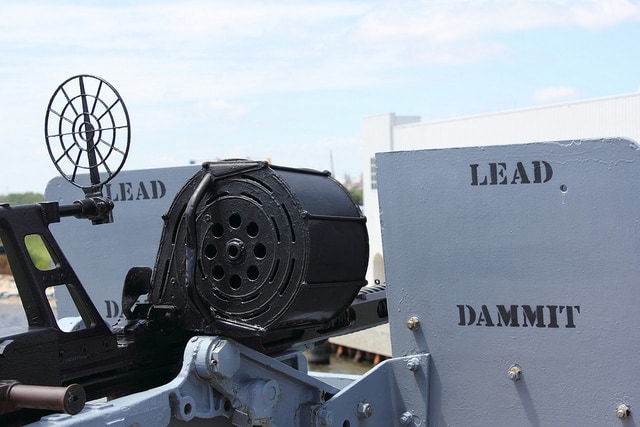 The shields had words painted on the backsides: “Lead Dammit Lead.”  I didn’t know the anatomy of a 20mm gun very well, and I still don’t.  I assumed those battleship grey wings on either side of the gun were dammits, and I figured they must have been made of lead (like bullets).  They were lead dammits.  I had never heard of imperative sentences, and wasn’t well versed in expletives.

I think all of my imaginary kamikazes found their mark.  I know now that I wouldn’t have been a gunner.  They would have stuck me in the bowels of the Alabama with a mop.

I went shooting this past week.  I took a box of clays and a little thrower out into the field behind my house.  The temperature had dropped below 20 degrees, and there was wind.  I wasn’t optimistic.  But I dusted the clays.  How you ask?  Redring.

Those old gunners wish they had reflex sights.  The Navy tried.  The spiderweb wire sights weren’t useless.  But we’ve come a lot way.  For those of us who enjoy shooting clays, or want that extra added edge when hunting, Redring is the answer.

It is, simply, a reflex sight designed especially for a shotgun.  The optic is large enough to encompass a red ring (instead of a red dot).  This ring represents the pattern of bird shot at 22 yards (20 meters).  This also helps a shooter gauge distance to a given target, as farther targets appear smaller in the ring (seems obvious enough, but it easier to do with the Redring than it is with iron sights). 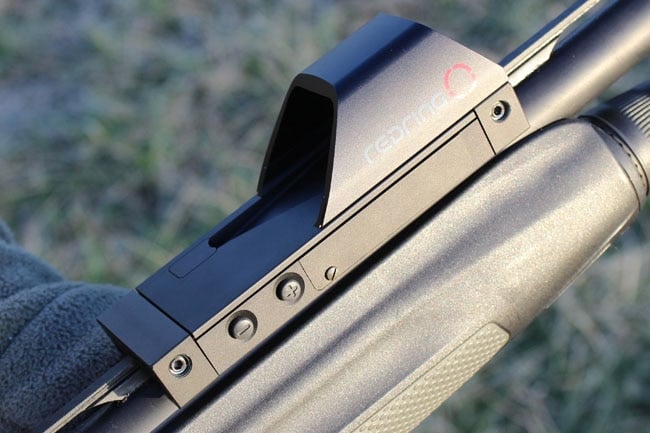 On the bottom of the sight is a mounting bracket that works a bit like a vice.  Set the sight on the rail of the shotgun (far enough down for proper eye relief) and tighten it down.  That is all it takes. Shooting with the Redring

We put the Redring on a Beretta Xtrema 2.  I’m a big fan of the gun, but hadn’t had any better luck with it than I had any of the other shotguns I’ve tried.  The Xtrema holds five shells, which is worse for me.   I’m prone to shoot, miss, shoot again and again. 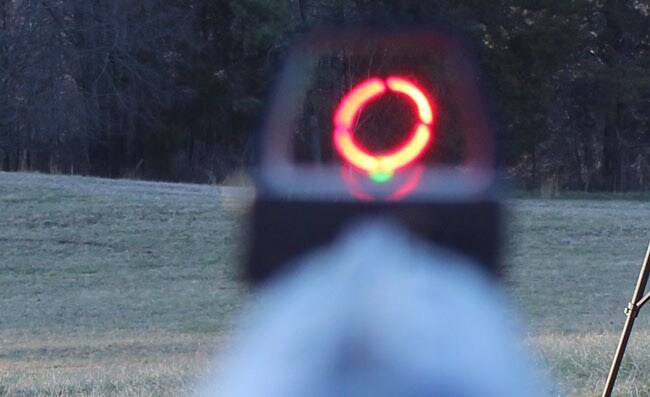 But Redring changes things.  I hit my first clay off the thrower, and almost all of the others.  With the shot pattern visible (thanks to the re ring), I can actually see the lead distance needed to break a crossing clay.

When the clays are moving away, I can center them in the ring and dust them.  We had a hand thrower, too, and were practicing some running rabbits.  While the lead distance is shorter, the shots are just as easy.

And I hit almost every clay that was thrown.  Not all of them.  And not on the first shot, always.  But I was hitting clays.

There was nothing at all about the Redring that I would classify as a problem.  Not yet.  The manual advises that the mount may need tightening after a few rounds.  But that isn’t a problem, exactly. 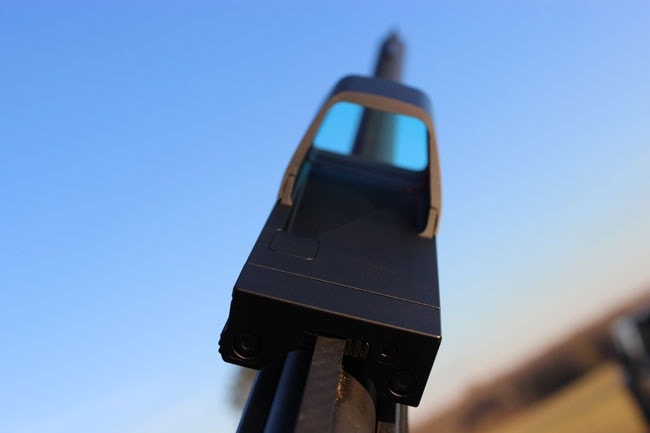 We shot close to fifty before we noticed anything was amiss.  And then we saw two things.  If the optic isn’t tight enough, it will walk down the barrel.  The recoil will push beneath it and the sight will move.  The other was just a general loosening.  But both are easily solved by keeping things tight.

It isn’t small.  I’d really like for the housing to be a bit smaller.  If so, I would put it on my tactical shotgun.  I like having a reflex sight on a scatter-gun, and this seems even better. 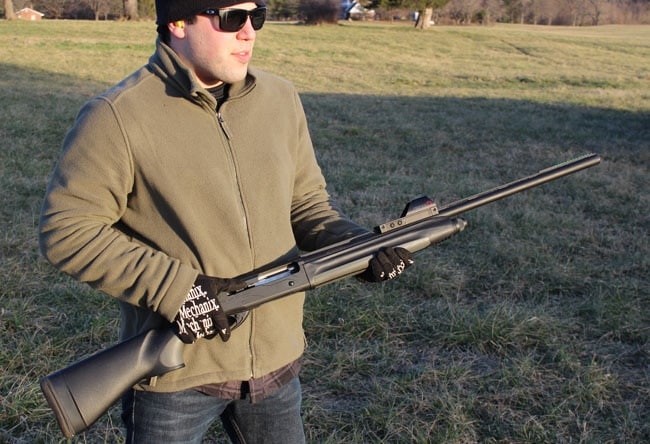 And Redring has announced that they’re making a mount for picatinny rails.  We’re working on getting one in now, just for kicks.  When it arrives, we’ll check out the Redring’s versatility.

In many ways, I’m the perfect person to test the Redring.  If I can hit clays with the optic, and I can’t without, than it works.  My assistant, Jacob, can actually shoot well.  He liked the Redring, too.  But he hits clays with or without it.

But not me.  This would be a no-brainer for hunting.  For competition?  I think it may provide a bit of an unfair advantage, really.

And it isn’t cheap.  Redring is selling them for $749.  Is it worth it?  I happen to think so.  But that’s because it helps me do something I’ve never been able to do.  It isn’t a miracle worker, but it is close.