Defense Distributed is something of a black sheep in both 3D printer and firearm circles, although many believe what they’re doing — decentralizing the manufacture of guns, making gun schematics for 3D printers free to download online — is democratic and noble.

What they’re doing now is sure to prove particularly controversial: they’re developing plans for 30-round magazines for AR-type rifles. 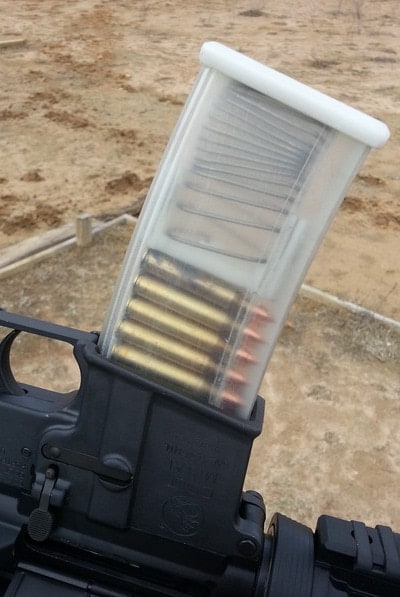 Of all of the recently-proposed gun control laws, one of the more popular — or least unpopular — prohibitions is against magazines with a capacity greater than 10 rounds.

If Defense Distributed gets their way, the only thing standing between a person and a newly-minted standard-capacity 30-round AR magazine is a 3D printer.

To the chagrin of anyone who would condemn their efforts, their first 3D-printed magazine did not function well by any standards. Like their first lower receiver, it would only function for about five rounds before malfunctions caused it to pause.

“And smooth feeding was not to be in the cards. We had to break out the blades (and keys) to shave practically every component at least once,” Defense Distributed project founder Cody Wilson wrote on the company’s blog. “Note the lip and rail thicknesses below, these would be substantially changed about three times.”

“Our first hour of testing was a bunch of one-shot strings of fire. The bolt would catch the first round and fire, but successive rounds would jam in the feed ramp.” 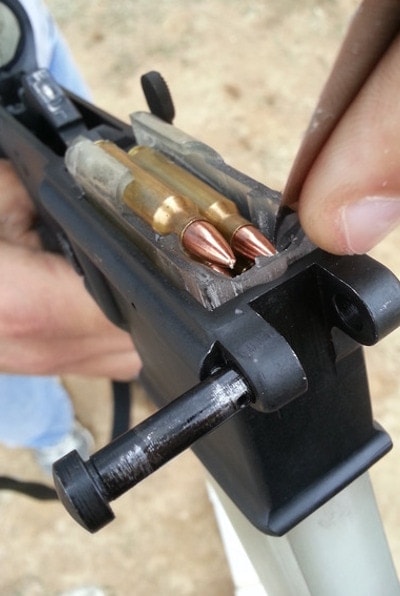 “A number of factors were contributing to this cycling problem, but the biggest seemed to be that the rounds were set too low for a good catch [the feed lips were too thick],” said .

Their initial design required a large amount of work in the field, requiring that it be filed and re-shaped extensively. The body also cracked with normal use.

This highlights the fact that making guns with non-standard techniques and inadequate materials leads to failure — the source of criticism from within the 3D printing and home gunsmithing communities. But it’s also an early design, and other materials can be used with 3D printers.

Currently, Defense Distributed has updated their blueprints to version 2.0, which includes the designs for a magazine body, floorplate and follower. People who want to make a complete magazine must acquire a magazine spring separately, or learn to make one.

However, one thing’s clear, and it’s that in time, if not Defense Distributed, someone will succeed at making easily-manufactured gun plans available for anyone with the right tools, and that those tools are no longer mills, lathes and forges, but also home 3D printers and CNC machines.

“Welcome to age of the printed magazine.”