Amid a national debate on “assault weapons” and the recent passing of strict New York gun laws, a college student armed with an AR-15 rifle scared off two armed and potentially dangerous burglars during a midnight home invasion last week in Rochester, New York.

Chris Boise, a student attending Rochester Institute of Technology, told the local ABC affiliate that he awoke just after midnight Tuesday morning to a noise downstairs — something that sounded like a knock on the door. When he reached the stairway he saw two men standing at the bottom and he noticed that one of them had a gun aimed right at him.

“I heard one scream from him, and I knew it wasn’t like a ‘I stepped on a piece of glass’ kind of scream,” said Raymond, who also attends RIT. “It was like something primal.”

Trusting his instincts, Raymond, who legally owns an AR-15, unlocked the rifle from its case.

He said, “By the time I had it out and ready, one of the men came at my door, slowly opened it, saw that there was a barrel on the other side and from there backed out.” 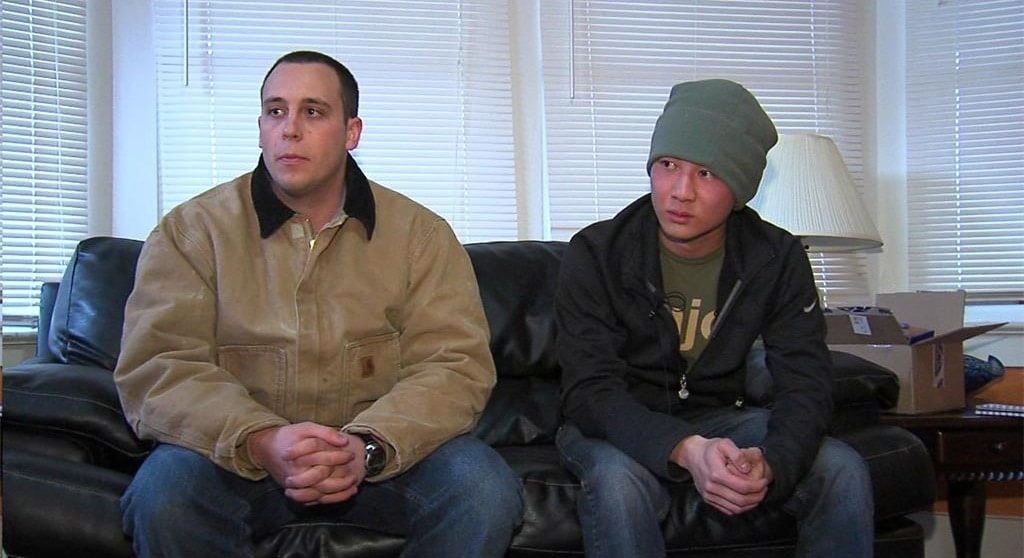 Chris Boise, left, and his roommate Raymond sit inside their living room. They were visibly, and understandably, shaken during their interview. (Photo credit: WHAM)

While the mere sight of the gun scared the intruders enough for them to flee, the gun was never actually loaded and no shots were ever fired. On top of that, Rochester police believe the intruders were armed with BB guns because they found loose BBs by a broken window in the basement, which they think the intruders entered through.

Although the two roommates had no way of knowing, at the time, whether the intruders’ guns were real or fake, Boise said he is thankful Raymond had a gun. “I’m happy he saved my life.”

Rochester Police Chief James Sheppard told the NBC affiliate that, “The [AR-15] was legal and he protected his property … We’re thankful that no one was injured.” However, he is currently catching flak by the local paper for not being more forthcoming with details about this case, especially at a time when AR-style rifles are under intense scrutiny.

But, as Sheppard explained the Democrat and Chronicle, news stories that end peacefully, meaning they end with no shots fired and no one injured, usually don’t get that much coverage.

Police are still investigating the case.