The bogus news story about the Sandy Hook 'hecklers' 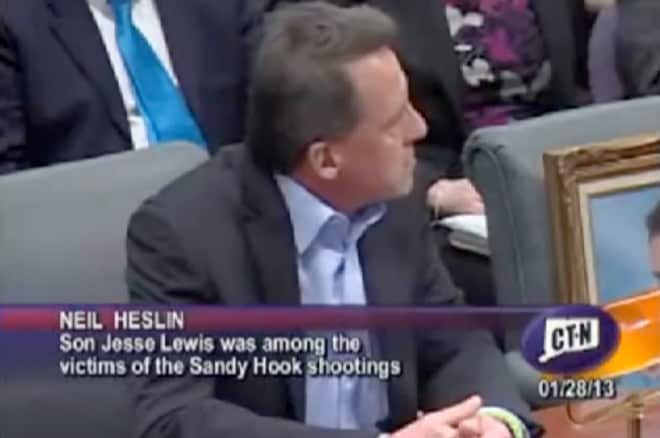 This week, state lawmakers in Hartford, Conn., held hearings about last month’s school massacre in Newtown. It was a tense affair that included passionate advocates on both sides of the gun control debate. And one incident in particular caught the attention of national and international media outlets, in which Neil Heslin, the father of a 6-year-old boy killed in the shooting, was “heckled” by gun supporters as he pleaded for the government to ban assault weapons and high-capacity clips, according to a headline in the Connecticut Post.

The story went viral—with news outlets fixating, crucially, on the word “heckled”—and was essentially held up as evidence of the callousness and rabid fanaticism of certain gun enthusiasts. Piers Morgan of CNN, for example, described it as “sickening.”

The problem is that Heslin wasn’t really heckled. The Connecticut Post seems to have exaggerated what happened, since video of the incident shows that Heslin asked a question, waited for a response, and received one. He wasn’t interrupted or badgered. According to the video (watch it below, starting at the 15:00 minute mark), the exchange went like this: