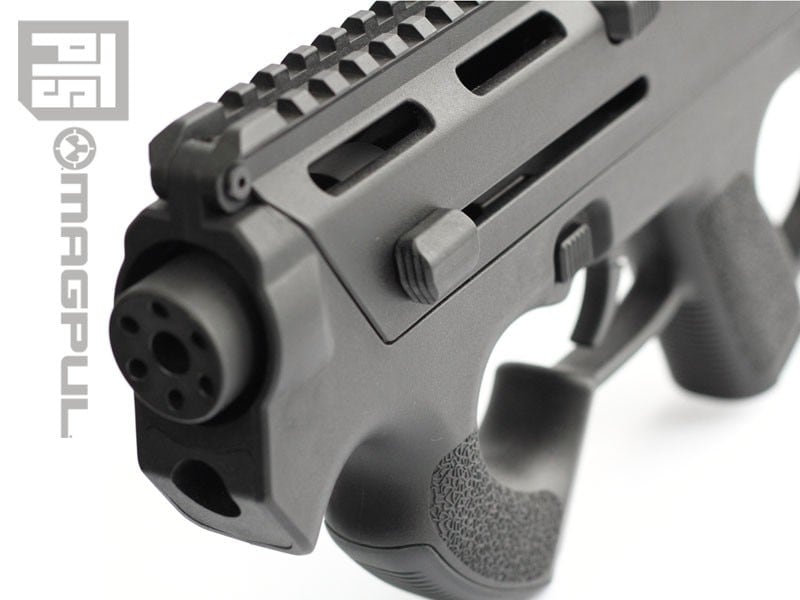 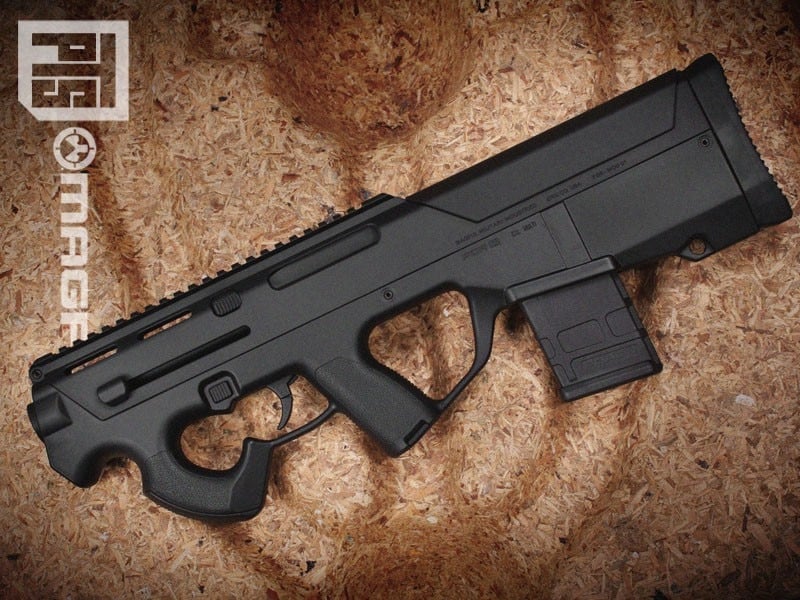 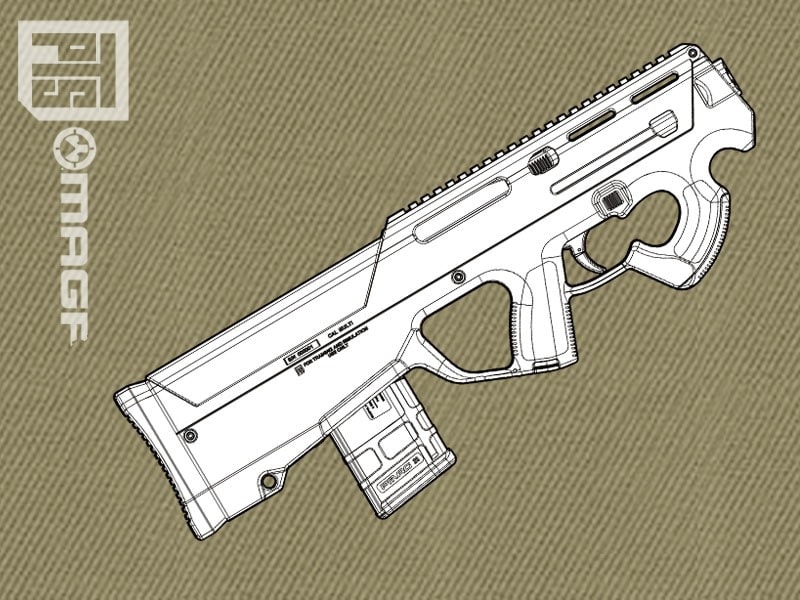 Magpul’s PDR was an amazing concept rifle-slash-personal defense weapon. I really hope that they someday make it a reality. Right now though, no such firearm exists.

But shortly, there will be an airsoft PDR.

Here are the specs:

* Reversible Mid Ejection System – On the fly, selectable ejection system simulates ejecting spent casings from either the right or left side depending on user preference and tactical situation

* Single Point Sling Mount – For use with shoulder holster

I gotta say, I’m not really interested in airsoft, but I am interested in this. The price hasn’t been announced yet. Lookin’ forward to more info.