Remington 870 gets the Magpul treatment, too, price bump 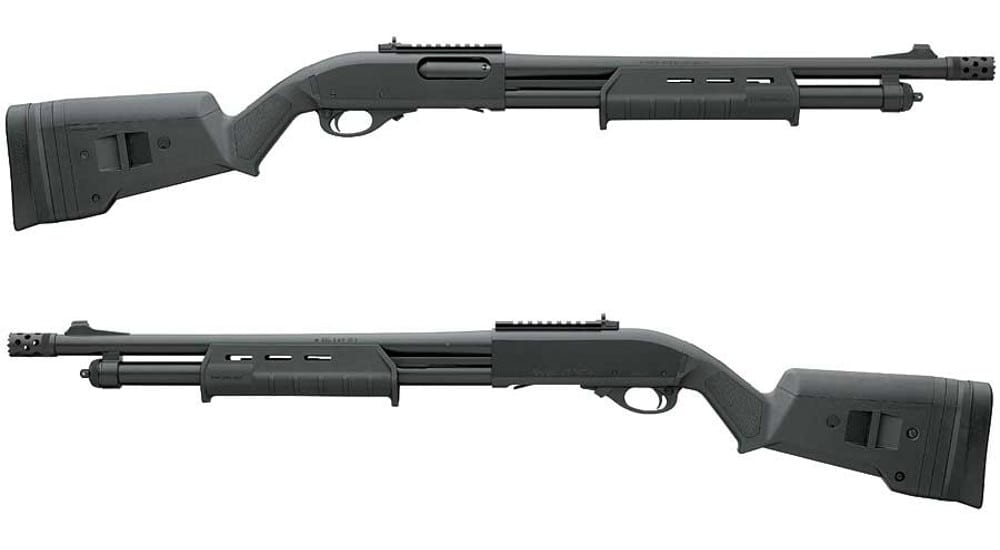 This was less of an “if” and more of a “when” but we’re glad Remington’s doing it sooner rather than later. Magpul launched their line of 870 accessories about six months ago and it was instantaneously successful.

So the Remington 870 Express Tactical Magpul shotgun isn’t too much of a surprise. The good news is that they did more than just add the furniture to a bare-bones 870. They added it to their already popular Express Tactical, which has a handful of features that befit this equally-tactical furniture.

The new shotgun has an 18.5-inch barrel with a standoff device in case you ever need to take the hinges off something, and the 6-round magazine is capped with a sling swivel. 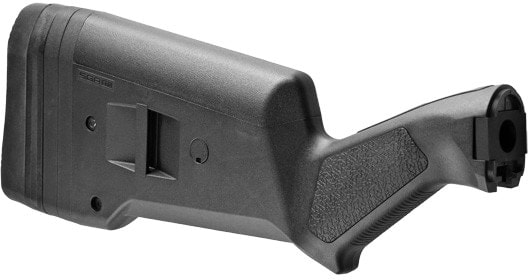 The Magpul SGA buttstock can be expanded with spacers to increase the length of pull and they have inserts in the works that go between the stock and the tang to add additional sling swivels. The buttstock does have two sling loops, one on either side. It also accepts cheek risers for use with raised optics and can use standard 870 buttpads with an adapter.

The forend is based on the same design Magpul uses for their handguards and accepts MOE accessories, including rails and light mounts.

And the whole shotgun is finished with Cerakote, which is as durable as finishes get.

Even if the real-world price is less than $750 it’s going to be hard for everyone to justify the extra cost over buying a cheaper 870 and installing the Magpul furniture themselves.

It’s possible that Remington has a trick or two up it’s sleeve regarding this new model 870 and we’re just obtuse. It’s that or Remington’s going to have to come down on the list price in a hurry.

Which is a shame, because otherwise we really like their 870 Express Tactical Magpul shotgun. It looks like a solid self-defense shotgun with a lot going for it otherwise.