On Tuesday, Democratic lawmakers in the Golden State proposed legislation that would require all gun owners to purchase liability insurance.

Those in support of the bill, AB231, believe that it will help reduce gun-related violence as well as accidental shootings and deaths. 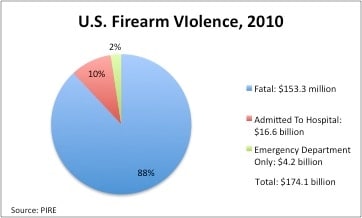 “I was moved, like many others, being the father of two young children, by the Sandy Hook incident and looking for constructive ways to manage gun violence here in California as well as the rest of the country,” Assemblyman Philip Ting (D-San Francisco) told Fox News.

“There’s basically a cost that is born by the taxpayers when accidents occur. … I don’t think that taxpayers should be footing those bills,” Ting continued.

Another co-sponsor of the bill, Assemblyman Jimmy Gomez (D-Los Angeles) argued that bill would promote responsible gun ownership, saying that gun owners would be inclined to take firearms safety classes and take extra precautions when locking up their firearms to receive lower insurance rates.

Though recent events have given new life to this cause and along with California, lawmakers in Massachusetts, Maryland and Connecticut have introduced similar pieces of legislation.

According to Reuters, the Maryland version would “mandate that anyone possessing a firearm have liability insurance of at least $250,000.”   Moreover, it would require anyone “selling, renting out or transferring a gun to verify that the person getting it has liability insurance.” 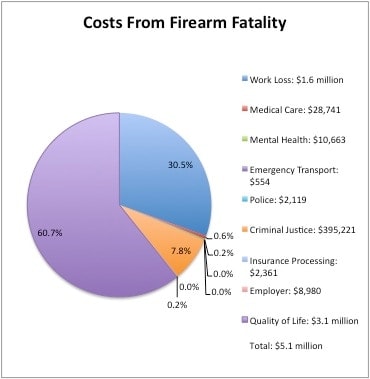 Obviously, within the gun community, there is strong opposition to the notion of the government inserting insurance companies between gun owners and their Second Amendment right to keep and bear arms.

Among the chief complaints is that it would be “economically discriminatory,” as NRA spokeswomen Stephanie Samford explained to Reuters.

To expand on her point, Sam Paredes of Gun Owners of California told Fox News that it would “price gun owners out of existence, specifically the law-abiding poor who live in crime-ridden areas and need protection the most.”

One can make a credible argument that it would turn a constitutionally guaranteed right into a privilege contingent upon one’s income.  If one doesn’t have enough money to afford the insurance premium, he/she cannot exercise his/her fundamental right to keep and bear arms for self-defense.

Currently gun owners can purchase liability insurance to protect themselves against lawsuits in the event of a self-defense shooting or against accidents, injuries, etc.  Even the NRA offers insurance packages, advertising on its website “Because accidents do happen no matter how careful you are.”

Though no pro-gun organization (as far as we can tell) is arguing that it should be mandatory for all gun owners.

Firearm-related fatalities and injuries cost the U.S. around $174 billion in 2010, according to estimates from the Pacific Institute for Research and Evaluation.   That amounts to around $564 per American (to see how the costs add up, check out this article here).

Of that total amount, roughly 153 billion is spent on firearm-related deaths.  In 2010, there were 31, 328 deaths by firearms.  Roughly speaking, two thirds were suicides, one third were homicides, 2 percent were accidents and .8 percent were undetermined intent, according to CDC and National Vital Statistics Report numbers on the institute’s website.

Given this breakdown, do you think law-abiding gun owners should be required to pay for liability insurance?