A 12-year-old girl pulled a gun on her father in an attempt to stop him from beating her mother in Mohave Valley, Arizona, last month. And in a way it worked. 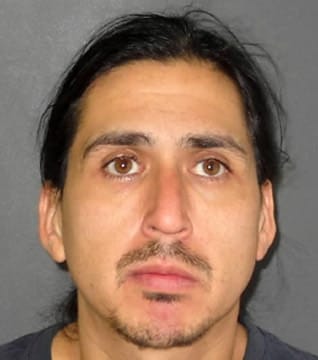 Correa’s wife told deputies that an argument escalated into a fight where Correa kicked her several times. During the attack, their daughter ran into the bedroom and grabbed a gun from the dresser. She confronted her father, pointed the gun at him and yelled for him to stop. This gave her mother an opportunity to run out the door to seek help, the CBS affiliate reports.

The mother made it out the front door, but inside Correa confronted his daughter, punched her and wrestled the gun from her, the daughter told deputies.

Correa then went after the mother, with the gun in hand, chasing her in the front yard. He managed to grab her and he tried to cover her mouth with his free hand to keep her from yelling, but she broke free.

Sheriff’s deputies arrived a short time later and found Correa in the backyard of the house. He was arrested without incident and the gun was confiscated, CBS reports.

Correa claimed that he was just having an argument with his wife, the Fox affiliate reports.