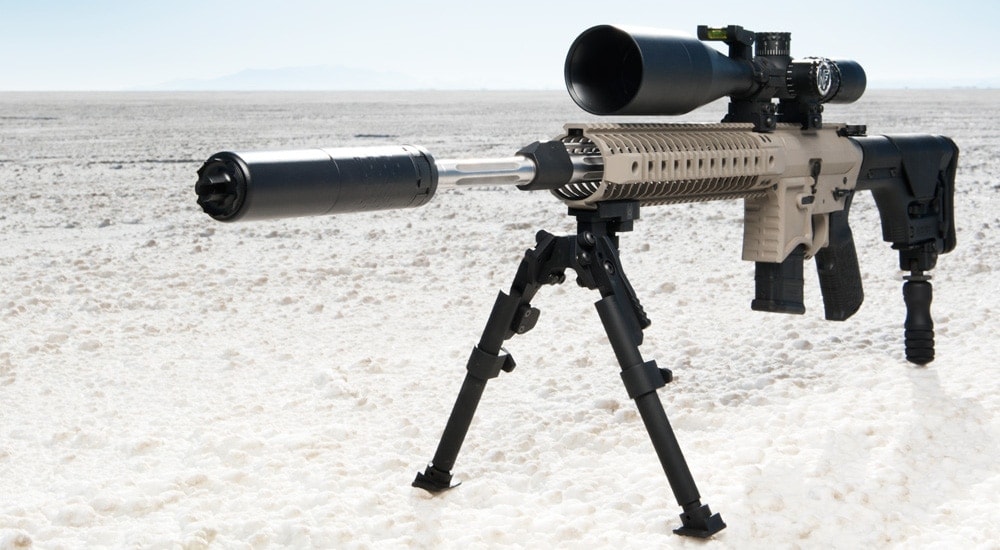 Earlier this week Bob Owens suggested one common sense gun law that stands out from the standard fare of limiting magazine capacities, banning certain firearms or features and in general making it harder for regular people to access firearms. He proposed that we end the regulation of silencers and the restrictions on their ownership.

He isn’t the first person or even company to suggest this. Silencers have a negative reputation as a tool of killers and assassins by removing the characteristic report of shooting.

They were and still are considered safety devices, not stealth modules that make criminals invisible to the police. Which begs the question, why are they so heavily restricted?

Owens was quick to the explanation. “Why do we even have suppressors as a restricted item, with lengthy background checks and an absurd $200 tax stamp per suppressor? Because some dimwitted politician worried about people poaching deer during the Great Depression.

Now of course, because so people in general are unfamiliar with them, and they have been portrayed in movies and television as the heart of killers’ guns, many people—including some shooting enthusiasts—think their only purpose is to assist criminals with their trade.

For reference, here is a sound pressure level test of the Silencerco Saker, one of the most advanced silencers on the market, compared against shooting without a silencer.

Averaging over 130 decibels, shooting a suppressed AR-15 is roughly as loud as a jet engine, with a silencer. Other types of firearms, ammunition and silencer combinations are out there, and it’s possible to bring subsonic small-caliber gun noise down to as low as 100 to 110 decibels—about as loud as a car horn.

If people are really concerned about quiet killers, they missed the crossbow wagon by a mile.

In truth, other nations with much stricter gun control laws have fewer restrictions on silencer ownership. Outside of the U.S., it really is just a safety device that protects shooters and makes shooting more enjoyable.

Another thing to consider is silencer production. Right now, only a handful of companies can afford to make silencers. They don’t have a large materials cost, but they do have a lot of overhead because the market is limited to a tiny segment of the commercial market outside of special military and law enforcement sales.

If the restrictions on silencer ownership were removed, the overhead costs would evaporate, making the cost to buy silencers in easy reach of everyone—including police and military users. It’s a safety device; everyone should be able to get them.

If this is a time for conversation, the subject of making silencers available to everyone is long overdue.