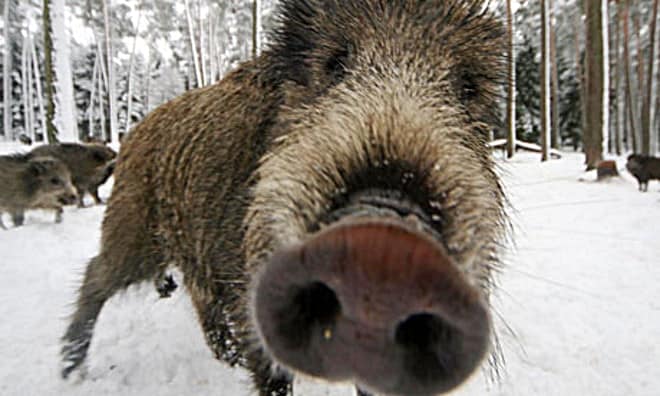 A French motorist has been killed in an apparent freakish accident, after a bullet fired by a hunter ricocheted off a wild boar, before travelling almost 2 km across fields, through the driver’s window and eventually striking the driver in the head.

The apparent accident took place in the Oise department of northern France early on Sunday morning, where a hunt was in progress at the time.

According to reports in French media, the hunters have claimed that while out tracking wild boar, one of their party aimed a shot, but the bullet flew off the animal at an “unlikely angle,” before travelling across the fields and striking the passing motorist in the head.

The victim’s wife, who was with him in the car when he was shot, managed to take control of the vehicle and narrowly avoided a line of trees before ending up in a nearby field.

The woman was found in shock by firefighters and taken to hospital.

“The bullet rebounded [off the boar] at almost a right angle. In terms of probability, it’s very unlikely,” he concluded.

The suspected shooter is said to be an “experienced and level-headed” 68-year-old hunter, according to French daily Le Parisien.

As police combed the surrounding area for clues, investigators have been left mystified as to how the hunter’s bullet ricocheted off the boar at such a wide angle, and travelled a reported 2km before killing the motorist.

The local prosecutor emphasized that “everything remains to be clarified.”

So, do you believe it? Seriously, a tw0-kilometer—that’s 1.25 miles, or 2187 yards—fatal ricochet? That really stretches the legs. Something tells me the shooter just shot upwardslyish, you know, like an arc, and that the whole magic boar story was concocted.

Mostly, I just don’t believe that the projectile could maintain that kind of energy after making a “right angle”-type turn. Not that distance, and even if it did, not fatally. Because for the projectile to have that kind of power behind it, why wouldn’t it have dropped the boar? Sure, their heads are tough, but one and a quarter mile lethal ricochet tough?

Via The Local, er, I mean, Ze Locale.