How to photograph a BAR (7 Photos) 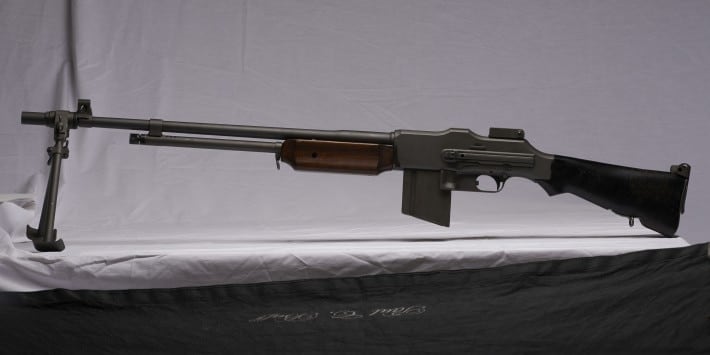 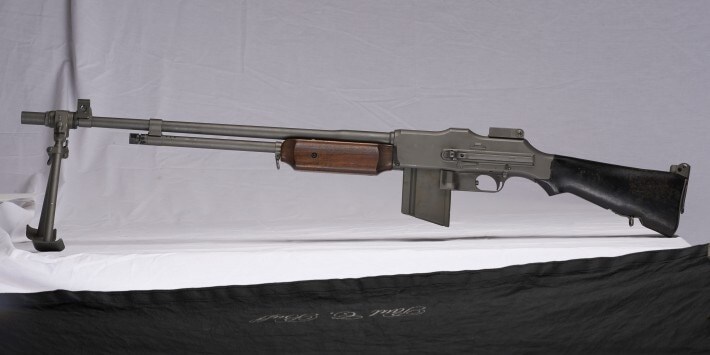 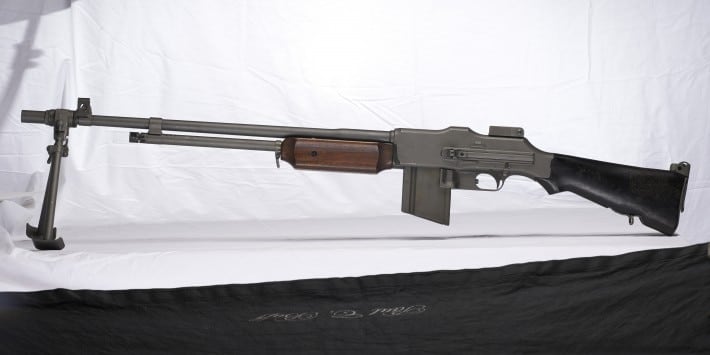 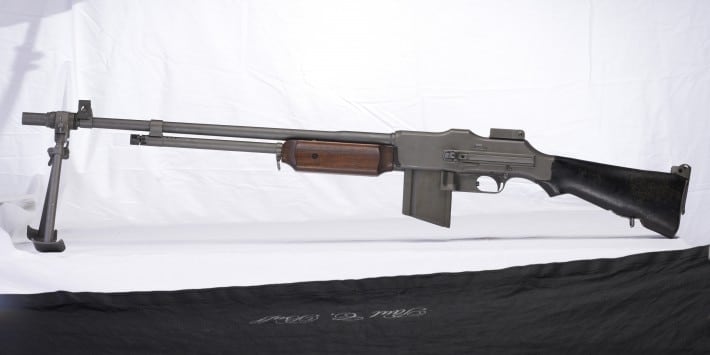 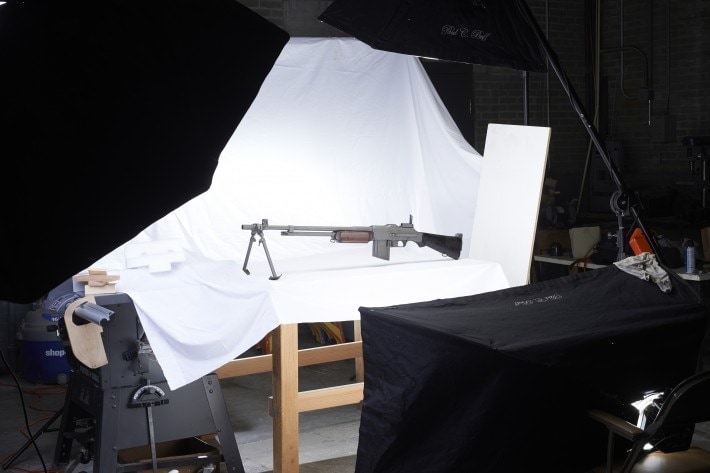 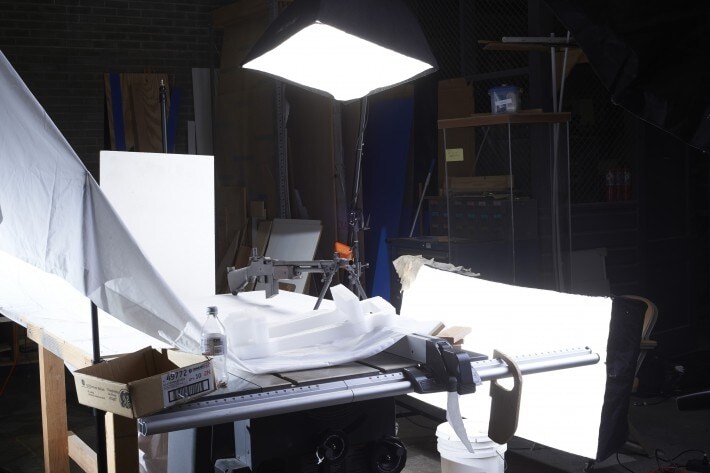 Throughout the shoot, I was carrying these guns from their storage area to where I was photographing them and I guess I looked like I was being overly careful, considering that afterall, the BAR is worth in excess of $50,000, because the curator had to remind me that they were guns and could take a few light knocks.

The lighting set up for these was actually quite simple, I started with a medium softbox boomed over the gun to give it a nice contrasty top light.

Following this I used a very large rectangular softbox at a 45 degree angle below and in front of the gun. this filled in all of the dark places (such as the dark wood) on the gun while still allowing for some contrast.

Finally I added a fill light on the far left hand side to give just a bit more fill in the shadows. This was actually a bit of a mistake because it created some weird color casts that I had to deal with in post, but it all worked in the end.

For a full run-down of how these photos were taken (and some photos of other museum guns) head over to FS Originals.