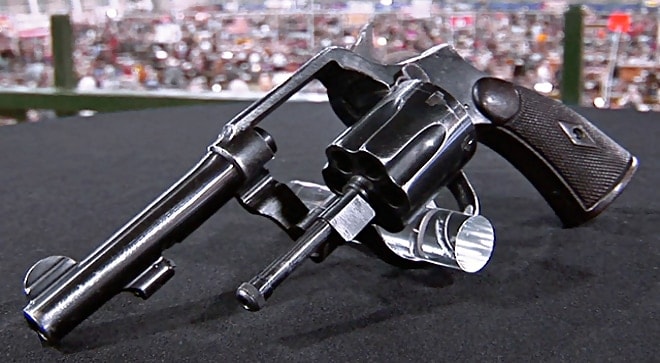 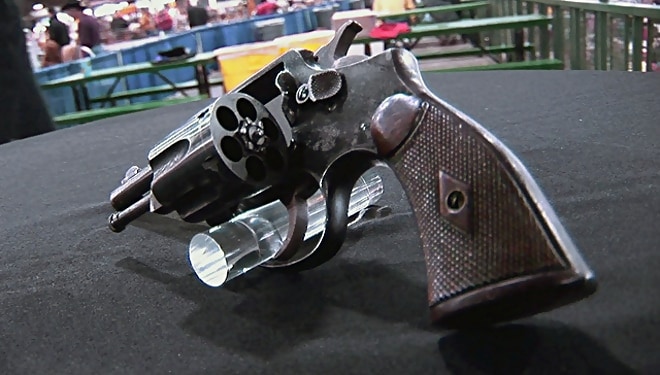 Infamous gangster Charles Arthur “Pretty Boy” Floyd left his mark on history during the top half of the 20th century starting at the age of 18, building up to a life of crime that would see him dead by the age of 30.

He is most famous for being hunted by the FBI for his suspected involvement in the June 17, 1933 “Kansas City Massacre,” where four police officers were gunned down at the Union Station in Missouri. He was shot to death in a cornfield by FBI agents Melvin Purvis and Herman Hollis.

On display at the Davis Arms and Historical Museam is his comparatively humble .38, a Smith & Wesson Model 1905.

The gun in on loan from former U.S. Marshal and Pryor, Oklahoma Police Chief Austin Whitaker.

“Whitaker was involved in a manhunt for Charles ‘Pretty Boy’ Floyd,” said Davis Arms’ curator Jason Schubert. “After they caught him, the FBI agent who was running the operation took this gun off of Floyd and gave it to Whitaker.”

“It’s any revolver that you’ve ever seen. The Smith & Wesson 1905 worked, it was simple and it was effective. They became the basic police revolver through the 20th Century,” said National Firearms Museum Director Jim Supica.

An improvement over the Hand Ejector Model 1902, the Military and Police Model 1905 is a variant of the double-action Model 10 and an extremely successful revolver for Smith & Wesson, with about 600,000 revolvers made, in a handful of variants, with blue and nickel finishes, in 2-, 4-, 5-, 6- and 6.5-inch barrels. 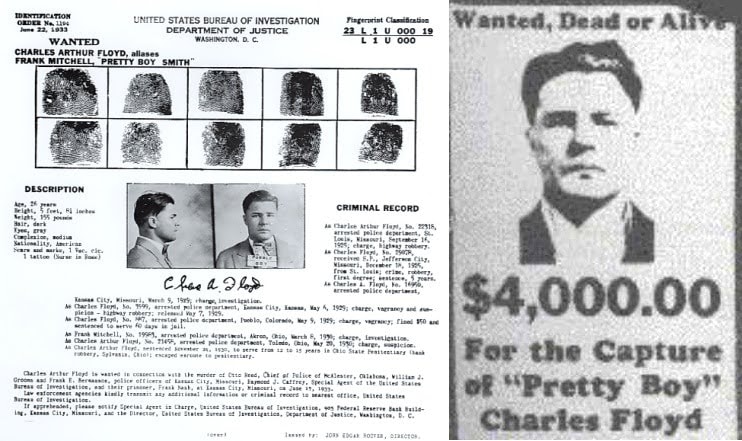 Many historians and law enforcement experts today don’t believe that Pretty Boy Floyd was actually involved in the Kansas City Massacre, although he personally killed several law enforcement officers, including ATF agents and sheriffs. He led a gang of highway and bank robbers, thieves and killers—and carried a .38.

Over the years, he developed a somewhat heroic folk legend outlaw status, as a victim of the Great Depression driven over the ledge, and has been honored in music, literature, film and even video games.