A professional shooting coach faces up to 20 years in prison after a Georgia county court found him guilty of child molestation yesterday. 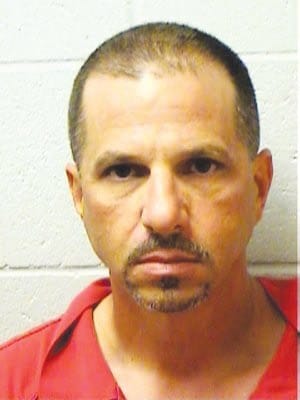 Henry County jurors found Billy Abbate, 47, guilty of one count of child molestation and acquitted him of the 23 others he faced, the Henry Herald reported. That one count involves the allegation that he provided a sex toy for his victim to use.

The newspaper reported that jurors rejected the state’s argument that he carried a longterm sexual relationship with his victim, who was a the time 15 years old and a student of his.  He is said to have traveled with her and her shooting team to various states.

The trial, which was postponed several times, began last week. During the trial the victim detailed the alleged incidents that started in January 2011. The Henry County Assistant District Attorney Sandi Rivers told the paper that the girl thought Abbate loved her and they would one day marry.

Initial charges were filed sometime in 2011 and Abbate actually turned himself in to the Henry County jail in August 2011 though claiming he was innocent. He was released in October of that same year on bond and then was indicted by a grand jury.

Before his arrest, Abbate trained shooters for and participated in major shooting competitions held by organizations like the United States Practical Shooting Association and the National Rifle Association. All the major brands he was once associated with have wisely distanced themselves from him. In addition, along with a Georgia business, he planned to renovate several hangars at an Atlanta-area airport and turn them into movie studios. That project has since fallen through.

Abbate will be sentenced in Georgia on Feb. 15, but he also faces similar charges in the victim’s home state of Virginia.