Going back decades, there has been a school of thought among the self-defense minded that it’s smart on the wrist, the wallet and the gun to practice with lighter, less powerful loads instead of the stouter one’s a shooter would normally concealed carry for self-defense. At first blush it makes perfect sense: it is no secret that ammunition is not as cheap as it used to be, especially the kind that is used for personal defense.

A box of fifty full metal jacket .45 ACP rounds costs a heck of a lot less than the same number of Speer Gold Dots, Remington Golden Sabers and so on and so forth, so shouldn’t you go with the cheaper for shooting practice?

I think people should practice with what they can afford and then carry what they feel safe with, but I also have to ask, do these folks ever practice with the ammunition they are betting their lives on? And if that’s the case, is it wise to set hit the streets with a gun load combo you’ve rarely fired?

Surprising to some, this movement began in the law enforcement community when the mid-size .357 Magnum revolvers like the Smith & Wesson Model 19 became 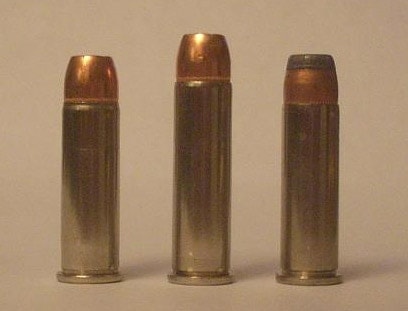 popular among LEOs.  Rookie and veteran cops both preferred shooting lighter .38 Special rounds for practice and qualifications but would carry the more powerful, harder recoiling full magnum loads on duty. The thinking, aside from alleviating the shooter from extended exposure to nasty recoil, was that these smaller guns would not stand up to the constant, every day pounding of the heavier magnum loads as these were designed for the big N-frame revolvers like the Model 27 and Model 28 Smith & Wessons.

This frame of thinking has continued to this day in Sheriff’s departments across the country, but it has also spread to the ears of near anyone who carries a gun for personal defense.  It seems today that every popular caliber has a cowboy load equivalent and rarely do I see shooters engaged in serious practice sessions with their expensive, more robust self-defense rounds.

But what is the actual difference between practice loads and defense loads? Well in the case of a .357 Magnum (where .38 Specials are used for lighter loads), you can have a velocity difference of anywhere from 300 to 400 feet per second if not more. That much of a difference is going to be noticeable, but not only in the recoil—also the point of impact of the bullet.  Even at a few yards and under the steadiest of conditions this disparity could cause you to miss the target entirely, and when it comes to you or him, a single miss could be all the difference. 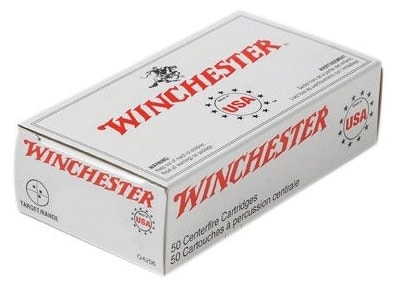 So, if you shoot a .45 ACP and you have a whole bunch of hardball ammunition, what sort of difference can you expect if you only practice with the target ammo instead of the good stuff?

Winchester’s 230 grain FMJ has a muzzle velocity of about 775 fps, while Hornady’s TAP 230 grain JHP +P load is running an advertised 950 fps.  That is quite a difference and with many of your .45 ACP defensive ammunition using smaller weight bullets like 185 and 200 grains the difference in bullet weight and velocity can lead to an even larger difference in how the gun shoots and where the bullet ends up. It might only seem like a game of inches to you when you are at the range but you are not training to shoot at the range.

Training in an uncertain time 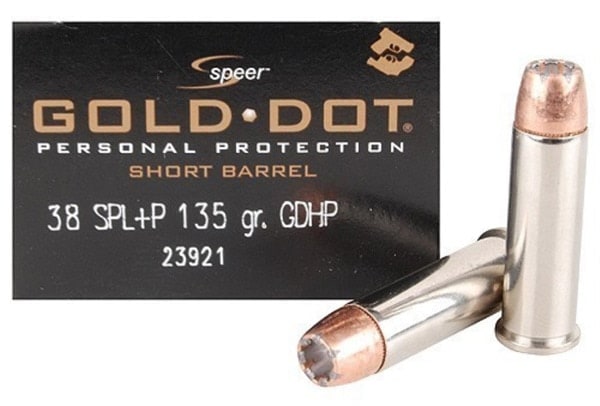 dollar a round to shoot, but you have to ask yourself is that expense worth the money.  The answer should be a resounding yes.  If you shoot even one box a month of your defense ammo, you will be getting used to how your gun handles and where the point of impact of that bullet is versus your practice ammo. That should be well worth the extra expense.

Carrying a gun for personal defense is a great responsibility and you should be making sure that you are prepared in every way shape and form. By shooting only lighter loads and never practicing with the ammunition you will be carrying in your gun, you will be giving your attacker an unfair advantage.