Timeline of Manhunt for Ex-LAPD Cop 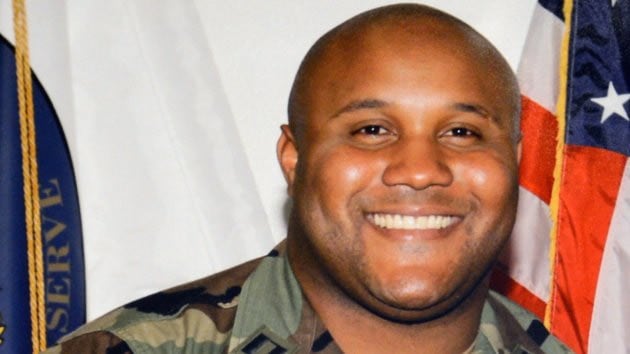 The ex-Los Angeles police officer who has murdered three people, injured one critically and left one with minor wounds is still on the run, which has police all over on edge. He’s now the subject of a manhunt that spans all across the LA-area.

The story began when police responded to the shooting death of a couple in Irvine, California, around 9 pm on Feb. 3. Police identified the victims as Keith Lawrence, 27, and his fiancee Monica Quan, 28.

The next day, the suspect 33-year-old Christopher Dorner published what’s being called his manifesto on his Facebook page. In the document he indirectly links himself to the murders by airing grievances toward the LAPD and specific officers, as well as detailing the incident that got him fired.

In his manifesto, Dorner said he would like to clear his name. He explains how he reported an officer who he witnessed, in 2007, using excessive force on a suspect in handcuffs, so, in turn, that officer along with higher ranking members in their chain of command conspired against him. They said he made false statements about his training officer and, as a result, was fired a year later.

Dorner goes on to say that none of those officers, the LAPD —  or really any police officer for that matter — or their families will be safe. He called it “unconventional and asymmetrical warfare.”

One officer he cites as a specific target is retired LAPD Capt. Randy Quan, father of Sunday night’s female victim.

Irvine police and the LAPD together issued a statement Feb. 6 saying that Dorner has been named the main suspect in the double homicide and that he has issued threats (in his manifesto) against the police.

“We are taking those threats very seriously as we do all threats against our personnel and the public,” the LAPD said and warned that Dorner is armed and extremely dangerous.

In his manifesto Dorner also said that he knows how police will respond as he’s familiar with their tactics, and that he is equipped with handguns and an AR-15. He also suggested that he has a Barrett .50-caliber rifle and even some class III items like a silencer.

At 1:35 am on Feb. 7 in Riverside, California, local police responded to an officer request for immediate assistance, but when they arrived they discovered two officers with gunshot wounds. One officer, a 37 year old with 11 years experience on the force, was killed, and his partner, 27 and one year of experience, was in critical condition and brought to the hospital.

Witnesses told police that the two officers were stopped at a red light and were ambushed by the shooter, who fled in what looked like Dorner’s vehicle, a gray Nissan pickup.

About 10 minutes after police responded to the ambush, a citizen approached two LAPD officers in the Riverside area, who were also working on the Dorner detail, and informed them that a vehicle matching Dorner’s was just around the way. So they responded to where the vehicle was parked and identified the suspect. Dorner quickly fled in his truck and the officers followed suit. Shortly after entering the freeway Dorner opened fire on the officers, which they returned, while they were in their car.

One officer sustained a non-life threatening wound to the head, was treated and remained on the scene of the incident. Police were unable to confirm whether or not they wounded Dorner.

Later that morning police were on edge. Around 5:15 am, LAPD officers, who were searching for Dorner, spotted what they thought was his vehicle. According to the statement, “Officers observed a vehicle matching the description driving down the street weaving from one side of the street to another.  As the vehicle continued to weave, it would speed up and slow down.  The vehicle then activated its high-beam headlights as it approached closer.  Officers tried to approach the vehicle and an officer-involved shooting occurred.”

It turned out to be two women delivering newspapers. Both were hit by gunfire and both were taken to a local hospital. One had a minor gunshot wound and was released, and the other woman was shot twice but was reported to be in stable condition.

That afternoon the San Bernadino Sheriff’s Department found a pickup truck that had been torched on Big Bear Mountain, a ski resort area about 100 miles northeast of LA. It turned out to be Dorner’s truck. That’s where the investigation is now and the authorities are currently searching for him in the mountains on foot with dogs, checking door to door, stopping and searching cars, and by air.