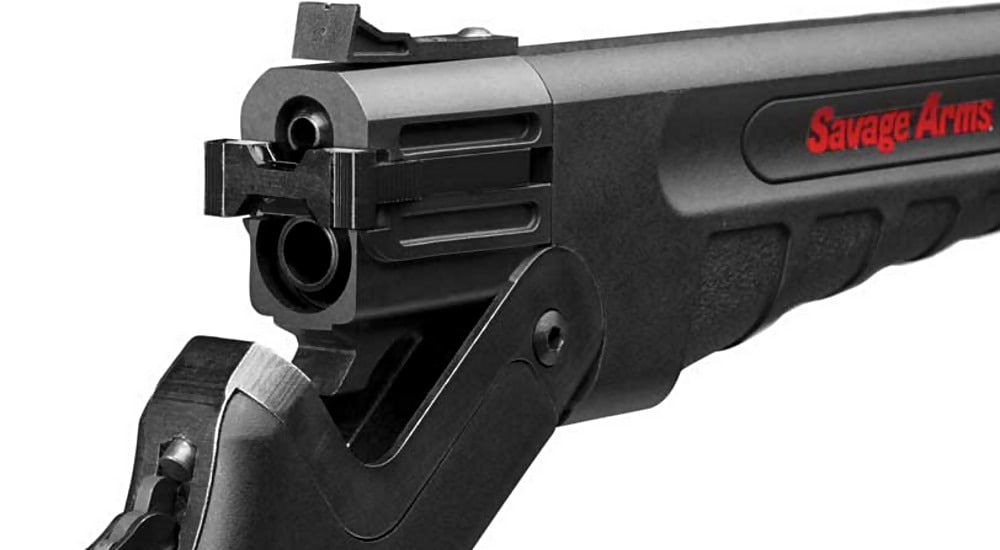 Savage has quietly updated their Model 42 survival combination gun with a new version chambered with one barrel in .22 Winchester Magnum Rimfire and the other for .410 shotgun shells. This is a step up from the original Model .42, which has the .410 shotgun barrel but the rifle barrel is chambered for .22 Long Rifle rimfire cartridges.

Most .22 LR cartridges generate between 100 and 200 foot-pounds of force; .22 Magnum starts around 300. It’s also very flat-shooting out to 100 yards, with better ballistics than .22 LR; it has more energy and retains it better.

The Model 42 was brought back last year following a renewed interest in survival guns by shooters everywhere. These handy, lightweight combination guns are inexpensive and very practical.

The new Model 42 features a slick red and black polymer stock, the same as the .22 Long Rifle version. In fact, on looks alone, they’re practically identical. Both are built around 20-inch barrels, weigh six pounds and have an MSRP of $480 (meaning in-store prices often between $350 and $400).

The only difference is that the new Model 42 fires a zippier rimfire cartridge, one that’s more suitable for “big” small game, and if absolutely necessary, self-defense off the grid.

It’s a simple break-action combination gun with extractors. It’s only available with a matte black finish but it does include adjustable black-on-black sights.

Honestly if you’re going to spend a long time by yourself, living off the land, this is one of the better tools for putting food on the fire out there.

And .410 shot shells are getting more and more interesting, too, with new loads like Hornady’s new Triple Defense buck-and-slug load.

If you’re looking for a neat woods, plains, desert or mountain gun, you should consider the Model 42. And if you’re going to really depend on it for food, chambered in .22 Magnum along side .410 bore, it’s got a lot of appeal.