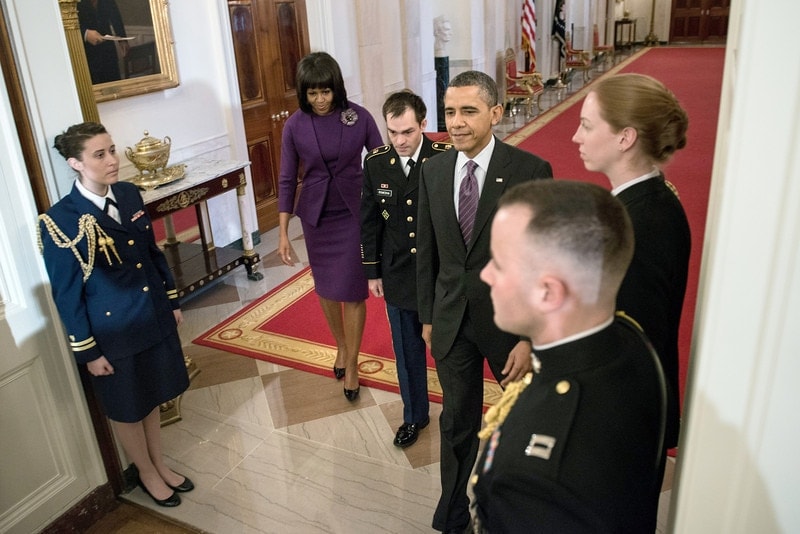 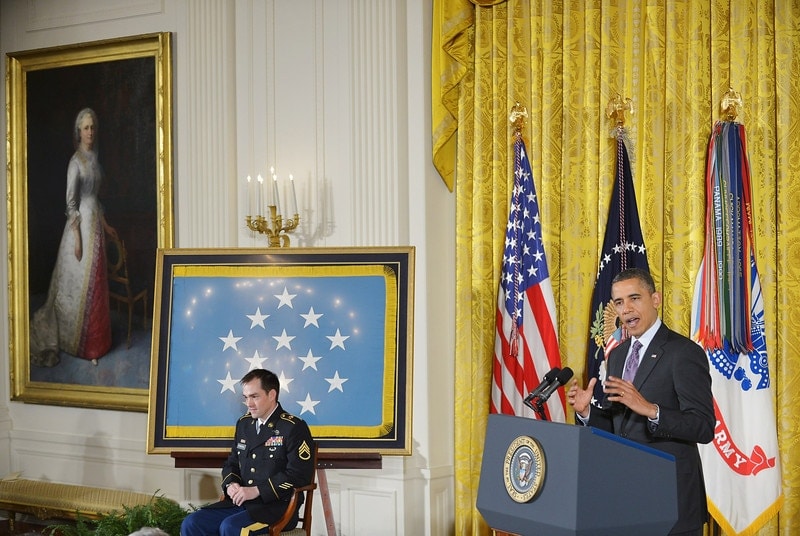 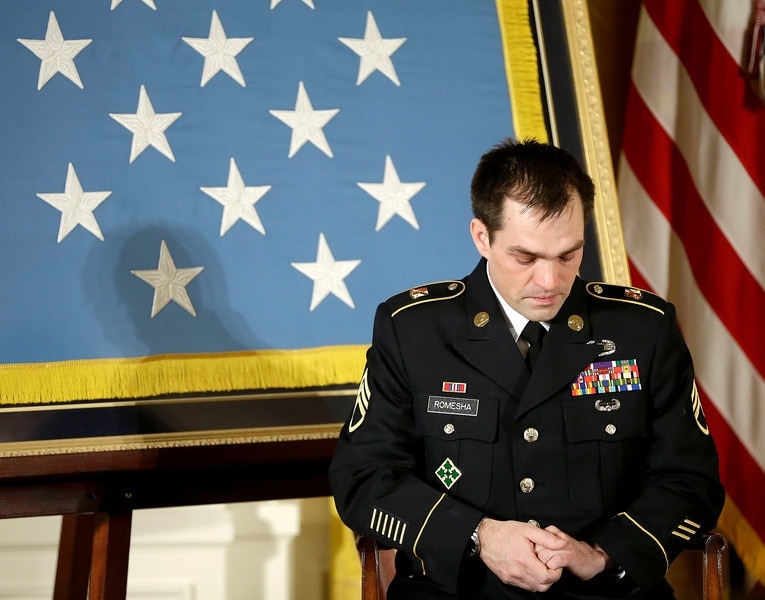 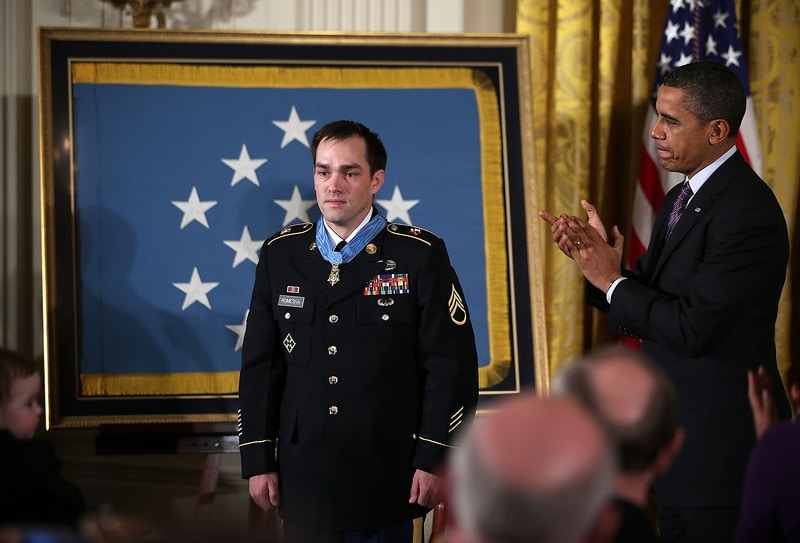 Yesterday President Obama  awarded Army Staff Sgt. Clinton Romesha with the Medal of Honor for his actions on October 3, 2009, at Combat Outpost Keating, Kamdesh District, Nuristan Province, Afghanistan.  Romesha is the fourth living winner of the medal from Operation Iraqi Freedom or Operation Enduring Freedom.  Romesha unit came under attack on October 3, 2009 by over 300 Taliban fighters.  “What happened next has been described as one of the most intense battles of the entire war in Afghanistan,” President Obama said during the ceremony.

“The attackers had the advantage — the high ground, the mountains above,” the president continued. “And they were unleashing everything they had — rocket-propelled grenades, heavy machine guns, mortars; snipers taking aim. To those Americans down below, the fire was coming in from every single direction. They’d never seen anything like it.”

As the sun rose and the bullets flew, Sgt. Romesha and the others jumped from their beds. The sergeant managed to call in air support that killed 30 insurgents and reclaim a mortar pit, despite a shrapnel wound he suffered during more than 10 hours of fighting.

“With gunfire impacting all around him, Clint raced to one of the barracks and grabbed a machine gun,” the president recalled during the emotional White House ceremony. “He took aim at one of the enemy machine teams and took it out. A rocket-propelled grenade exploded, sending shrapnel into his hip, his arm and his neck.

“He kept fighting. Then, over the radio, came words no soldier ever wants to hear – ‘enemy in the wire.’ ”

The combat came within 10 feet. The buddies of Sgt. Romesha and the other members of his team were pinned down in a Humvee.

“So he and his team started charging, as enemy fire poured down,” the president went on. “And they kept charging — 50 meters; 80 meters — ultimately, a 100-meter run through a hail of bullets. They reached their fallen friends and they brought them home.”

An Army investigation into what happened that day found the outpost was “tactically indefensible.”

Before issuing the country’s highest award for valor, the president said, “That’s what these soldiers were asked to do — defend the indefensible.” 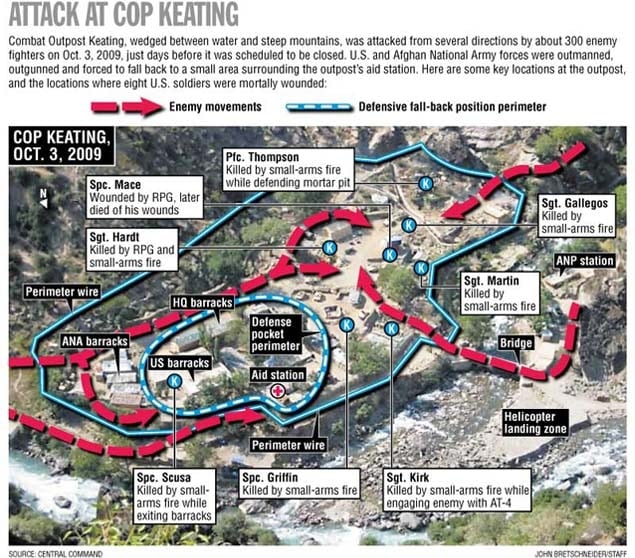