Don't Take a Glue-Gun to a Gun Fight

Police shot and killed a man who assaulted them and then pulled what police thought was a pistol, but turned out to be a glue gun in Greenville, South Carolina on Jan. 14.

31-year-old Wesley Swilling accosted a police officer in the parking lot of the South Carolina Law Enforcement Center in Greenville around 3 am. Swilling first threw a baseball at the officer, then returned to his car and drew what appeared to be a handgun and threatened to kill him.

After the incident, officers found that he didn’t have a handgun, but a glue-gun that he’d modified to look more like a weapon.  In the darkness of the January night, the glue-gun appeared real enough to warrant a lethal response. 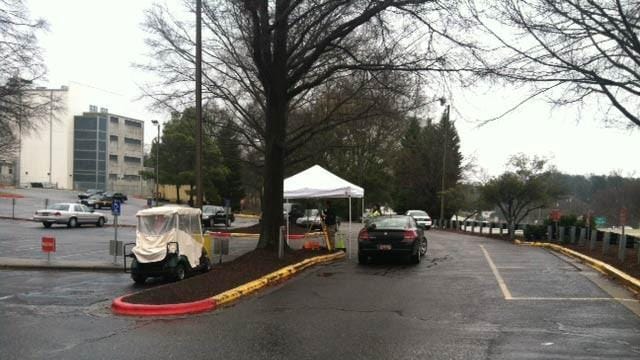 Swilling’s behavior has left many guessing at his intentions.  Greenville’s Channel 7 News covered the joint press conference on Feb. 6, where the Greenville Police  Department and Sheriff’s Department presented the results of their investigation.

Greenville Police Chief Terri Wilfong told them that investigators were able to determine through video surveillance that Swilling arrived in the secure back parking lot ‘approximately 15 minutes’ before the shooting.

Once there, Swilling waited.  When the officer exited the building, Swilling exited his vehicle.   “He came here with a plan,” said Wilfong.  “And he was determined to carry out that plan.” 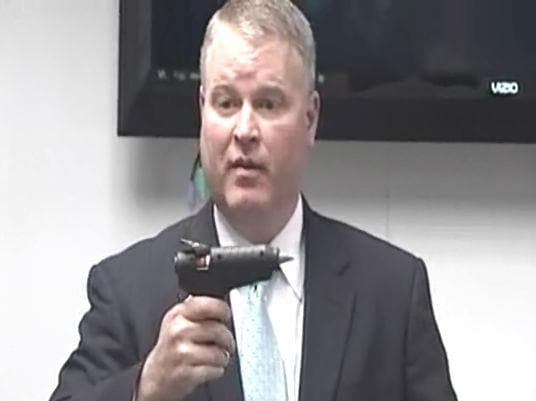 Still no word on what the plan entailed.  Greenville’s Channel 9 News reports that the deputy fired 22 rounds and the officer fired two rounds, seven of which hit vehicles parked in the lot were struck, and Swilling was hit seven times before his injuries proved fatal.

Channel 7 reported that after investigating the incident the Sheriff’s Office has determined that the deputy involved followed proper procedure, and the number of rounds fired was ‘acceptable’, given Swilling’s behavior.

The glue-gun shows signs of premeditation.  The cord has been cut off flush with the handle.  The trigger has been wrapped with black electrical tape, and another piece was added to the top to cover the feed mechanism.  But what the gun was supposed to accomplish remains unknown.