Magpul is one of the nation’s leading manufacturers of AR-15 magazines.  Their PMAGs were popular before the current rush on all-things-AR, but now they’re almost impossible to find in stores.   Even with the increased demand, Magpul is holding their prices steady.  And they’ve increased production to meet the increase in demand. 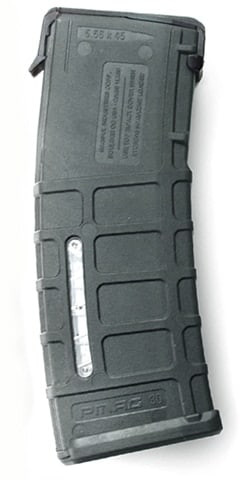 By every estimate, Magpul is a model company.  Their products are used by civilians, law enforcement and the military.  They employ more than 200 people in Colorado, their home state, and their presence there guarantees work for more than 700 suppliers and subcontractors.

By all accounts, Magpul is not a major employer, but there are close to 1,000 jobs directly associated with the company.  And this is Colorado, a state that is predominantly rural.  Though modest in size, Magpul is an important part of the Colorado economy.

So why would the Colorado House propose legislation that would shut Magpul down, or force the company out of Colorado?

The Colorado House Bill 13-1224 essentially aims to regulate the production, sale and ownership of magazines for a rifle, handgun and shotgun. Here is the exact language of the bill:

A person who sells, transfers, or possesses a large-capacity magazine in violation of the new provision commits a class 2 misdemeanor.

The Colorado bureau of investigation may promulgate rules that may require a large-capacity magazine that is manufactured on or after the effective date of the bill to bear identifying information in addition to the serial number and date of assembly.

A person who manufactures a large-capacity magazine in Colorado in violation of the new provision commits a class 2 misdemeanor.

It would seem that this language not only limits the rights of most of us, but really singles out Magpul as a company.  Magpul wouldn’t even be able to make magazines for sale in other states without complying to Colorado’s new restrictions.

Magpul is a model of restraint.  As the demand for PMAGs escalated, and the civilian consumers became more concerned with potential bans, Magpul seemed to remain aloof.  Instead, they made magazines.  But now they’ve responded.  The full text of their open letter can be found at the company’s Facebook page.

HB 1224, Prohibiting Large Capacity Ammunition Magazines — a measure that bans the possession, sale, or transfer of magazines over 10 round capacity. The measures and stipulations in this bill would deprive Colorado residents of the value of their private property by prohibiting the sale or transfer of all magazines over 10 rounds. This bill would also prohibit manufacture of magazines greater than 10 rounds for commercial sale out of the state, and place restrictions on the manufacture of military and law enforcement magazines that would cripple production.

We’d like to ask all Colorado residents to please contact your state legislators and the members of the Judiciary Committee and urge them to kill these measures in committee, and to vote NO if they reach the floor.

What would happen if the bill does pass? Magpul says:

Due to the highly restrictive language in HB 1224, if passed, and we remained here, this measure would require us to cease PMAG production on July 1, 2013.

In short, Magpul would be unable to remain in business as a Colorado company, and the over 200 jobs for direct employees and nearly 700 jobs at our subcontractors and suppliers would pick up and leave Colorado. Due to the structure of our operations, this would be entirely possible, hopefully without significant disruption to production. 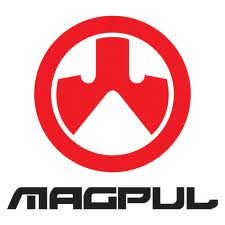 Nothing ambiguous about “pick up and leave.”  Where would they go?  Texas, maybe.  But that’s just conjecture based on the overwhelming number of comments on the Facebook posting.  But there are many other options.

But I don’t know anyone who wants Magpul out of Colorado.  First, it would mean a huge defeat for freedom in the state.  But Magpul is very much a part of the state’s culture.

I’ve tried hard to refrain from editorializing, but here it goes.  Magpul is known for their 30 round magazines.  This is not a “high-capacity” magazine.  It is a standard capacity magazine.  We know this.  Limiting the manufacture of these magazines will do nothing to reduce gun crime. And Magpul knows this.

The legislators drafting these measures do so in spite of the fact that nothing they are proposing will do anything to even marginally improve public safety in Colorado, and in fact, will leave law-abiding Colorado residents less able to defend themselves, strip away rights and property from residents who have done nothing wrong, and send nearly 1000 jobs and millions in tax revenue out of the state.

We like Colorado, we want to continue to operate in Colorado, but most of all, we want Colorado to remain FREE.

We agree.  But I think I speak for a lot of AR enthusiasts when I say I want Magpul, no matter where they are made.