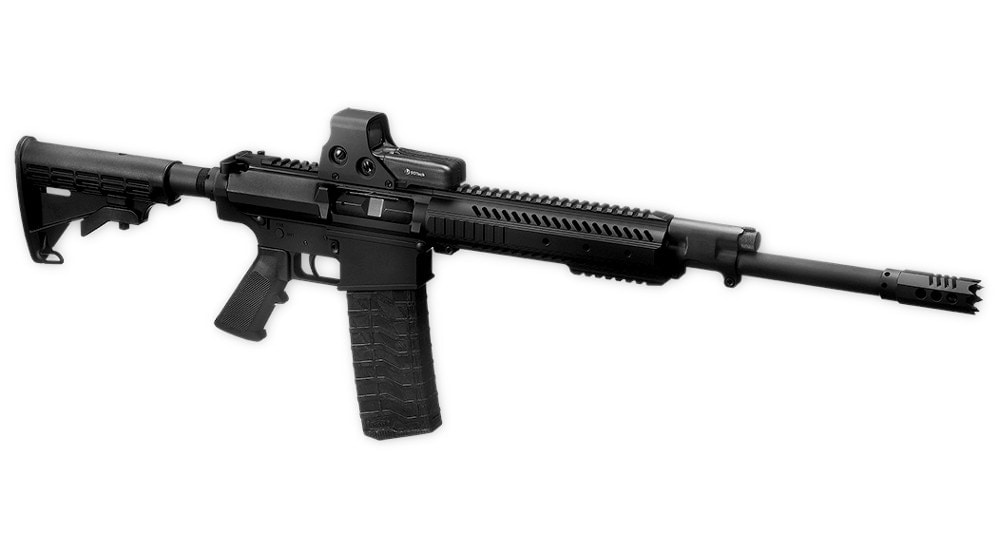 A new company by the name of Intrepid Tactical Solutions is developing a 12-gauge-equivalent shotgun upper for AR-10 rifles. It uses a new type of shotgun shell designed to feed reliably and not deform when stored in detachable box magazines.

The upper is designed to work with AR-10 lowers, which is sure to be a hit with both law enforcement and shotgun enthusiasts alike. The RAS-12 is a good fit for military duty as well.

By using the AR-10 as a platform, the RAS-12 shares the same controls and many parts with the increasingly popular rifle. It does use a different recoil spring to deal with the added energy of shotgun loads. 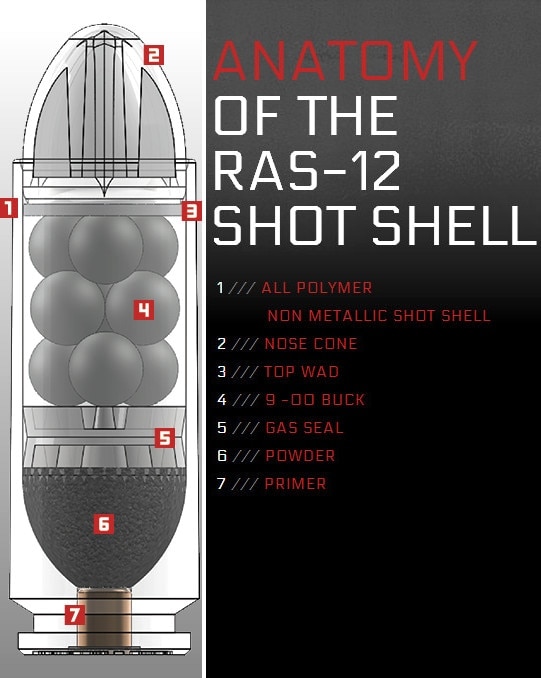 The new shot shell design is one of necessity. Standard shot shells, especially low-brass shells, warp when stacked in magazines, and commonly result with failures to feed. The spring puts tension on the shells’ hulls, flattening them into ovals that won’t chamber.

This problem can be just short of catastrophic and the main reason people don’t recommend shotguns that feed from detachable box magazines for anything other than sport.

The shells are on-par with 12-gauge shells, but use a proprietary design that is mostly polymer. They’re more like giant shogun cartridges for handguns. In addition to having hard case walls they have a plastic nose cone that’s shaped like a bullet, making it feed the same way as rifle cartridges would.

Time will tell if the market is willing to accept a new type of ammunition — Intrepid’s biggest hurdle is selling people on the new cartridge, even if it’s everything they say it is and then some. Other companies in the past have tried, including Glock and SIG, to innovate new types of ammunition, but cartridges like .45 GAP and .357 SIG have seen little adoption.

Price and availability will be a significant factor. According to the Firearm Blog, Intrepid has an arrangement with “a major ammunition manufacturer” to supply customers with a hearty quantity of ammo.

The upper is similar, otherwise, to an AR-10 upper, albeit with an 18-inch 12-gauge barrel and adjustable gas piston. It has a flattop rail where you expect one to be and uses a modular tactical handguard with optional Picatinny rail attachment points. It also uses Intrepid’s “Scorpion” muzzle brake.

It’s still in the early stages of development. Even on their website, pictures of the RAS-12 show it with a magazine that has all the tell-tale markings of a 3D-printed object. But if they pull this off it’ll be like they’re printing their own money.

At which point we’ll be the first to ask, where’s the 20-gauge equivalent upper for AR-15s that uses shortened shotgun shells?