A homeowner who was arrested for shooting at a suspected burglar fleeing from his property accepted a plea deal and apologized for his actions in a court appearance yesterday in Layton, Utah. 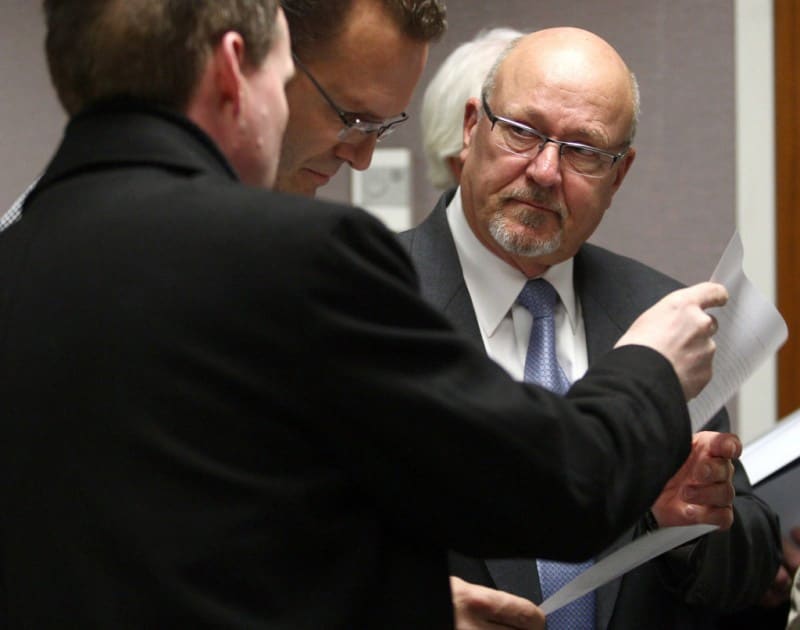 The homeowner Clare Niederhauser, 64, talking to his supporters at the courthouse. (Photo credit: Standard-Examiner)

Because of his actions, Clare Niederhauser, 64, will lose his concealed carry permit indefinitely and had to give up his gun. In addition to that, he agreed to pay a $700 fee and take a weapons class. But if he’s good for 12 months the charge will be removed from his record, the Standard-Examiner reported.

The incident occurred Jan. 31 when Niederhauser pulled up to his house and found a green Chevy parked in his driveway and his front door busted open. As Niederhauser walked up to his front door the driver in the car began honking the horn and seconds later a man came towards the doorway from inside the house. The crowbar in his hands signaled to Niederhauser that this was a burglar, so Niederhauser ran back to his car and grabbed his carry gun, a Ruger .357 revolver.

The driver of the car saw the gun, started to back out of the driveway and proceeded to drive off. Niederhauser fired a round at the car, which he said he was just trying to shoot the tire, and then he trained the gun on the suspect coming out of his house.

The suspect did as he was told, he got rid of the crowbar and stayed still. Niederhauser called 911 on his cell phone and the two waited for police. When the cops showed up, Niederhauser flagged them over his way, but as he did, taking his eyes off the suspect momentarily, the suspect ran off. As a response Niederhauser chased him and during the pursuit he fired a round in the suspect’s direction, which he said he thought would scare the man into stopping, but he escaped anyway.

Police witnessed the shooting and on top of that the 911 operator warned him not to do anything that would get him in trouble, the newspaper reported, like shooting the suspect if his life wasn’t in danger. 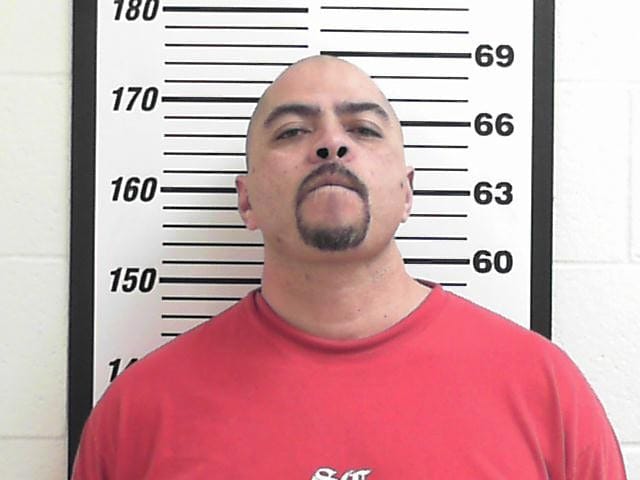 The suspect, 47-year-old Robert Santos Cruz, was picked up later on and will be tried for second-degree felony burglary and criminal mischief Feb. 21, which his lawyer said they’ll enter a not guilty plea.

And the driver, 40-year-old Yolanda Gonzales, was later arrested Feb. 6 in Salt Lake City and faces burglary charges as well.

But the charge the public focused on was Niederhauser’s one count of reckless endangerment. His arrest sparked protest by his neighbors and others in the area. The newspaper said the arrest also raised concerns in the area about self defense and home protection. Specifically, when should you and when shouldn’t you fire your gun for protection?

However, police, though expressing sympathy, said they continued to charge Niederhauser because under the law he was not “authorized” to shoot, meaning Santos Cruz was not attacking him nor did it appear he was going to since he tossed away his crowbar and was running away.

Niederhauser seemed to acknowledge this through the language in his statement read in court, which parts of were published by the Associated Press.

“Despite all of the education and training I have received, I was not prepared for the effects of emotion and adrenaline, and how that interfered with my ability to act in accordance with my training,” the statement said. “I cannot be sure where the bullets I fired hit.”

“Please know that you cannot shoot at a fleeing felon unless somebody’s life is in immediate danger,” the statement said. “Remember, we value life more than property.”

Although he apologized for any harm he could have caused, he had a warning for other criminals. “I hope my actions of that day send a clear message that career criminals are not welcome in our city.”