Want to Become an FFL Dealer? Not Too Late

I went into my local gun store last week for the first time since mid December.  I’ve been keeping up with the record setting sales occurring all over the country, but I was still surprised.  They had 1/3 of the stock they had at the end of last year.  All that’s left are a smattering of revolvers, some lever guns, and some over-unders. 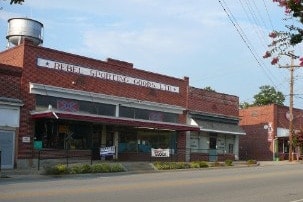 Meg Fears, the manager at Rebel Sporting Goods, was swamped with customers.  Still.  After more than half an hour of waiting, I bought some ammunition.  I asked Fears how things had been going, as if I couldn’t tell.  She just sighed.

I was surprised to see that the prices were exactly the same as they were before the craziness.  “Well,” Fears said, “I have to see these people.  I see them at the grocery store.  I see them at church.  Their kids go to school with my kids.”

Rebel is doing record breaking business, and they’re doing it ethically.  But it has me, and many others, seeing an opportunity to get into the business.  But that requires a license.

The most basic “gun-store” type of license, the FFL 01, allows an individual to resell guns (and to buy guns and ammunition at a discount).  FFL holders don’t have to background checks when they get guns, or pay transfer fees. But there has to be an intention of selling guns, too.  It is a license to conduct business.  You are not supposed to get an FFL just to build your own collection.

There are some 70,000 FFL holders in the United States.  Some are kitchen-table dealers who sell locally, and on a small scale.   Their business is more of a hobby than a true profession.  Others use their home-based FFLs to conduct business on the internet.  Then, of course, there are brick and mortar stores that range from small mom-and-pop stores to the big-box megastores.

70,000!  That number is astonishing to me.  But I live in a small Virginia backwater, and there are at least 10 FFLs in town that are not associated with a gun shop or a pawn shop.  A little research online will give you an idea of where the FFLs are, and what local competition might be.

Word on the street is that FFL applications are being denied.  Is it true?

I spoke with Brandon Maddox, founder of FFL123.com (a service dedicated to assisting FFL applicants navigate the application process).  “Rumors are swirling,” Maddox says, “that the ATF is no longer considering home-based FFL applications. This is completely untrue. Home-based applicants usually turn in incomplete applications because of lack of knowledge about local, state, federal requirements and inexperience navigating the bureaucratic system, which is why their applications get denied. If you know what you’re doing, you can still get your FFL license, even from home.”

So where does the rumor come from? “When I hear someone say that applications are being denied,” Maddox says, “I ask them where they heard this.  99% of the time, it was at their local gun store.”  The implication is clear enough.  A home-based FFL is competition.  Without casting aspersions on the good people I know at gun stores, it is business.

Get familiar with this logo.

The FFL application process itself isn’t easy.  It requires research, preparation, paperwork and an interview with the ATF.  You can navigate the process by yourself.  Or you can read advice online.  Or you can go with a service like Maddox’s FFL123.com.
Maddox is one of the largest FFL and Class 3 dealers in the country and FFL123.com has assisted over 40,000 people obtain their FFL License. That’s a pretty significant percentage of FFL holders.  New York?  No problem.  California?  Easy.  For a fee of $40, applicants get guides, the required forms, and insider tips on passing the interview with the ATF.  And if you are declined, FFL123.com offers a 150% money back guarantee.

Maddox stands behind his FFL service.  He says people are declined because they haven’t put enough thought in their applications.  And then most of those aren’t declined, but encouraged by the ATF, before the interview, to pull their applications and fix the problems.  But with the appropriate guidance, ahead of time, this isn’t an issue.

While it isn’t easy, it doesn’t have to be complicated.  And there’s really nothing out there to support the idea that the ATF isn’t processing license applications.  And if you want to test it, there’s no reason not to.  The ATF is required to process applications in 60 days.  So you can’t be put in any kind of bureaucratic limbo.