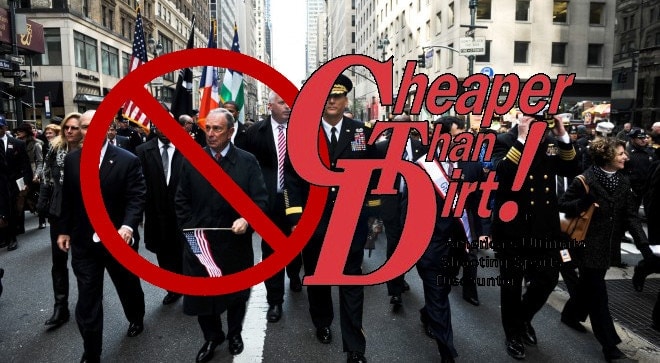 In addition to just recently donating $100,000 to the Second Amendment Foundation, Cheaper Than Dirt has announced a new policy to only sell to law enforcement what they can sell to the public. Additionally, they are becoming a major sponsor of the International Defensive Pistol Association, or IDPA.

In a series of press releases and Facebook posts, Cheaper Than Dirt said, “Due to the latest round of attacks from lawmakers on the Second Amendment, and the threat of another Assault Weapons Ban, several companies have began adopting policies of restricting the sale of certain products to law enforcement.”

“Cheaper Than Dirt! holds true to these same beliefs and has a long-standing policy stretching back nearly two decades of subjecting sales to agencies or individual members of the law enforcement community to the same standards as civilians within the state or community.”

The refusal to supply law enforcement in jurisdictions where the public is denied access to firearms or types of firearms has seen a recent surge of support by gun manufacturers and vendors, and is incredibly popular with the shooting community and gun rights supporters.

They’ve also decided to support the practical shooting sports, the fastest-growing gun games not just in the U.S., but worldwide. “Cheaper Than Dirt! is proud to announce its product-level sponsorship of the upcoming 2013 Smith and Wesson IDPA Indoor Nationals. We’re excited to wish Jerry Miculek and all of the competitors a successful and thrilling shoot,” said Roberta Wilson.

As a response, many of the general buying public have sworn off doing business with Cheaper Than Dirt entirely. The impact seems to have left a mark on Cheaper Than Dirt, with an unprecedented level of generosity pouring from the company’s coffers.

And their prices are dropping as well. They remain higher than the pre-panic prices for sure, but they aren’t entirely out of line with some of their competition. We expect Cheaper Than Dirt’s redoubled interest in supporting shooting sports and gun rights is going to bring back some customers, even if some may be forever lost.

If they keep this up, would you do business with Cheaper Than Dirt?

If not, what would it take? We’re all ears.