Henry Arms has record month after recovering from Hurricane Sandy

After sustaining severe damages during Hurricane Sandy and being out of commission for six weeks, Henry Repeating Arms had one of its best months ever. The factory reportedly shipped 27,675 rifles last month — a record for the company.

“Considering we were virtually non-operational for several weeks this past fall, it is a testament to our dedicated and talented employees who rallied to this level of productivity,” Henry Arms owner Anthony Imperato said in a press release. 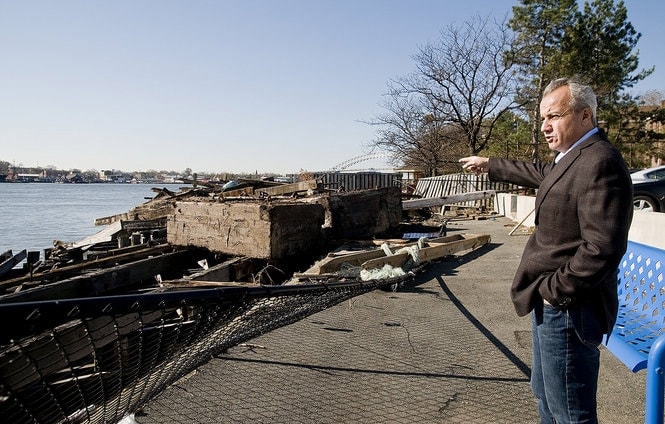 Anthony Imperato, President and Owner of Henry Repeating Arms, points out the damage caused to the outside of the factory. (Photo credit: The Jersey Journal)

Henry Arms employs 160 people in its Bayonne, New Jersey, factory and 90 people in a second facility in Wisconsin.

In October, Henry Arms, along with the most of the east coast, was rocked hard by Hurricane Sandy. The Bayonne factory sits beside the Kill Van Kull, a strait that separates the town from Staten Island and ultimately feeds into the Atlantic. Needless to say the waterfront location makes the factory vulnerable during a superstorm. The strong winds during Sandy tore off part of the roof, left more than 100 machines soaking in 3 feet of salt water, and flooded an area holding inventory.

Although the damage was bad, it wasn’t as bad as Imperato initially thought. In all Henry Arms suffered several $100,000s in damages, which is no chump change, but Imperato said that he thought it could’ve gotten into the millions.

“We’re looking at two or three (replacement machines) … and they range in price from $150,000 to $400,000, so it adds up quickly,” he told The Jersey Journal about the original estimated damages.

Also, the recovery effort — thanks to the dedicated Henry employees — only took a couple of weeks for the factory to re-open, and then a few more weeks for it to be fully operational.

Part of the recovery effort involved sifting through thousands and thousands of rifle parts, trying to decide which ones could be saved and which ones were scrap. Then sifting through each and every machine in the entire factory with a fine-toothed comb to determine if it was usable, repairable, or a total loss, said Thomas Kotz, Henry’s customer service supervisor. 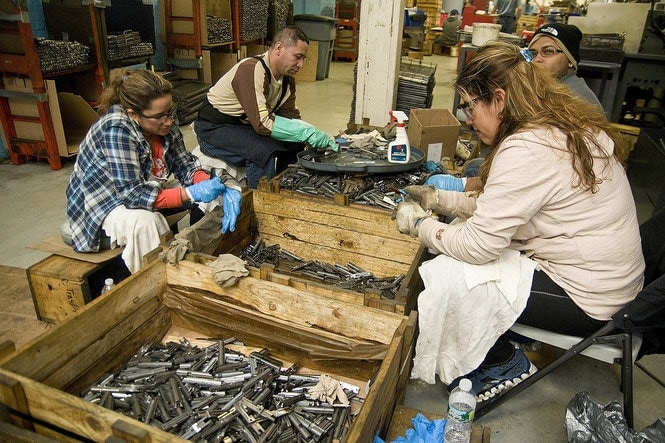 And after repairing or replacing some of the pumps and machines and, of course, removing the vast amount of seawater and repairing the badly damaged roof, the 153-year-old Henry Repeating Arms is standing tall again.