Homeowner Holds Fugitive at Gunpoint Until the Cops Arrive

A wanted felon desperately tried to evade police in Daytona Beach, Florida, by breaking into a local man’s house and even went so far to bribe the homeowner with a large sum of money to help him escape from the authorities Feb. 14. Ultimately the homeowner decided to grab his gun and wait for the police. 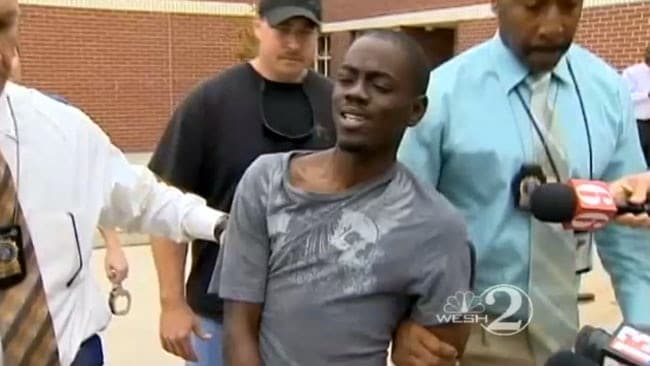 Quintonio White is in custody.

The incident began when Daytona Beach police received a tip about the whereabouts of one of Daytona’s most wanted, 22-year-old Quintonio White. So they staked out some officers in an unmarked car in the area and waited, according to the Daytona Beach News Journal.

White, who had been parked in a driveway in a stolen car, caught a glimpse of the undercover officers.  He put his car in reverse, rammed the officers’ vehicle, and attempted a getaway.

But his getaway wasn’t clean.  White lost control of his car and crashed into an SUV being driven by tourists.  He then fled on foot through a cemetery.  On the other side, White broke into the home of Ulysses Fountain, who was in the bathroom brushing his teeth.

“Fountain told White to relax,” said Daytona Police Chief Mike Chitwood, “and then the homeowner stepped into another room of his residence.  He came back with a gun and confronted White.” 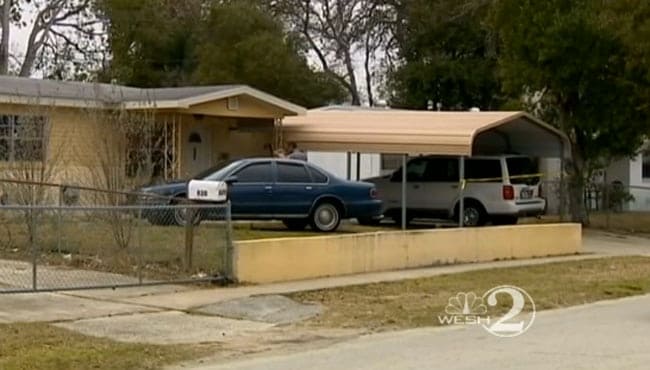 The Lawn where Fountain managed to hold White until police arrived.

Chitwood described what happened next as a  “struggle” for control of the gun that spilled through the front door of the house.  Outside, Fountain fired a warning shot and White stopped fighting.

Police, reacting to the gunshot, found White under Fountain’s control on the front lawn.

For his part, Fountain has remained out of the spotlight, refusing comment.  Chief Chitwood, in an interview with Channel 2News, said Fountain fired the shot as a warning and that Fountain didn’t intend to kill White.  No charges have been filed against Fountain.

The News Journal reports that warrants for armed robbery and auto theft had been issued for White.  And White was found with a loaded magazine, but no firearm.  Police believed he ditched his gun as he ran through the graveyard.

“White’s one of the people who’s responsible for 70 to 80 percent of the crime in the city,” Chief Chitwood said. “There’s gonna be a slew of charges against him.”

White is being held without bond.