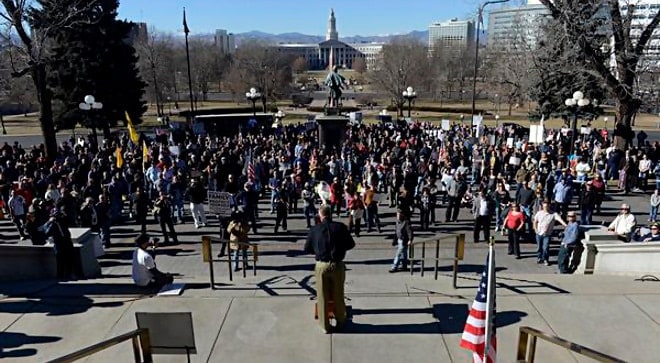 Just one day after Colorado legislators approved four new gun control bills a group of Coloradans have organized a march on the state capital to protest the proposed laws. The protest is planned for this Saturday, Feb. 23.

They’re organizing through Facebook, and their page reads, “To take a stand for our Second Amendment! It is not about hunting or home defense but a matter of national security! We must take a stand and let the government know that we support and defend the Constitution of the United States.” 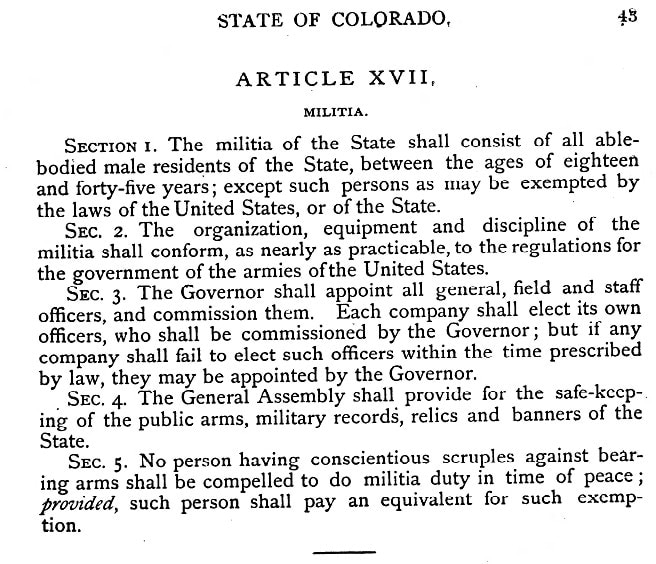 The controversial bills passed by slim to generous margins and stipulate universal background checks for anyone who isn’t immediate family, a tax on gun transfers of between $5 and $12, a prohibition against concealed-carry on college campuses, and a magazine capacity limit of eight rounds for shotguns and 15 rounds for all other firearms.

It’s being called the “Denver Day of Resistance” and the page has information about how to get to the rally, which is scheduled to run between 11 a.m. and 1 p.m., and  includes tips for dealing with police requests and lawful orders, counter-protesters and the press.

“Stand your ground and obey all laws. Obey any lawful orders by police or security officers. Do not obey any unlawful orders which would include ordering you off of public sidewalks or property to some place where you cannot be seen or heard.”

“If any Obama or gun control supporters show up and try to confront you or carry signs or flags among you that are embarrassing or not racially inclusive, just move away from them or insist that police separate them from your larger group. If anyone has an offensive sign or flag ask them to take it down or separate from your protests.”

We would like to add that while open-carry is legal in most of Colorado, it is not in the city and county of Denver. Gun rights marches around the country are often joined by protests armed in statement against gun control laws; the practice is a crime in Denver.

The Colorado Senate has not set a schedule for when they will vote on these bills. It could be later this week, although scheduling conflicts could push the vote back to a later date. It isn’t clear how much time protesters will have to speak out against the bills, which is why this protest is happening so soon.

“I know [the bills] are coming, and I strongly suspect they’ll get passed,” said Senate President John Morse, D-Colorado Springs, to the Denver Post. “But there’s still a long way to go and a lot of conversation to be had.

Will you be there? We will.