The Legion of Real Life Supervillains

Brazilian artist Butcher Billy mashed together comic villains with who he sees as real life villains in a gallery he calls “The Legion of Real Life Supervillains.” He explains his inspiration behind the work.

If back in the day comics and movies were pretty naive and faced only as pure escapism, today’s fiction has to evoke reality to create something truly meaningful… and frightening.

This series is an experiment where a dictator, a psycho, a murderer (sometimes they are the whole package) or even a suspicious figure from real life is mashed with a comic’s bad guy – strangely related some way or the other with his counterpart.
The depressing thing? Realising that if the comic book supervillains were actually the ones threatening real life, the world wouldn’t be such a bad place.

While most of the real life figures are hands down universally evil human beings — I mean real pieces of shit — there’s a couple curveballs in there. The connection between the historical figures and comic characters is sometimes clear as day, others are more subtle. Here’s our interpretations: 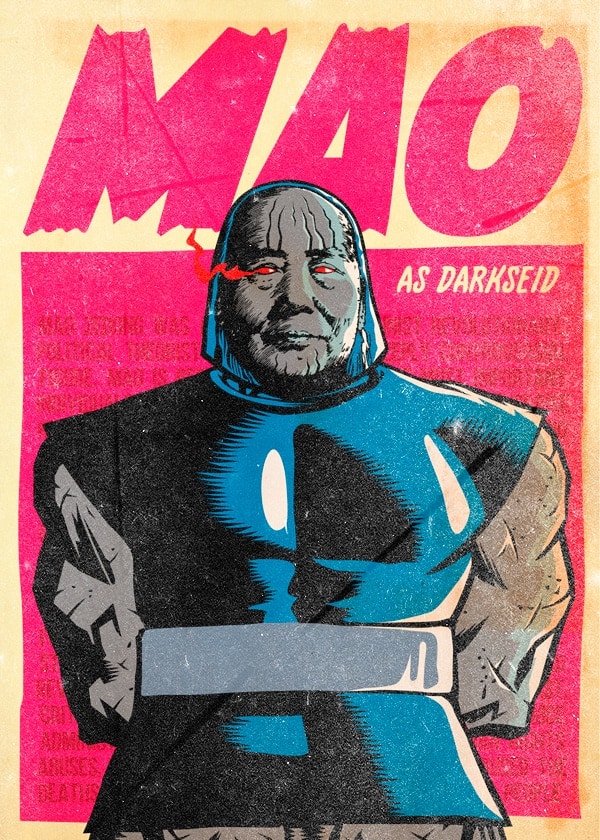 Both Mao Zedong and Darkseid wanted to eliminate free will, rule people using fear and oppression, and coincidentally they both also hated Superman. 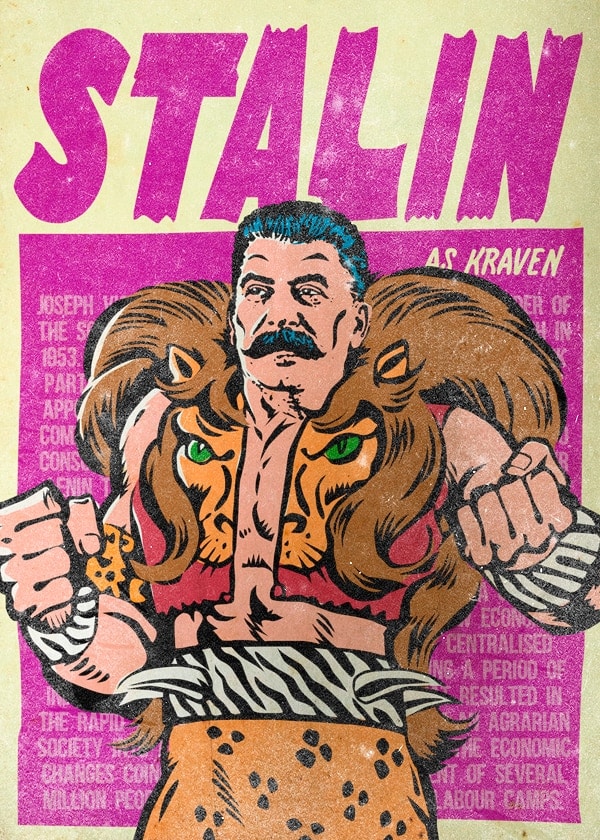 Joseph Stalin was, for a while, the face of Soviet Russia, the arch enemy of the United States, but alas the communists could never outdo the U.S. and its allies. Similarly Kraven, a fellow Russian, aimed to hunt and destroy Spiderman, but continuously underestimated him. When both Stalin and Kraven died, no one gave a shit. 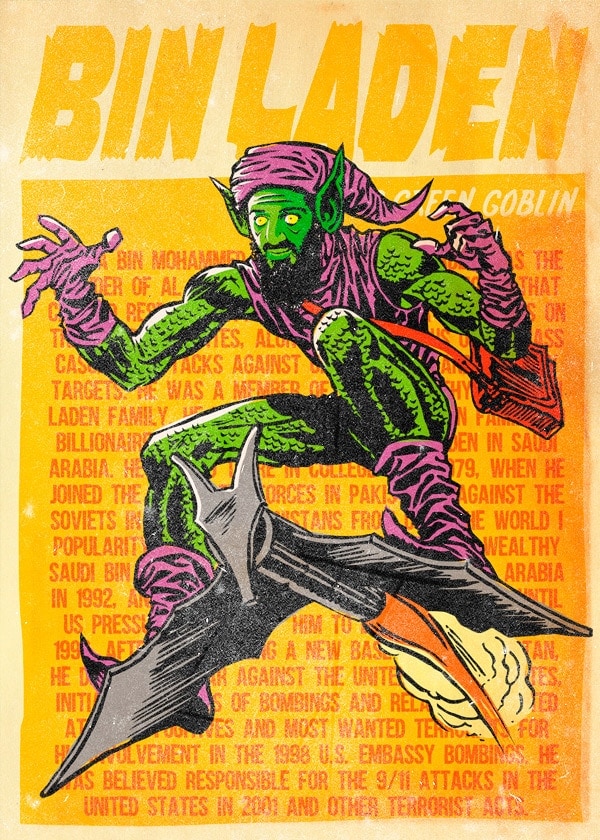 While Green Goblin — the masked, pumpkin bomb throwing ghoul — was hellbent on killing Spiderman and terrorizing those around him, he did do because of a mix of spite, jealousy and drugs. Osama bin Laden, the terrorist leader responsible for murdering more than 3,000 people on 9/11 and other attacks, was drunk on religion and power. 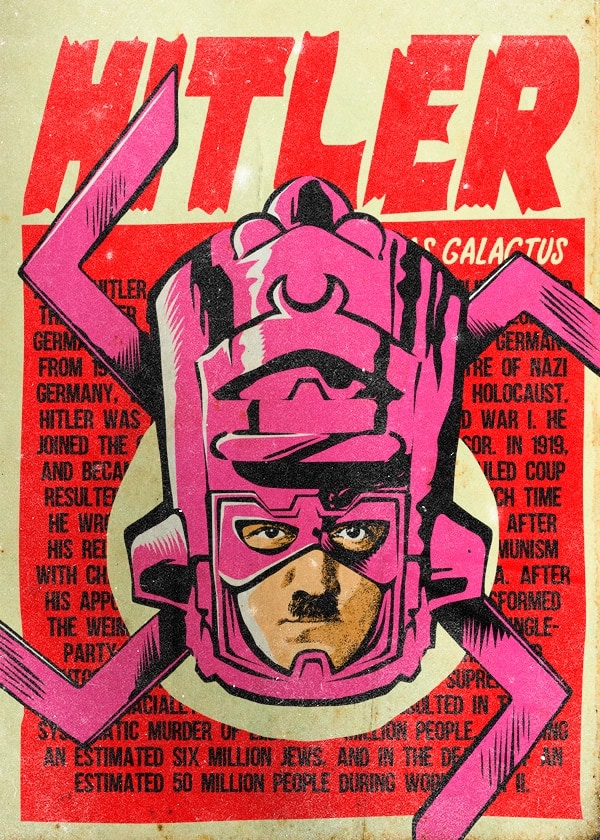 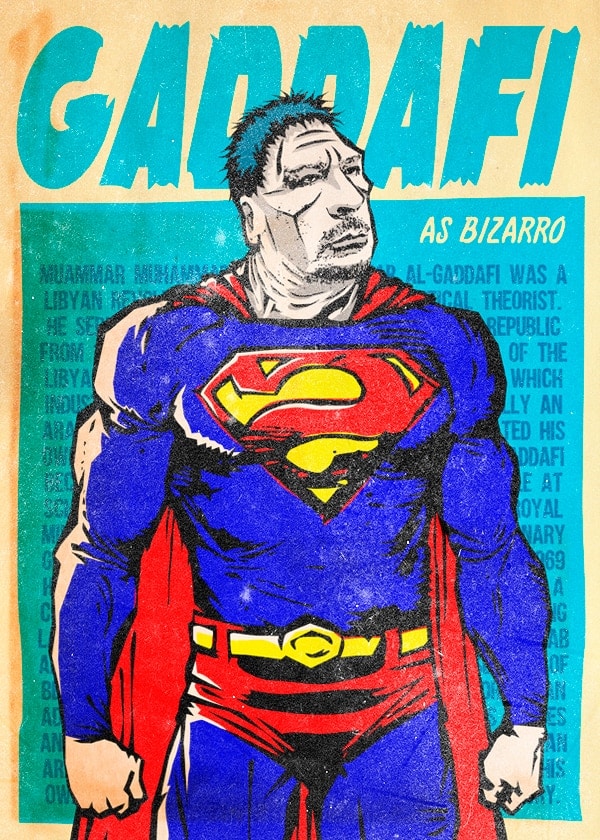 Given infinite power and resources, yet, failing to ever mature beyond adolescence, Bizarro Gaddafi is the antithesis of all that’s good and reasonable in this world. 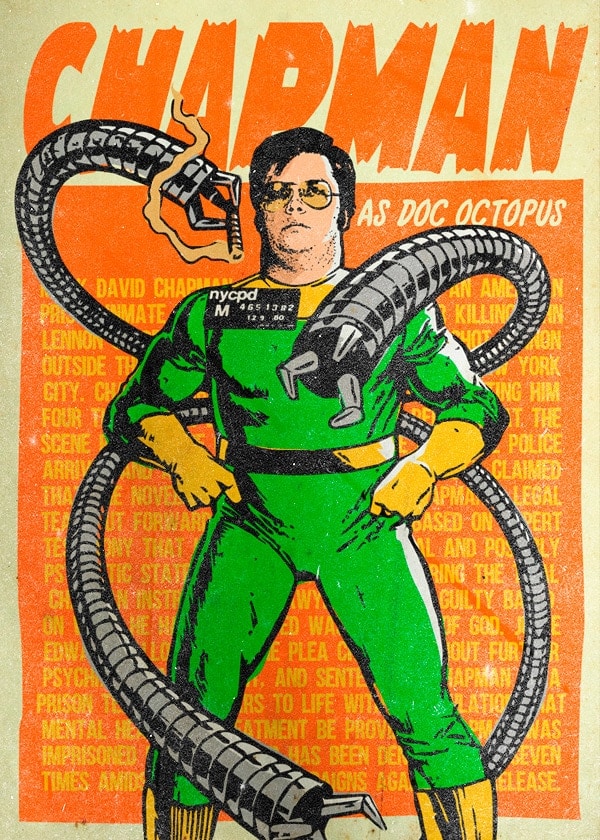 Not really sure the connection here besides the two being crazy assholes. Mark David Chapman is responsible for the murder of John Lennon, and cited “The Catcher in the Rye” as his motive, then later insanity. Doctor Octopus also went crazy, but supposedly because of a radiation leak and the added limbs. 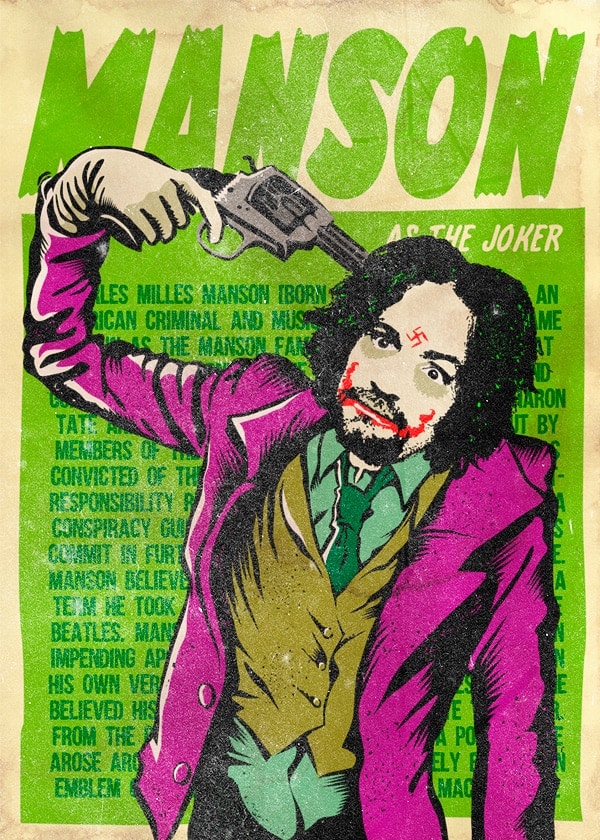 The clownish, murderous, manipulative psychopath. Description is applicable to both. 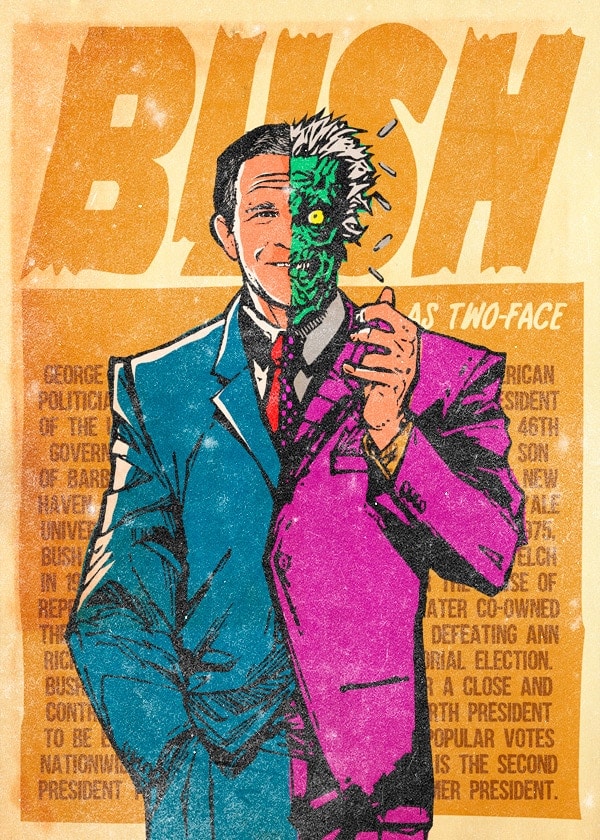 The connection between former President George W. Bush and Two-Face is a little more nuanced and perhaps psychoanalytical. The Batman character had a harsh relationship with his father, which ultimately influenced his alter ego. Many of Bush’s critics would have you believe the same for him. 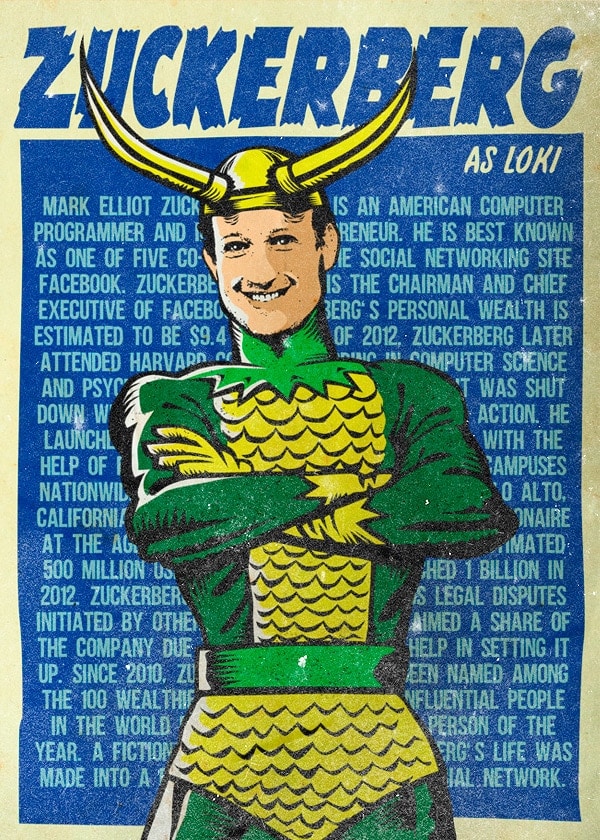 While both have genius level intellect, Facebook creator Mark Zuckerberg managed to pull off Jay Edgar Hoover’s fantasy: cultivating personal information from every U.S. citizen (and the world); Loki, the God of Evil, spends his immortal life trying to one up his stronger, faster, more handsome and respected step-brother Thor through various shenanigans.

Does art reflect life or life reflect art? You be the judge. If you’re interested in these graphics or getting on on a T-shirt, check out Butcher Billy’s website.