Last month at SHOT Show 2013, Guns.com had a chance to catch up with Paul Barrett, acclaimed author of the New York Times bestseller “GLOCK: The Rise of America’s Gun“ (2012).  We discussed a number of the hot-button issues that effect law-abiding gun owners, from President Obama’s gun control agenda to universal background checks. 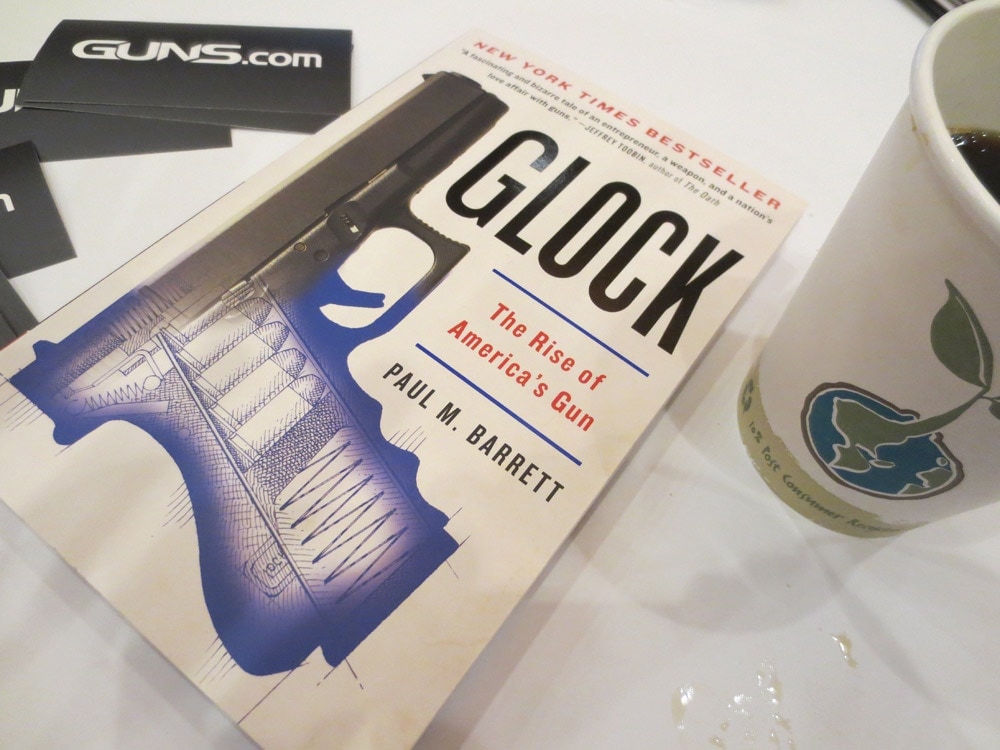 The paperback of “Glock: The Rise of America’s Gun” by Paul Barrett was released in January.

Barrett, who is an assistant managing editor and senior writer at Bloomberg Businessweek, demonstrates why he is a unique and powerful voice in the debate over gun control.  While one may not agree with his personal politics, one cannot deny that he presents a cogent and sensible assessment of the facts.   Amid the din created by partisan politics and special interest, it’s reassuring to know that there are still objective journalists – like Mr. Barrett – out there doing their best to tell the truth.

This interview was conducted on Jan. 16 shortly after President Obama introduced his 23 Executives Actions on how to curb gun violence and prevent mass shootings.

Q: Can you describe the gun lobby’s reaction and the industry’s reaction to Obama’s gun control agenda?

A: [The National Rifle Association immediate sent out an email to its members] saying ‘I told you so, they’re coming for your guns; this is the biggest crisis of the century, please send us your money now.’ That was the appeal from the NRA, ‘The sky is falling, everything is over; the Republic is at risk.’

The National Shooting Sports Foundation put out a statement that couldn’t have been more different. ‘We’re looking forward to reviewing the president’s proposals.  We’re eager to prevent illegal guns sales.  And we’d like to do what we can to cooperate.’

Now, do I think the NSSF is going to endorse this package?  Of course not.  But do I think there are aspects of the president’s package that pragmatic businesspeople who happen to sell firearms and gun accoutrements can live with and might even endorse?  Absolutely.  And the leading example of that is closing the gaps in the background check system.

Q: Is there a consensus on UBCs?

A: I’ve been talking to people over the last 48 hours or so [at SHOT] and I’ve gotten a consistent response from people in the industry — not that they’ll go on the record about it, but you know they’re opposed to the so-called “assault weapons” ban. They don’t want to talk about magazine capacity – and I might personally disagree with that – but when you get to background checks suddenly they’re looking at their shoes, you know they don’t really want to talk about that, but they might let that go.

So, there are obviously areas where consensus is possible.  And as a citizen I’m rooting for finding some practical common ground.

Q: What about the efficacy of an AWB, UBCs? 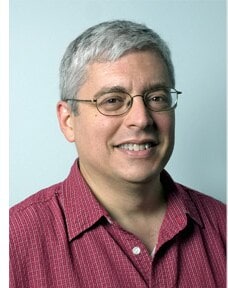 A: There is not overwhelming social science evidence that the so-called Assault Weapons Ban, which included the magazine capacity limit that was enacted in 1994, had a significant effect on ordinary crime.  There have been a number of studies done — some done very early on that advocates of the ban like to cite because right when the ban was enacted violent crime started to go down in a sort of secular change that was much, much bigger than that one law.

But then when you look at the studies from a few years out, you see that the ban itself is not the causative variable.  Then it gets extremely painful for the advocates of the ban in 2004, 2005, 2006, etc. as violent crime continues to go down after the ban expired.

So, honest criminologists will tell you – like Public Policy Prof. Mark Kleiman at UCLA – that the AWB did not have a powerful obvious effect on ordinary crime.

As for the background check system, there is not clear-cut real social science evidence that it has had an effect on crime levels.  Nevertheless, my instinct is that even without substantial social science evidence, having the background check system in place is a broad and not perfect but nevertheless possible healthy deterrent to prevent the wrong people from getting guns some amount of the time — even if I can’t prove it.

A: I certainly think “extreme” is a fair and dispassionate description.  I think that’s as far as the American political system can or would go at the moment.

Q: The New York package banned all magazines holding more than seven rounds, what was the logic behind this?

A: I’m not sure where they got the number.  Even as a non-combatant in this whole debate, I’m perplexed by the number.  It seems almost strangely provocative because there are no seven round magazines.  It just seems odd.  It also speaks to, at the minimum, a weird naiveté [NY lawmakers have about firearms].

I don’t know how these rules are going to work in New York and I am a little concerned about that.  I have a feeling that we may discover, in the not too distant future, that there are unintended consequences to what’s been past that we just can’t see right now.

A: When I heard him give his State of the State address and he’s yelling and screaming about this, that bothers me.  And I’m someone who’s never voted for a Republican President.  I’ve cast votes for Republicans very few times in my life, I’ve voted for Gov. Cuomo’s father multiple times and I’ve voted for him, not without reservations, but that’s where I am on the political spectrum.

At the same time, anytime a politician is losing control or pretending to lose control the way he did it makes me uncomfortable.  That’s not the way I want my leaders to behave.  So, I’m uneasy about what’s happened in New York and my response is, ‘We’ll see.’

A: I thought that was bullshit.  I just don’t see what’s to be achieved by that.  It was just a silly stunt.

Q: How does defensive gun use (DGUs) factor into the debate?

They’re looking at the same thing and they come away with different conclusions, that is one sees an elephant and the other sees a giraffe.  That’s what DGU is like.

Many people who do not own firearms do not understand and almost aggressively refuse to understand that some number of times a year lawful gun owners brandish their guns in response to a perceived threat.  I know a lot of people who think that almost never happens — almost never.

Then I know people who say I think that happens everyday in my town.  And my view of it is is that there is pretty good evidence that it certainly happens some number of times each year.

Even if one is skeptical of the very interesting social science that’s been done by people like Gary Kleck at Florida State University and you think that Gary Kleck’s research is flawed methodologically, that he has too many false positives –  that’s okay, that’s sort of a debate for social scientists.  But, at the other end of the spectrum, there are actual pro-gun control social scientists who point to other studies that have nothing to do with Gary Kleck, but show tens of thousands of DGUs each year — with the number in the crime victimization survey tending to end up around 100,000.

To me, even as someone who does not own a gun for home defense, that demands attention.  It demands being part of the discussion … and personally, I have no problem with those who keep and bear arms for self-defense.

(To read more about Barrett’s thoughts on DGUs, check out this article he wrote back in November for Bloomberg Businessweek.)

He’s a terrific media mogul, in the sense that he runs an operation and he does not interfere in that operation on a day-to-day basis.  I’ve never met the Mayor, would be happy to meet him, but never have.  I admire him.  I voted for him several times.  I think I have some disagreements with the things he says about gun ownership, but my guess is he and I agree on more than half of the relevant issues.  And I feel privileged to have the opportunity to express what is my humble attempt at dispassionate analysis through an outlet which he owns and I have never once had anyone say to me or show some body language saying “Hey, tone it down” — never once.  I think that’s a huge credit to him in his role as a media big shot.  A huge credit.

I believe he flips through the magazine.  I believe that people who work for him on this issue have probably come to him and said, “Mike, our own magazine … what gives here?”  And I believe, and I’m guessing, that he says, “That’s the way it goes. You got to take the good with the bad.”

I think Bloomberg Businessweek magazine is providing a line of analysis on this issue that is distinct from the usual voices.  It’s certainly distinct from the New York Times and from conservative publications and I think that’s valuable.

Huge thanks to Mr. Barrett for sitting down with us at SHOT.  Hopefully next year we can do it again.