What Happens if Your Bug Out Gun Breaks?

Over the last few years, I’ve seen a lot of ink spilled about the one—that is the ultimate, end of the world, SHTF, need no other, bug out bag firearm that will carry you and yours at the end of days.

These articles usually go into great detail as to the how’s, what’s, and why’s of the caliber, model, and make for that ideal, one and done gun but I’ve seen precious little written about one very important issue that could turn your uber-pistol into a good looking paperweight.  What if it breaks?

Recently I had one of my Smith & Wesson revolvers put completely out of action by the tiniest of parts, a hand torsion spring. This spring is what keeps the hand engaging the ratchet on the rear of the cylinder. This little two-dollar part shut the gun down completely and it was eye opening for me because, if the bombs start dropping, I know I would want to have that wheelgun with on my hip.

So, if you are into buying a gun for one of those dreaded “what if” occasions, how do you guard against mechanical failure when ordering a replacement part from Brownell’s or another part is no longer an option?

Your first defense against a mechanical failure is an understanding of your guns’ mechanics so I suggest you at least add a good manual to your bug out bag.  By good 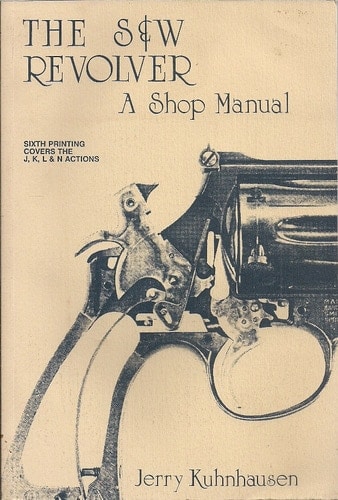 manual, I mean a shop manual that lists every part that can break on your gun with pictures (especially of the little ones as these are what usually goes out first rather than the larger components). A cylinder stop screw here and a main spring there. Never a part costing more than fifteen dollars but guaranteed to take your gun offline just as if you’d taken a torch and cut it in half.

I have owned dozens of Smith & Wesson revolvers over the years and when they do break (which I admit has been rarely) it was the little parts. I have had a Ruger Blackhawk go down with a trigger spring, again something very simple. I had a Winchester Model 94 get completely tied up because its mainspring went out. None of those parts were hard to replace, but I did not have them on hand and they all had to be ordered.  Obviously, if they break after the rest of the world does, you might as devout the energy to making yourself a spear.

I have on hand Jerry Kunnhausen’s Smith & Wesson revolver shop manual because I have more of them than anything else and they cover every little part that can break.  Shop around and check out what works for your gun.

Tools and the talent

At the same time, I keep parts on hand for what I know will likely wear out in case they break while I’m on the long road. These include extra mainsprings, and at least one little screw for every part of the gun that can take the gun out of commission and that I can fix myself. 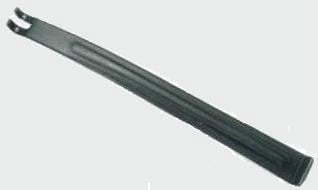 An extra main spring or two is a light investment for your bug out bag both in terms of price and weight.

Speaking of fixing yourself, basic gun repairs are something every gun owner should be able to do, especially when it comes to the gun that they are betting on their life on if civilization falls.  You can buy all the aftermarket goodies you want for that AR-15—magazines, light rails, tactical slings, etc—but if the gun breaks all you efforts and spent dollars are pointless without a gunsmith on hand. If formal or casual gunsmith training isn’t your thing, you should at least have a general familiarity with any issues your gun may experience in the bush.

Beyond getting a good shop manual, make sure there are no special tools that you need to fix those little or big parts if they break.  This is a bigger consideration than you may think; some guns will require unique equipment to reassemble and some gun

makers/accessory makers have the unfortunate penchant for designing parts with their own proprietary tools in mind.  Go through that manual front to back and find out if there are any tools you need that you don’t already have—get them if you plan on keeping the gun running smoothly.

I also suggest you spend some time online, in the forums and perusing other user posting sites to see what problems other people who own the same make and model of your gun have experienced. When I owned a Beretta Storm 9mm carbine, the Achilles heel of that gun was the magazine spring. It held a ten round magazine just fine but when loaded with a high capacity factory magazine it fell on the ground every time I tried to slam it home. I spoke to the Beretta representative and he even informed me the magazine springs were the problem. A simple little part tied the gun up and even made it a single shot if I had no standard magazines on hand.

Invest well (and in twos)

The last two pieces of advice I will give you when it comes to keeping your “one” gun winning after the world quits is this: buy a gun that is as tough and reliable as possible and if at all possible, but it twice.  If you’re bug out bag gun is a handgun, don’t buy some 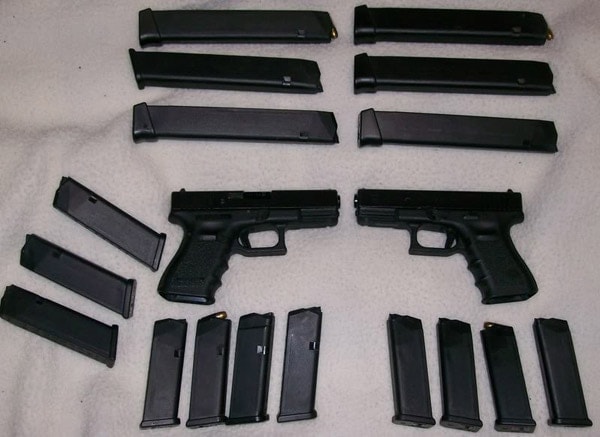 cheap model and expect it to last through the end of the world. A good Colt 1911, a Glock pistol, a Smith & Wesson revolver or a Ruger Blackhawk are all tried and true weapons that will provide years of service.

But they can all still break from the simplest things.  Remember, the more complex the guns the more parts to break.  A good bolt action rifle like a Model 70 Winchester or a stout lever like the Marlin 336 are as tough as they come, but don’t think they can’t fail.  That being said, it’s not too expensive to get two either.

So to recap: get the parts you need and learn how to replace them. If you really plan on using one gun to survive on, you could end up awfully thin if it breaks and instead of shooting that whitetail you have to try to beat it to death.