In his last column on wnd.com, rock musician and National Rifle Association board member Ted Nugent furthered the theory that no assault rifle was used by the gunman in the Sandy Hook massacre in December.

In a column directed towards Piers Morgan’s nightly tirade against guns, Nugent wrote, “Newsflash for he the sheeple Redcoat Piers: No so-called assault weapon was used in the grisly murders of the children and teachers in Newton, Connecticut.”

Nugent hedged his statement a bit by challenging the definition of an assault rifle saying that even if an AR-15 was used in the shooting, it “has more in common with a common .22 semi-automatic squirrel rifle than a military assault weapon.”

Nugent claim that no assault rifles were used is based off of a mysterious Pete Williams NBC news report that stated four handguns were used in the attack by the gunman, and that his Bushmaster AR was left in his car and not used in the attack.  This NBC news report proved to be false as a lot of misinformation was being circulated by media in the wake of the shooting.

The Connecticut State Police released an official document online detailing the guns found in the school.  And they released a followup statement warning people of the unknown sources and false media reports. 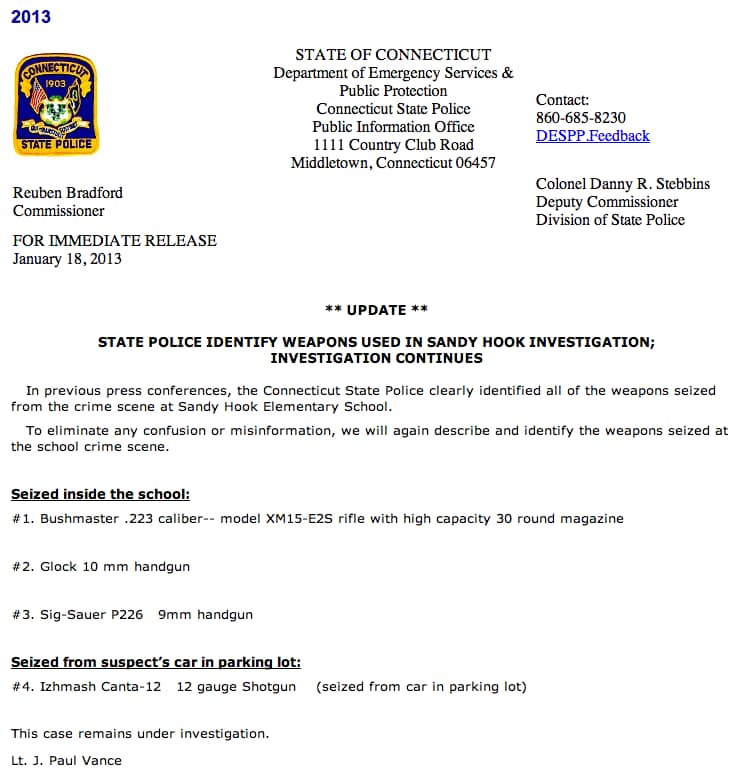 While the official information does dampen conspiracy theorists’ story that no AR-15 rifle was used by the killer, it doesn’t make Nugent’s views on AR-15 rifles less true. The widely disseminated definition of an “assault rifle,” a select fire rifle, does not apply to civilian AR-15s.