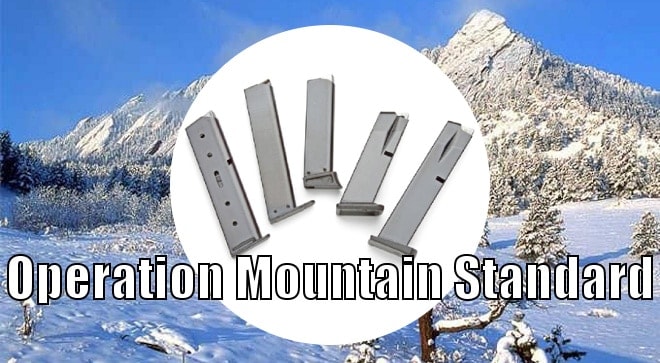 The State of Colorado Part III

Colorado is a major battleground state on the subject of gun control. Vice President Joe Biden spent a part of this month in Aspen, pressuring state legislators to support the four controversial gun control measures that have passed the state House and are on their way to the Senate.

Mayors Against Illegal Guns has also hired lobbyists to operate within Colorado, putting this local debate on the national scale.

But there are national-scale groups fighting to help protect gun rights in Colorado as well, including the grass-roots Reddit-led Operation Mountain Standard.

Upon hearing the now-confirmed rumors that Magpul will flood Colorado with magazines before any legislation will be voted on, the redditors started their own campaign to round up magazines from around the country and ship them to Colorado, where they will be given away to people who make a donation to the state’s gun rights organization, Rocky Mountain Gun Owners.

One of the proposed bills is a magazine capacity limit, that if passed, prevent people from purchasing handgun and rifle magazines larger than 15 rounds and prohibit shotgun magazines that hold more than eight rounds. 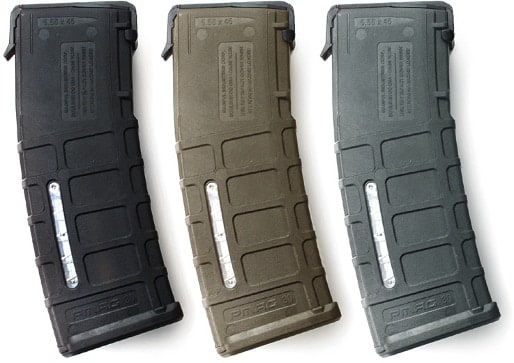 Operation Mountain Standard is calling for standard and extra-capacity magazines for common guns, not just AR-pattern mags. They want your Glock mags, your CZ mags, your SIG mags, your FAL mags … if it holds more than what the legislation would bar they want it.

The volunteers have already found a venue, a gunshop in Boulder, and anyone donating magazines may send them there or to the Operation Mountain Standard post office box. All the information is available on their website.

The day of the giveaway has been set for March 16. They’re currently looking for Colorado-based volunteers to help set up a tent and direct people around.  If you’re not in Colorado but want to help, you know what to do, mail ’em in.

This is an interesting way to raise money for RMGO in addition to supplying the people of Colorado with more magazines.

If you can’t make it to the event or don’t wish to support RMGO, in the next few days Magpul will announce the details of their plan to supply Colorado residents with low-cost magazines. Keep your eyes on their Facebook page.