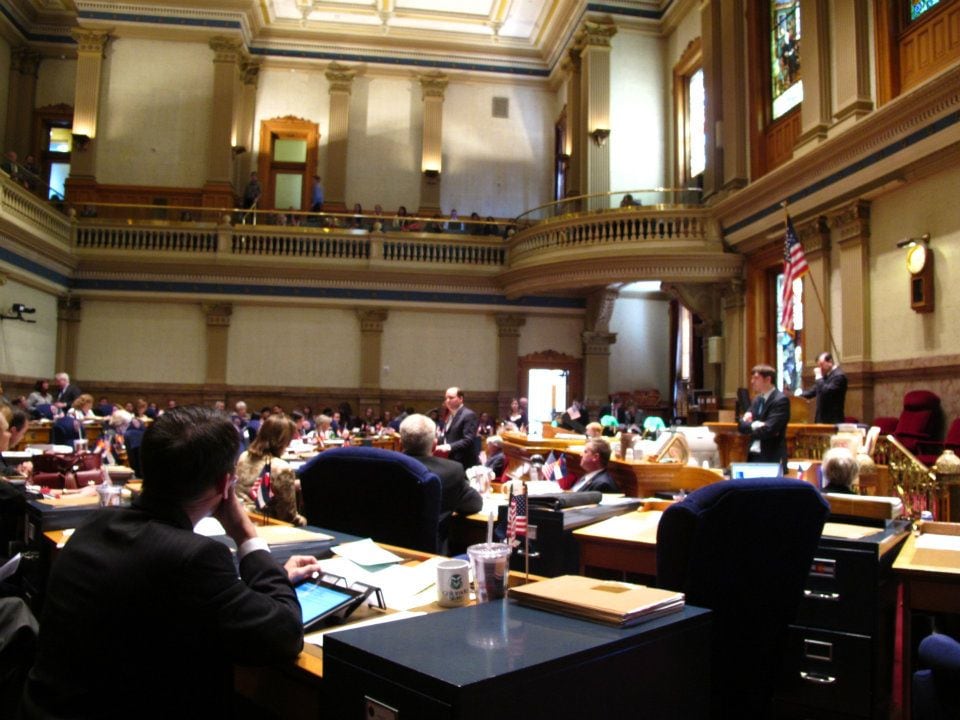 The State of Colorado part IV

Colorado Senate president John Morse has proposed yet another piece of gun control legislation for the state, one that would make gun manufacturers, distributors and gun sellers responsible for the actions of the people they sell or give guns to. This includes individual sellers, making everyone in the chain a potential target for civil suits.

The Senate Bill 196, also called the “Assault Weapons Responsibility Act”, was introduced Feb. 27 and it defines an ‘assault rifle’ as as any firearm other than a handgun, shotgun, bolt-action or lever-action rifle. The bill identifies two exemptions for use. The first is for defense of the home and the other for law enforcement. This bill would make a person liable even if they use a firearm legally, and also in the case of accidents.

“You fire this weapon, you own that bullet, whatever it does. These guns are four times as powerful as handguns,” Morse said. “That means they’re more effective at killing, they’re more efficient at killing, and they do a lot more collateral damage when they’re used.”

“There are people who believe they have the right to own these guns, but we need to be better at making sure that we’ve articulated clearly the responsibility that goes along with these guns.”

It could, and probably will be argued, however, that this law is in direct conflict with the 2005 federal Protection of Lawful Commerce in Arms Act which protects manufacturers and sellers from liability if an individual uses a gun in a crime.

SB 196 follows another even more far-reaching bill, HB 1043, which could make using and possibly having any firearm a felony. The house bill, which was brought to the table by Rep. Mike Foote, will be read by the Senate for a vote.

It’s very possible that HB 1043 is in violation of the Second Amendment, which clearly protects the right to keep and bear arms, and has been reaffirmed in recent Supreme Court cases such as the Heller and McDonald decisions. 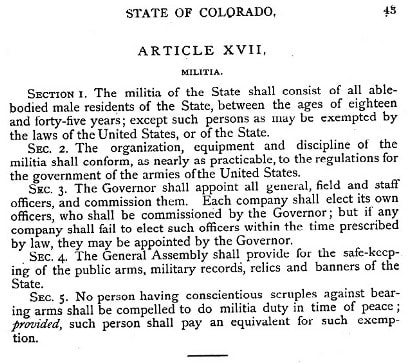 It may also violate the Colorado Constitution, which states that the firearms the militia — which is all able-bodied men between the ages of 18 and 45 — have access to equipment that “shall conform, as nearly as practicable, to the … the armies of the United States.”

Foote defended the bill, saying “When prosecutors are prosecuting someone for first-degree burglary, or sexual assault or aggravated robbery, and the person’s using a gun while they’re doing those acts, the person can argue, ‘Well, I didn’t really mean to use the gun as a deadly weapon.’

“It’s an extra element that the prosecutors shouldn’t have to prove. It leads, perhaps, to some absurd results or some absurd arguments,” he added, reinforcing the statement that this bill is to clarify existing law.

State Sen. Greg Brophy disagreed, saying “The way it is written now, just firing a gun is the use of a deadly weapon.”

“If you’re firing a gun that scares somebody and you don’t even know they’re around, that could be menacing,” Brophy said to the Denver Post. “I just don’t think he understands the secondary stage consequences of changing this definition.”

While these bills don’t have the same kind of traction as the main four gun control measures the Colorado Senate will debate next week, which would restrict magazine capacities, mandate and tax background checks and ban concealed-carry on campuses.