Gunmakers have long catered to individual markets. Today we have shotgun makers who concentrate on elegant hinge-break SXS shotguns for clay shooters, while others make camouflage pumps for hunters, and still others market black tactical jobs to those who ride C-130s to work.

Well, in the 1970s there was a guy in Connecticut who came about with the idea to make a police carbine that had a whole gamut of neat little features that no one else was making. That man was G.J. Fox and his gun was the Tac-1 Police Ca rbine.

What set it apart? Demonstrating the use of the Fox Carbines baton / stun gun attachment.

In 1971, Gerard Jerry Fox patented (US #3735519) a special purpose gun that immediately distinguished itself from the pack of carbines by incorporating a couple of head turning features. Marketed to the law enforcement, security, and corrections community, Fox’s semi-auto carbine was unlike any either before or since.

To keep the community safe in case the gun was captured, lost, or stolen, it had a combination lock that blocked the sear from firing. Yes, that’s right, a three-wheeled combination lock that could be set from 000 (factory default) to 999, like on a bicycle security chain. Additionally, a battery cell could be fit in the buttstock that powered a cattle-prod type riot control baton capable of delivering an electric shock.

And these were just bonus features; let’s look at the gun itself!

Folks looking at the gun for the first time, may describe as a version of the Thompson 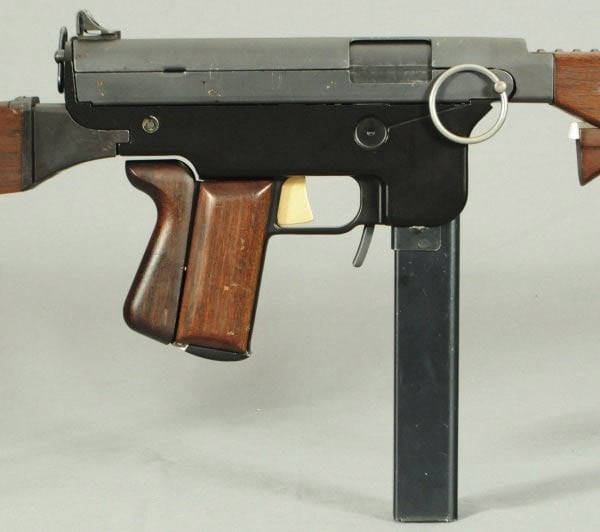 Submachine gun made by semi-skilled labor in a third world country. On closer look, it’s quick to see that rather than origins in South Korea or the Philippines the Fox hailed from Meriden, Connecticut.

In the late 1960s, the Meriden Firearms company had been making a semi-auto derivative of the M3 Grease Gun named the Eagle Carbine. After a fire ended the Eagle, Gerry Fox, the man behind the name, redesigned the gun and came up with the TAC-1 carbine under the name of the Tri-C Corporation.

The interesting thing about the receiver group was that it had an interchangeable barrel group. You could buy it in either 9mm or .45 ACP format but readily change between the two with the addition of the other barrel coupled with a bolt-face insert and magwell adapter. The 9mm was fed from the readily available STEN gun stick magazine, while in .45 ACP mode it used the mag of the USGI M3 Grease Gun. 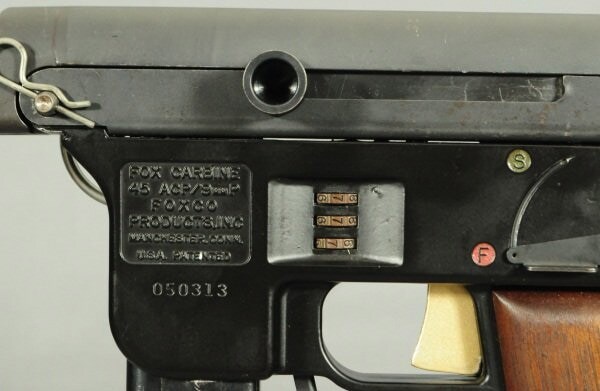 The gun fires from a heavy open bolt based on the Russian PPSH41 design. This bolt stays open after firing and slams forward to fire a chambered round. This contributes to poor accuracy and a very distinctive rattle feel when firing. So that the gun didn’t fire from an open bolt when dropped (the open bolt WWII STEN gun was infamous for this), Fox designed a grip safety that had to be depressed for the gun to be able to fire. To keep the force of the recoil down on the pot metal (A380 aluminum die cast alloy) receiver, the Fox used a hard rubber phenolic shock-buffer device. The gun was designed in both select-fire full auto with a 675-rpm cyclic rate, and semi-auto variants. The gun was modular and the trigger group was interchangeable between the two variants. In a 1974 article, the reviewer was able to switch from one group to the other in 63-seconds.

Overall length was 35.75-inches with a 16.75-inch long barrel with a muzzle break/flash hider attached. Grips and forearms were constructed of stained American walnut. Overall weight when unloaded was 8-pounds.

Only produced from 1974-76 by Tri-C, the company Fox started was ended by a fire that destroyed the plant. The design was picked up by a local machine shop, that kept Fox on 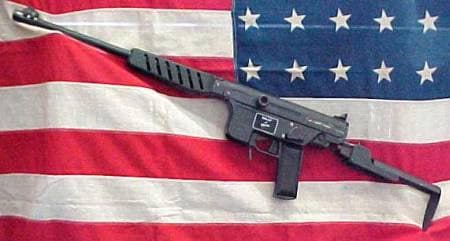 apparently just long enough to get the gun into production first as the reborn DERMO TAC-1 and later as the XF-7 Wasp after Fox left the company.

The Wasp used plastic furniture rather than the walnut of the Tri-C guns and did not have the combination lock as Fox directly patented it. Dermo themselves seems to have given up the ghost by the time the Hughes Amendment closed the door to open-bolt firearms for the masses in 1983. The guns originally retailed for $162.50 in 1974, which is about $746.21 when adjusted to today’s dollars.

First, these guns are rare, but not rare enough to be truly collectable… yet. Made 1974-83, the market never really picked up on these guns. Their pot metal receiver wasn’t a hit with law enforcement when products like the UZI, S&W 76, and others offered more options and better quality. Civilian sales likewise were poor and many of these guns when found today are in bad shape. Fox offered a 5-year warranty with his original guns but the thing was that the company folded before even that short time was up. 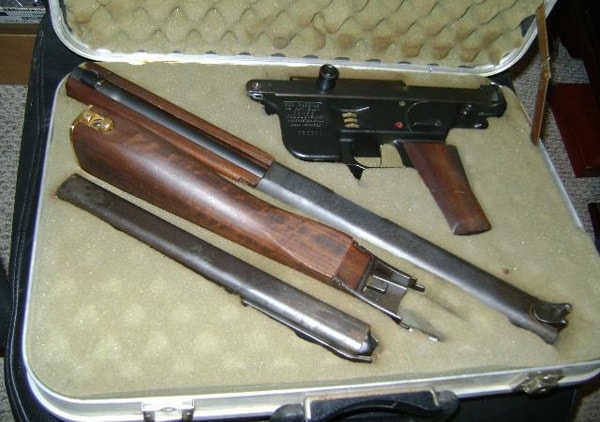 Tri-C guns are easy to spot because of their easy to identify markings on their receiver and their wooden grips. Dermo made guns can be identified by clear markings as well. If you can find one with the optional briefcase and manuals, then you have a nice find indeed. As an option, some guns shipped in a factory-supplied locking case complete with a combination lock and green egg crate foam. As such, the gun would break down into its four main components (receiver unit, buttstock, forearm/barrel, and magazine) for simple storage and transport.

They often show up on Gunbroker, Armslist etc. and tend to go for about $750 today in working condition. If you buy one, be aware that replacement parts are hard to find meaning the gun may be more of a collector than a shooter.

The bolt face insert and magazine well adapters that convert the gun from 9mm to 45 seem to be one of the most sought after items. The shock buffers tend to become brittle with age and if the gun is shot too often without one the receiver develops cracks.  In kind, always be on the lookout for stress cracks on the receiver when looking at a used Fox. Also be wary of guns that have been set to an unknown combination or if the lock has been drilled or punched out.

Will the Fox Carbine ever come back? Odds are its wont, at least without some major modifications and an improved receiver design. Since its capability to fire from a dreaded 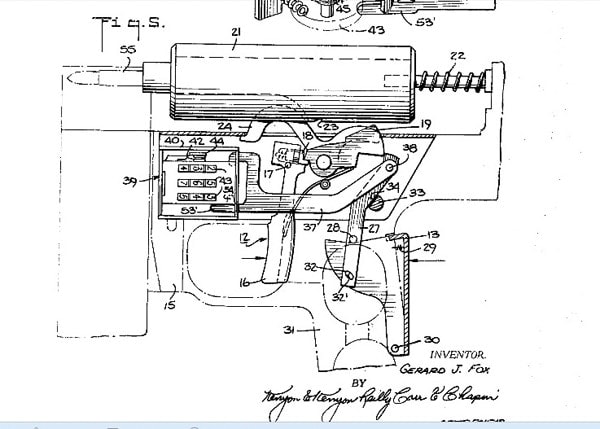 open bolt is highly regulated by the 1983 Hughes Act, that fact alone would preclude it from manufacture today.

Stephen King of Meridian, Connecticut runs the Fox Carbine website and sells some replacement parts if you have one of the guns. It may be wise to stock up just in case Stephen gets tired of running his support group for Mr. Fox’s current owners. Otherwise you just have a rare curio that’s too interesting to shoot.

Heck, I’m just waiting for someone to notice the cattle prod accessory idea. Maybe one compatible with Picatinny rails.