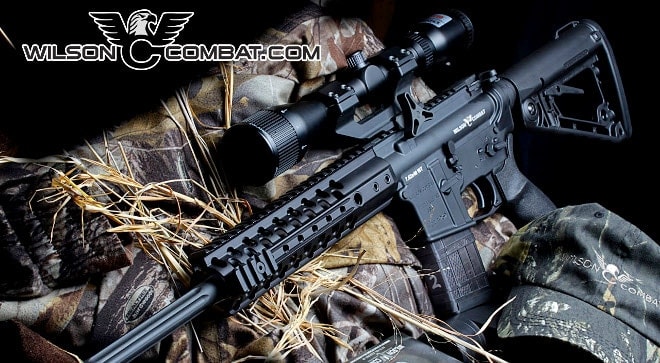 Wilson Combat, famous manufacturer of premium 1911 pistols and AR-15 rifles, had put themselves on the ever-growing list of manufacturers who are making it a matter of policy to not supply law enforcement in states with prohibitive gun control.

Simply put, if your people don’t have access to the guns they want, neither can your police.

“Wilson Combat will no longer provide any products or services to any State Government imposing legislation that infringes on the Second Amendment rights of its law-abiding citizens. This includes any Law Enforcement Department, Law Enforcement Officers, or any State Government Entity or Employee of such an entity. This also applies to any local municipality imposing such infringements.

These types of policies are getting to be as popular with manufacturers as they are with the buying public, with the New York Boycott Tracker now listing 110 companies that refuse to sell to law enforcement (at the time of writing this).

While many of the companies are smaller, Wilson Combat is up there with LaRue Tactical, Spike’s Tactical, Barrett, Bravo Company USA, Primary Weapon Systems, Midway USA, CMMG, Volquartsen Custom and several more other big names in the industry that have halted sales to police departments and other agencies in New York and in most cases, other states as well.

This is a direct response to gun control measures enacted recently as well as in the past, as all of these places have had long histories of strong gun control laws.

Still, we have yet to see any of the major manufacturers enact similar policies, such as Glock, FNH USA, Smith & Wesson, Springfield or any other primary service rifle or pistol manufacturers.

ArmaLite is up there and does quite a bit of law enforcement sales, and while it is their policy not to sell to departments in geographies that have severe anti-gun legislation, their announcement that they do sell to individual officers — cops buying service rifles with their own money — caused a recent stir.

Gun owners will no doubt reward Wilson Combat for enacting this policy, in particular because of how wide-reaching and comprehensive it is. We’re pretty sure Wilson Combat isn’t losing a lot of money to the Honolulu P.D. with it, and they’ll more than make up for it with sales to the public.